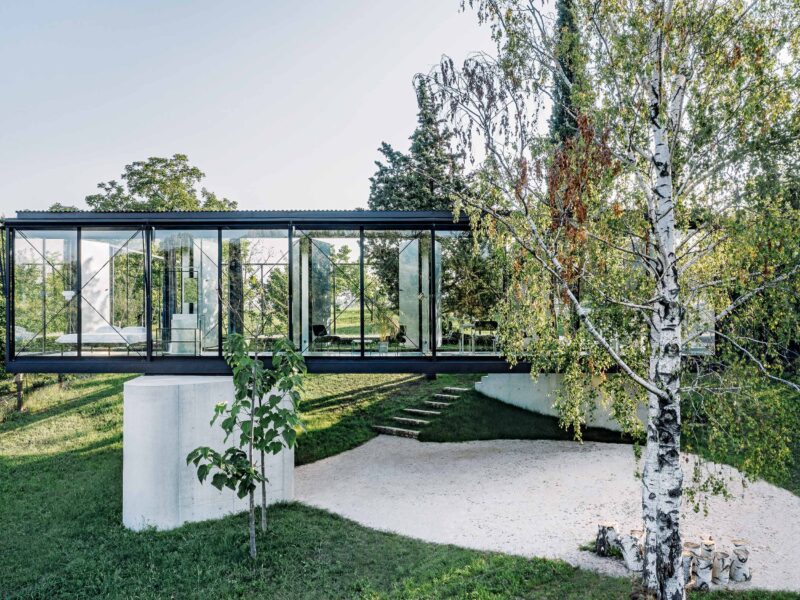 A patch of land on Avala Mountain in rural Serbia sets the stage for a gridded, steel-frame structure by TEN Studio.
Explore Story
0
0
0

Explore Story
Founder of Manhattan firm MR Architecture + Décor, David Mann’s more minimal brand of architecture would seem, on the surface, at odds with 18th-century anything, not least the red-bricked house he shares with his partner Fritz Karch.
0
0
0

Explore Story
“Ehrlich Yanai Rhee Chaney Architects works in a modern idiom but without a set vocabulary or language,” explains architect Takashi Yanai, a partner at the firm, its Residential Studio Director since 2004, and the current leader of its San Francisco Studio.
0
0
0

Explore Story
Vaux Le Vicomte: A Private Invitation by Guillaume Picon tells the fantastic tale that begins with Nicolas Fouquet’s elaborations and ends with the efforts of its current third-generation stewards, the de Vogüé family, to ensure Vaux endures.
34
0
0

Explore Story
Fantasies of life set in Southern California inevitably involve water. It might be a pool, its mirrored finish punctuating a green lawn. It might be the ocean, pounding away at the shore, its foaming waves full of promise.
0
0
0

Explore Story
Originally built in 2005 and located in Montauk, New York (a half-mile from the local beach and a short walk to the state park), the Edison Bungalow started its new life in August 2020.
0
0
8

Explore Story
Rich in decorative tensions, the sumptuous, generously dimensioned residence is a reflection of its well-traveled owners’ refined eye for style and design.
0
0
0

Explore Story
It’s on this narrow line between the ephemeral and the realistic that the firm performs their subtle, yet powerful, balancing act, creating homes that manage the trick of being both eminently livable and undeniably luxurious.
0
0
0

Explore Story
Housed in the Biscuit Company Lofts building—which was erected in 1925 as the West Coast headquarters of the National Biscuit Company (Nabisco)—in Los Angeles’ Arts District, the 1,620-square-foot loft space was initially transformed into a two-bedroom apartment.
0
0
0

Explore Story
Since its debut in 1943, IKEA has been a pioneer. At that time, its founder, Ingvar Kamprad, was only 17 years old. He started the company with a small sum of money that his dad rewarded him for doing well in school. He chose the name IKEA as an abbreviation of Ingvar Kamprad from Elmtaryd (the family farm), Agunnaryd (the nearby village, located in southern Sweden). The rest is history.
0
0
0