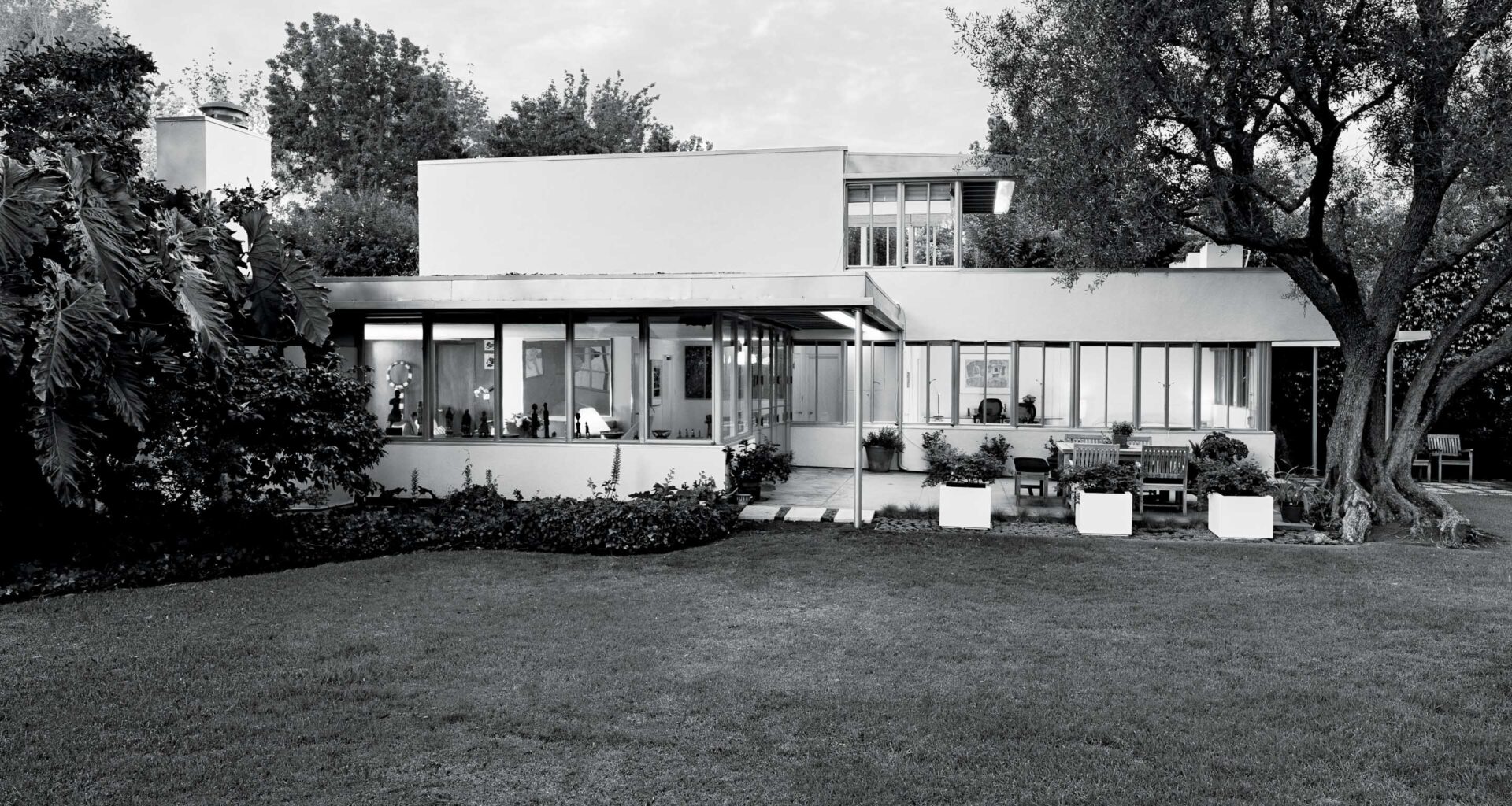 Richard Neutra’s 427 Beloit Avenue: Once Upon A Time In Los Angeles

Richard Neutra’s 427 Beloit Avenue in Brentwood finding its way to market for the first time since 1950. The structure has received few updates, and remains as compelling, exciting, and indeed, as relevant as it was when it was first revealed to the public.
Total
2
Shares
2
0
0

One of Richard Neutra’s Most Storied Homes, Now on Offer for the First Time Since 1950, Is Proof the Architect Was Well Ahead of His Time

Modernist architecture certainly found many awe-inspiring expressions around the world, in few places did its philosophy echo the zeitgeist as it did in California. Fueled by the latest technologies, including aerospace, mass production, and, eventually, computers, the West Coast has always been fertile ground for innovative ideas.

Modernism’s strong designs and its focus on the future dovetailed with the area’s rapid growth, creating the ideal backdrop against which to flourish. It was an environment that proved catnip to architecture’s most nimble minds. Richard Neutra‘s work stood out even among this legendary group. Many of the ideas he incorporated, radical at the time, anticipated how we live today.

Witness this home at 427 Beloit Avenue in Brentwood. Richard Neutra created the Douglas fir Plywood Demonstration House for the 1936 California House and Garden Exhibition. The house was raffled at the end of the show and won by attorney Stella Gramer, who working with Architect Harwell Hamilton Harris, had it moved to the beautiful site it sits on today.

Finding its way to market for the first time since 1950, the structure has received few updates, a testament to the German-born architect’s progressive ideas and his innate understanding of the California lifestyle. (To give further credence to his vision, the house would spark the Case Study House Program a decade later; the editor of Arts & Architecture, the magazine that sponsored the program was John Entenza, the son of Gramer’s law partner. Richard Neutra, naturally, was one of the marquee participants; he designed Case Study House #20.)

Like his peers, Richard Neutra championed the use of simple materials and straightforward construction. While many of his contemporaries undertook to blur the line between indoors and out, Richard Neutra took that idea one step further.

Harkening back to his apprenticeship under renowned landscape designer Gustav Ammann, he strove to create a harmonious relationship between the structures he designed and their environment.

He considered his homes “machines in the garden”—useful, spare, and functional, free of needless decoration or extraneous embellishments. Yet, spare did not mean spartan. Richard Neutra’s aim was to create peaceful environments that would serve as a respite from the chaos of everyday life. The seamless flow between indoors and out suggested nature was the remedy; in his eyes, the beauty of the natural world was imperative to a happy well-centered life.

A simple metal-clad solid core door marks the entrance to the property. Chosen as much for its simplicity as for its security, it merges with the neatly trimmed greenery, deftly dividing the property from the street. Along with a garage, the simple street view belies the expansive two-lot garden space that hides behind the gated facade. Architect Harwell Hamilton Harris worked with Gramer to perfectly position the home, orienting it towards its most serene vision.

“It backs up to a hillside and the Golf Course so you really have the feeling of a park-like atmosphere,” notes realtor Crosby Doe.

The original residence sits on one lot while an artist’s studio, also designed by Richard Neutra, sits on the other. Created for the home’s most recent owners, William Brice, the son of the comedian Fanny Brice (immortalized by Barbra Streisand in “Funny Girl” and its sequel “Funny Lady”), it’s perfectly positioned a discrete distance away from the main house and can easily be used as a studio space, a classroom, a gym, or converted into another house with a completely separate address.

Balconies, verandas, decks, and a large patio, shaded by a well-established olive tree, extend the home’s rooms into the landscape, anticipating Southern California’s focus on living outdoors. The result is an interior that finds the ideal balance between open and cozy.

With Richard Neutra’s intimate understanding of light and shade, he chose mostly warm materials—wooden walls and floors, the kitchen’s stainless steel countertops and blue tiles, blue linoleum—that enhance the views, the movement of the sun, and the changing landscape to create a home that tangoes with nature’s ebbs and flows rather than fighting against them.

Underlining the home’s expansiveness are steel multi-paned folding doors and windows that invite the outdoors inside, (scenic artist Oscar A. Ramirez, who works with Universal Studios, spent a year restoring the metallic glow of the frames to their original lustrous patina).

Note the horizontal band of clerestory windows that skip across the top of one wall of the living room. They not only counterbalance the strong steaming through the room’s large main windows, but they also provide a generous expanse of wall area on which to display art and, just as importantly, a shaded spot in which to escape the powerful midday sun.

The allure of the home—and indeed of Richard Neutra’s work—lies in the architect’s ability to understand that a house must not only look good and function well, it must also address unspoken human needs—for privacy, for seclusion, for safety. Note the lights embedded in the home’s eaves. Not only do they illuminate the patio and landscaping at night, but they also eliminate the mirrored glass effect on the interiors, bringing the outdoors in.

Steeped in the history of Southern California, here is a home that has stood the test of time because it celebrates what living here is all about: our love of beauty, of the outdoors, and of feeling one with nature; our need for privacy and a respite from the increasing demands on our time. It seems that the more things change, the more they remain the same. It’s something the architect understood and why his work has withstood the test of time.

Explore Story
A new modern coastal residence is soon to be unveiled in the beach community of El Segundo. Designed…
0
0
0
Explore Story
A Luxe New Oceanfront Penthouse Sets the Stage for Easy Strand Living on a Grand Level Instead of…
0
0
0
Explore Story
Famed rocker Joe Walsh is listing his Beverly Hills Post Office villa for $5.3 million. According to Variety,…
0
0
0
Explore Story
For the last seven years, Cathy and Robin have transformed a modest 1973 Tahoe cabin into their personal retreat. Now, this humble space—prioritizing simple, beautiful living—is available for short term rent and interior inspiration.
0
0
0