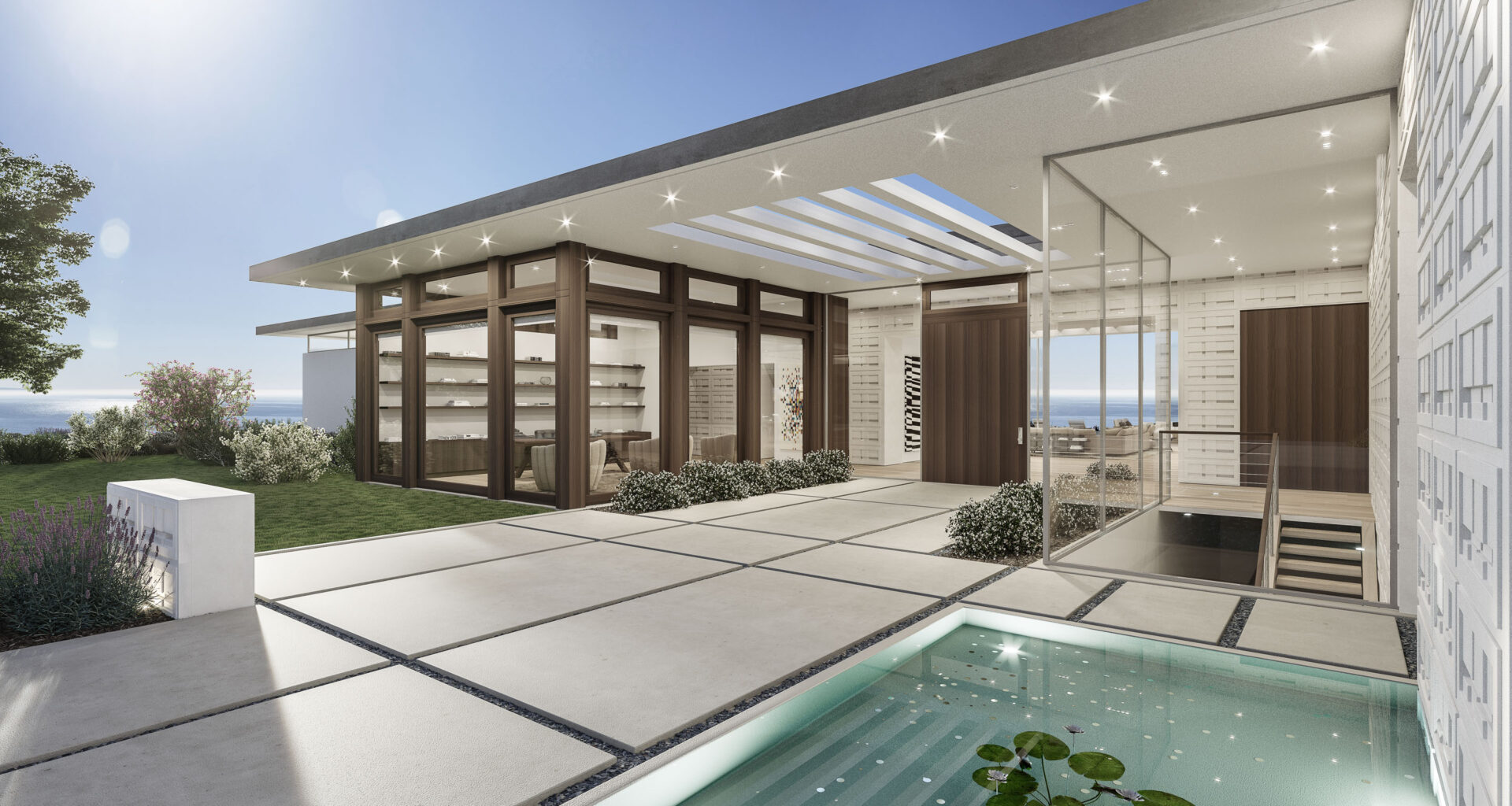 The Case House No. 3 Oceanview Residences is Taking Shape in Malibu

Last year, designer and builder Scott Gillen purchased one of the last remaining undeveloped parcels in Malibu for $50 million in what has been recorded as the largest land deal in the city’s history.

Now he’s in the midst of creating his latest project on the site: The Case House No. 3, consisting of a guard-gated community featuring five single-story, Mid-century modern residences situated atop a bluff offering panoramic coastal and mountain vistas.

“When the project was listed for sale, I walked the site and the concept just came to me, and I knew that I was going to buy it. The views from the property are extraordinary, and the project was approved for one-story homes, which I love.”

“I followed the project for many years as it wound its way through a very long entitlement process,” says Gillen, president of UNVARNISHED, who has designed and built 23 houses to date and is for the first time collaborating with an architect, Richard Landry, on the development.

Set on 24 acres at 24108 Pacific Coast Highway in the heart of Malibu—just minutes from the Cross Creek, Malibu Village, Malibu Creek Plaza and Malibu Colony Plaza shopping centers, as well as Nobu Malibu and Little Beach House restaurants—the community is set for completion in mid-2020.

Prices start at $40 million for the estates, which will range from 10,000 square feet to 12,000 square feet and feature lots as large as 5.5 acres. Expect residences reminiscent of the Case Study Houses built primarily in Southern California in the 1950s and ’60s by architects such as Richard Neutra, A. Quincy Jones and Charles and Ray Eames (hence, “The Case”), but with updated touches such as zinc roofs and large open spaces ideal for family living.

“I have lived in Malibu for the past 30 years, and this was truly the last premier undeveloped site in the heart of the city,” says Gillen.

“As for the location, it’s an unsurpassed opportunity to create what I like to call an architectural mountain.”

Explore Story
While strolling along peaceful, tree-lined De Pauw Street in Pacific Palisades, you pass many nice homes in various styles: Mediterranean, Plantation, Nantucket Modern and more. There are even a few charming ranch homes from earlier decades. When you arrive at the curb of this fresh contemporary home, though, you’ll likely stop for a double take.
0
0
0
Explore Story
The opening of the city’s design debutante marks new territory for Knoll, which comes to L.A. by way of New York City and has only two direct-to-consumer retail locations—our local outpost the sequel to its longer-running show in NYC. Coveted for its modern designs—those geometrized, cleaned-lined things from Mid-century Modern masters like Ludwig Mies van der Rohe and current L.A. legend Frank Gehry—the au courant emporium is meant to connect two of the city’s more prolific communities: residential design professionals and consumers.
0
0
0
Explore Story
Now owned by singer and entertainer Michael Feinstein and his husband, Terrence Flannery, it’s on the market for $12.75 million, complete with an underground tunnel for secret entrances and exits, sweeping city to ocean views and fabulous grounds showcased by formal gardens.
1
0
0
Explore Story
The market shifts into neutral with the modern white kitchen Written by Jenn Thornton | Photos Courtesy of…
0
0
0