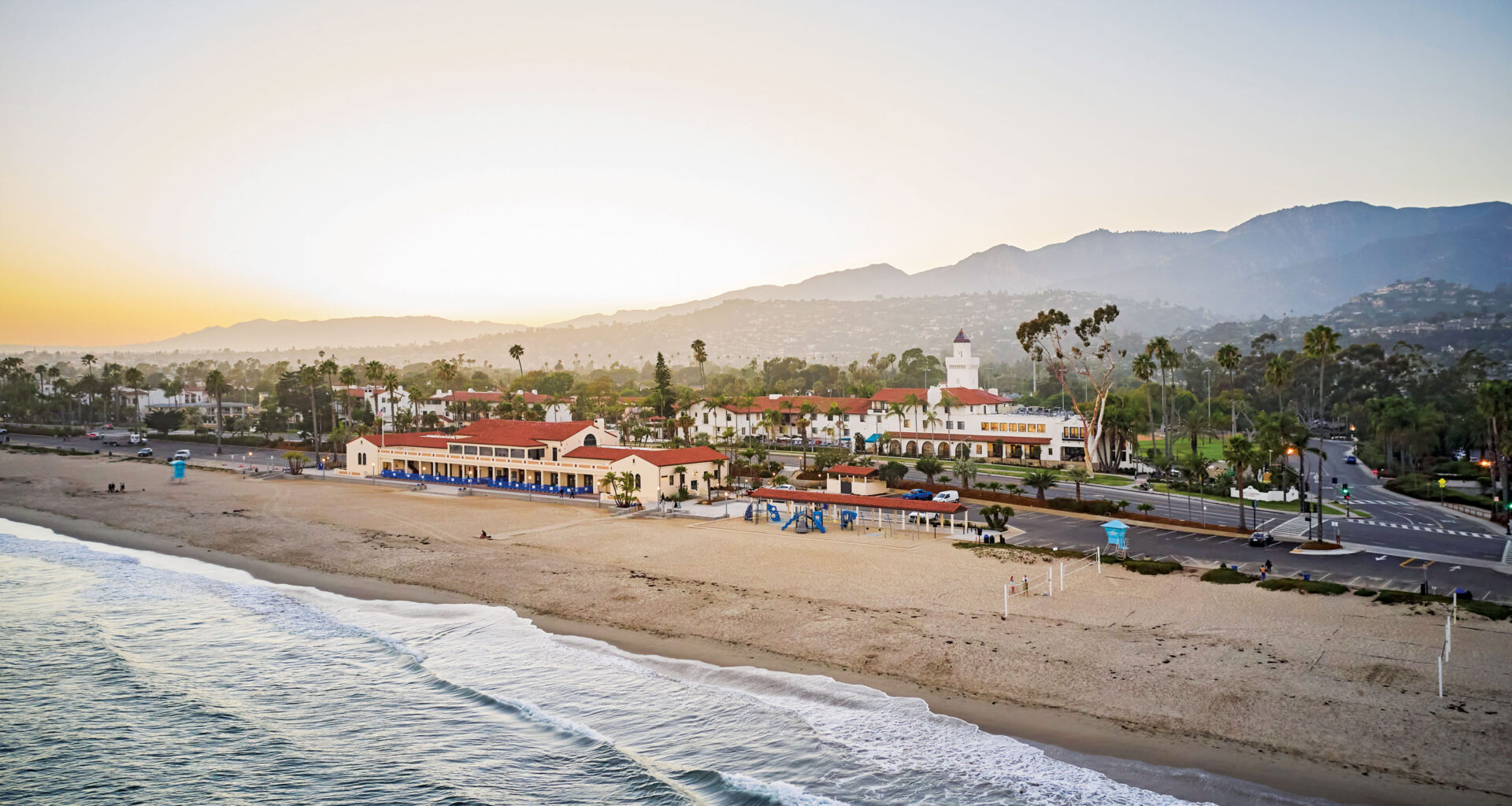 Los Angeles-based interior design firm Beleco recently revealed the result of an ambitious task consisting of remodeling a Spanish revival beachfront hotel, which opened its doors along the coast in 1931.
Total
0
Shares
0
0
0

In Santa Barbara, the Mar Monte Hotel Starts a New Chapter of Its Life Thanks to a Recently Completed Renovation That Honors the Past While Looking to the Future

With its five individual buildings influenced by Colonial architecture and art deco, the Mar Monte Hotel in Santa Barbara is a jewel that needed to be both preserved and revived. Original features such as the grand staircase and the painted beams were naturally protected by the Beleco team, who looked at the DNA of the property as the starting point for their intervention to bring it back to its former glory.

“The rough stucco on the exterior and the textured plaster walls and ceilings on the interiors made clear that the design had to embrace the quirky and less refined qualities,” says Christian Schnyder, principal at Beleco.

“The material and color selections were chosen to work with what existed, rather than trying to force the building into something it could not become.”

Character and authenticity prevail throughout, including in the guest rooms adorned with Moroccan-inspired carpets as a reference to the Moorish influence of Spanish colonial architecture, among other elements.

In the poolside Café Lido, the Moroccan zellige tiles also celebrate the hotel’s past while hanging plants introduce fresh touches.

“Located in what used to be the main entrance, the iconic arches and ceiling are part of the building’s original architecture and now act as a stylish focal point to expose its significant history,” describes Christian Schnyder, who also used custom hand-painted murals depicting local flora and fauna, as well as “pencil sketch” floor tile to evoke an artist’s studio.

Situated in what was a dining room in the 1930s, Costa Kitchen & Bar—an independent restaurant within the Mar Monte Hotel—was also transformed by Beleco, who took cues from Italy‘s Amalfi Coast to “bring a taste of the Mediterranean to the California coast” as Christian Schnyder says.

The space was completely reorganized to create different areas that connect to each other, a newly designed patio provides diners with exceptional views of the Pacific Ocean and a large wine room is now part of the intimate restaurant.

The vibrant yellow chairs and the custom wallpaper with motifs of lemons—an ingredient often found in Mediterranean cuisine—add visual dynamism to the whole.

With a combination of influences from several eras, all the public and private areas of the Mar Monte Hotel hold surprises at every turn.

“The interiors are an eclectic mix of modern, art deco and Spanish revival,” says Christian Schnyder. “The design unifies the hotel and gave it back its soul, charm, and relevance.”

Explore Story
From its inception in 1927, the Academy has had the ambition to create a museum to tell the story of cinema. Starting with just 36 members, the organization today comprises more than 10,000 accomplished individuals working in the industry.
0
0
0