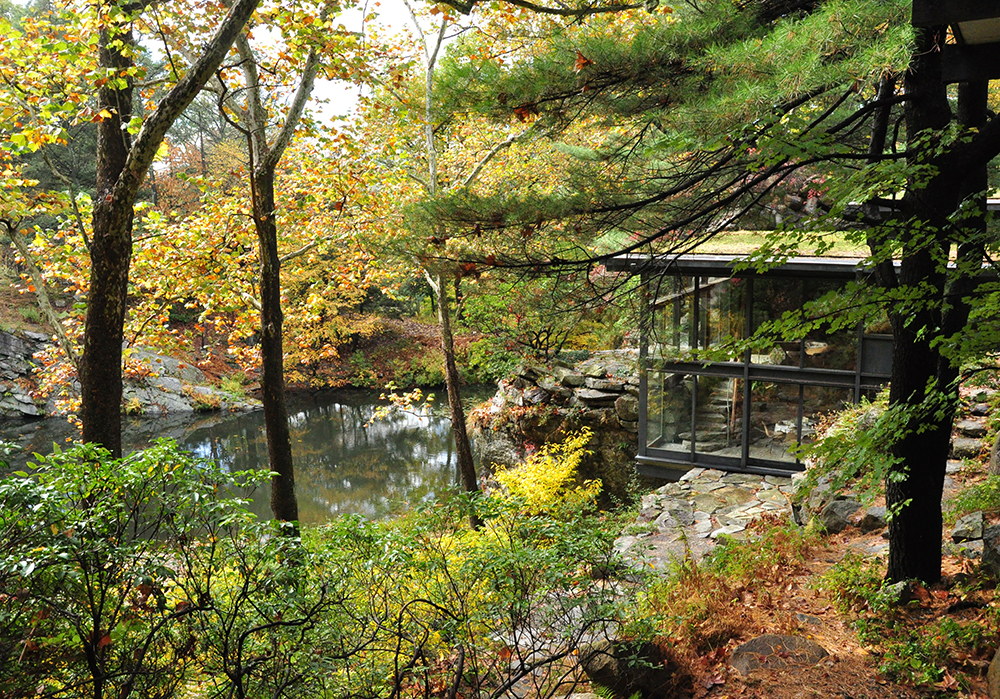 The Art of Preservation

In considering all that ancient places articulate—from beauty, identity and memory to community, continuity and a sense of the sacred—one must contemplate the world without them. It’s a disorienting idea, this absence of fundamental attachment. A kind of cultural dislocation, as we are, principally, in and of place.

“We were born into place, and we live all our lives in place,” explains Thomas Mayes of the National Trust for Historic Preservation. “Where we are born and live has a tremendous impact on our lives. Artists are often keenly aware of this connection, even if not consciously, and I think you can read that connection at artists’ homes and studios.”

Of the buildings in this singular category, some of the most culturally significant are part of the Historic Artists’ Homes and Studios (HAHS) program, which developed out of an initiative proposed by the National Trust for Historic Preservation in 1999 to recognize architecture not directly under its umbrella that nonetheless was making valuable contributions to the preservation of its buildings and collections. With financial support from the Henry Luce Foundation and Wyeth Foundation for American Art; the formation of an expert advisory committee to establish rigorous guidelines for membership; and the appointment of a full-time program manager to expand the program for the public and consortium members, HAHS now operates as a coalition of 36 “associate sites” of the Trust, all former homes and studios of American artists. HAHS represents an even greater number of artists, however. Two properties in the program—the Bush-Holley House and the Florence Griswold Museum, both in Connecticut—served as art colonies for multiple Impressionist painters, for example, while the Pollock-Krasner House and Study Center in New York was home to two Abstract Expressionists, Jackson Pollock and Lee Krasner. Collectively, HAHS sites work in partnership on a scope of mutual issues, from preservation to promotion.

“What’s really important about these places is that they represent not just the history of one person,” says HAHS Program Manager Valerie Balint. “It’s the history of us.” Like art itself, this essential humanness, in all its complications and elegance, bridge most every divide. HAHS, therefore, might be looked at as a composite response to America’s rich artistic culture. Its properties represent artists from different eras, artistic styles and backgrounds. Names are both known and unknown, artwork ranges from traditional painting and sculpture to the craft tradition, woodworking and beyond. The artists who created this work are “part of the creation of national identity,” adds Balint.

Reinforcing this idea is HAHS’ nationwide reach, with its sites stretching east to west. This includes where the program is administered—Chesterwood, the home and studio of sculptor Daniel Chester French. In New York, there’s the ornamental Olana, with its grand, rambling landscape, home of Hudson River School painter Frederic Church, and the heavily wooded Manitoga, belonging to mid-century modern industrial designer Russel Wright. Out west, in Great Falls, Montana, is the C.M. Russell Museum (the first such institution dedicated to western art), featuring the Charles Marion Russell House and Studio, as well as the Alta Loma, California site, the Sam and Alfreda Maloof Foundation for Arts and Crafts, dedicated to woodworker Sam Maloof, maker of California Modern furniture.

Despite immense differences in geography and architectural vernacular, every artist’s home and studio is a deeply personal place, but unified in that each is what Balint describes as an “incubator for ideas” that taps into the “human impulse to create and express.” Indeed, sites also function as an excavation into the creative process; visitors are privy to the same scenes and tools of the artists for an intimate sense of what they saw, how they felt, and the depth of their labor.

“This is very different than what you see in a museum, which is what I call the output—the end of a physical and intellectual process,” says Balint, “where you tend to be removed from the person who made it. These environments offer an immersive experience.”

One where the rich specificity of a space forms a fuller, more illustrative picture of the artist as both creative and creator. Where a museum tends to support a static experience, the artist studio is a place where the past is not something embalmed, but always and engagingly of the present.

Offers Mayes, “These homes and studios are important for today, for what we can learn, and how we can be inspired. I love it when these places of creativity continue their creative legacy and are used to inspire new work in the present. That’s really their greatest power—to give us insight [into] who we were and who we are, and to inspire us in who we may become.” A creative force for generations to come. ArtistsHomes.org.