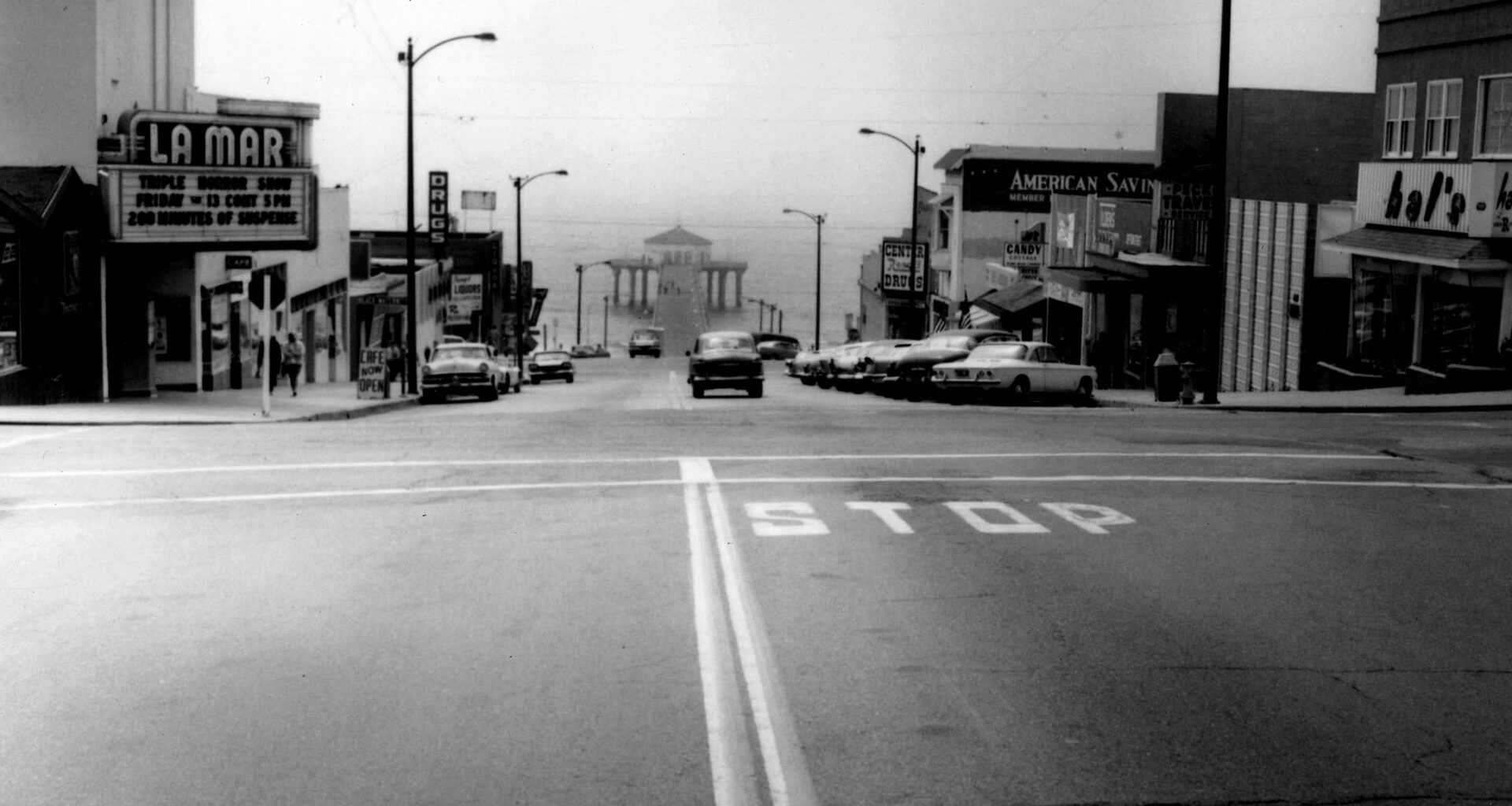 The intersection of Manhattan Avenue and Manhattan Beach Boulevard has been the focal point of activity in Manhattan Beach since the city’s inception. In the late 1930s it got a little busier with the La Mar Theater.
Total
0
Shares
0
0
0

In the 1930’s, the area became more developed and provided ample parking on both sides of the street, allowing people easy access to the many new shops. Since that time, there have obviously been many changes in the area over the years. Almost all of charming “mom and pop” shops that used to dot these streets are long gone, but memories of those times remain for many long-time residents.

For a long time, the cornerstone of this area was the La Mar Theater, which opened in 1938 and was located in the 200 block on the south side of Manhattan Beach Boulevard. The large construction reportedly represented one of the more outstanding art deco structures in all of California. At a cost of $65,000, the interior of the theater featured modernistic sea motifs, blue ceilings, and mirrored walls.

The theater boasted a state-of-the-art design for that time period and was part of the popular Pacific Theater chain. From the first day of operation, it was considered a place one could go to escape from the harsh realities of the Great Depression. From the onset of World War II, the theater was a place of inspiration, showing war movies with praise for the American soldier to appreciative audiences. Theater patrons could also buy U.S. War Bonds at the theater, and afternoons could be spent meeting friends to watch cowboy movies and cartoons.

Former La Mar employees have fond memories of the long ago. “I used to work there from 1977 to 1978,” said Devon McPherson Ferry. “We used to take turns going in to watch the movies. And I went to that theater my entire childhood and teenage years – I used to walk there from my house in the summers to see the kiddie movies they showed in the mornings.”

In 1977, the La Mar underwent a revamping and became partitioned so it could be a multi-screen theater and offered three movies instead of just one in order to compete with the newer, popular multi-screen theaters in the area. Times changed, however, and even bigger theaters were built with the latest in sound technology, a lot more seating, and, eventually, more amenities to be included in the audience’s theater experience.

The competition from these theaters, along with rising film costs, forced the La Mar to close its doors permanently. Demolition of the landmark building took place in July of 1981 to make room for an office building and several retail stores. (Ironically, the new office complex sat dormant for 10 years reportedly due to a building glitch.)

Today, as you drive west on Manhattan Beach Boulevard down toward the Manhattan Pier, there are numerous downtown shops and eateries to choose from. This bustling area is still the focal point of activity for Manhattan Beach. The only thing missing is the charm of the old La Mar Theater.

Explore Story
Upon moving to L.A. a few years after graduating from law school, Brianna Abrams missed the down-home warmth…
0
0
0
Explore Story
New this summer, an aptly expressive exhibit at the Getty paints a compelling picture of David Hockney Written…
0
0
0
Explore Story
A high-end, Spanish-style restaurant designed by Studio Collective is among the recent updates to a Santa Monica landmark Opened…
0
0
0
Explore Story
Touted as the loftiest building west of the Mississippi River upon completion in 1926 (at 15 stories tall) and having the distinction of serving as the site of the first Academy Awards after-party in 1929, The Mayfair Hotel claims a rich history.
0
0
0