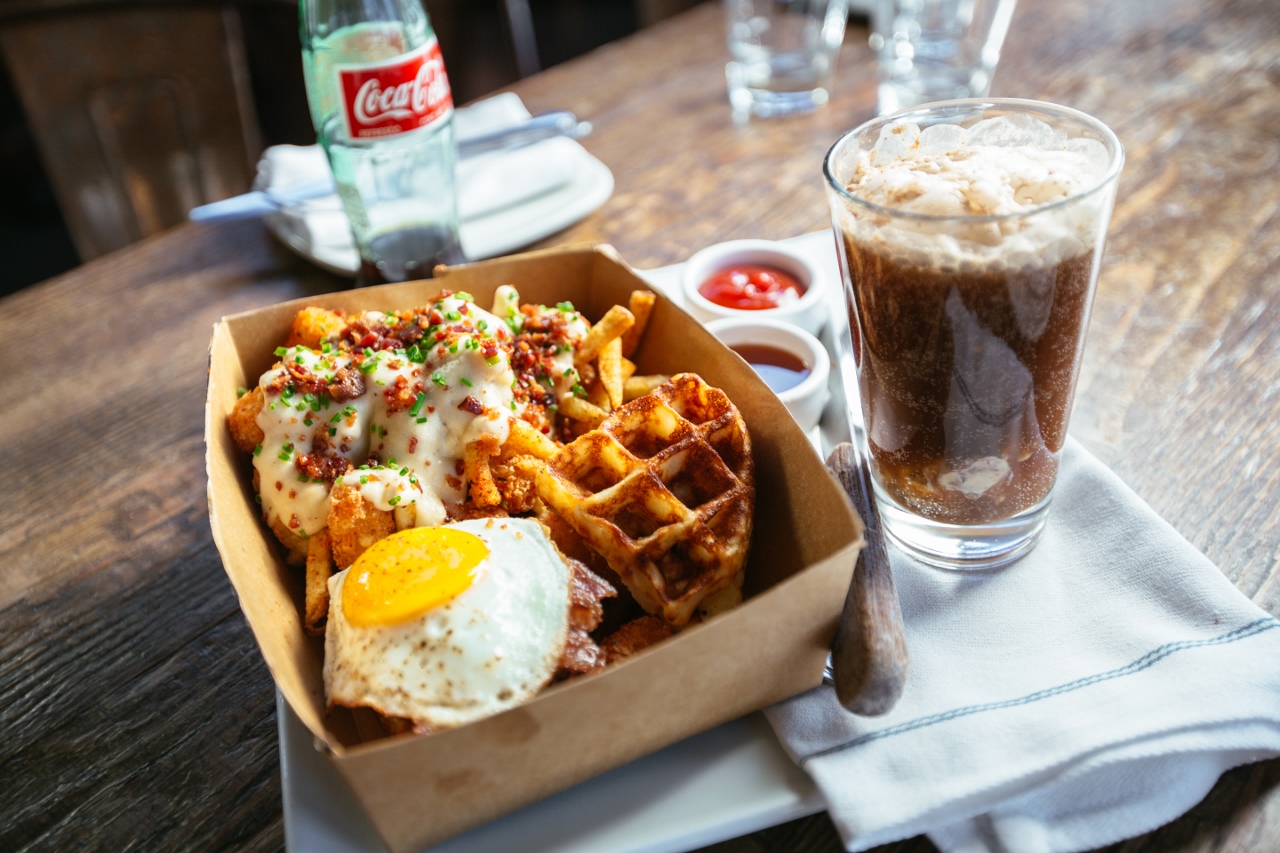 History repeats itself in a 1920s era building in the heart of Hermosa Beach.

Originally built as a Baptist church, the historical building at 1301 Manhattan Avenue has evolved over time to serve as a place of worship, a brewpub, a combined living and rehearsal space for influential punk bands like Black Flag, a bustling bar with a mechanical bull, and now, a chef-driven restaurant turning out delicious food in a modern space that pays homage to its historical roots.

Graffiti by local punk musicians adorns the walls of the restaurant, which is anchored around a copper-clad barrel brewing system. Abigaile, whose kitchen is helmed by Chef/Partner Tin Vuong and Chef de Cuisine David Bartnes, is the only restaurant in Hermosa Beach with an on-site brewery.

While IPAs and porters are the most requested styles in the South Bay, Papantonio is keen to make less popular brews such as lagers, as they are harder to find and “few people are actually making them well,” he says. Papantonio fuses traditional brewing techniques with unexpected ingredients to create unique brews like Jam Session and Punchbowl IPA.

He also recently added a special R+D section of the menu consisting of small batch brews, where guests can help decide what the next in house beer may be.

With a menu that changes daily, take Vuong’s guidance and “Step just a little outside your comfort zone and enjoy food without order or rules.”