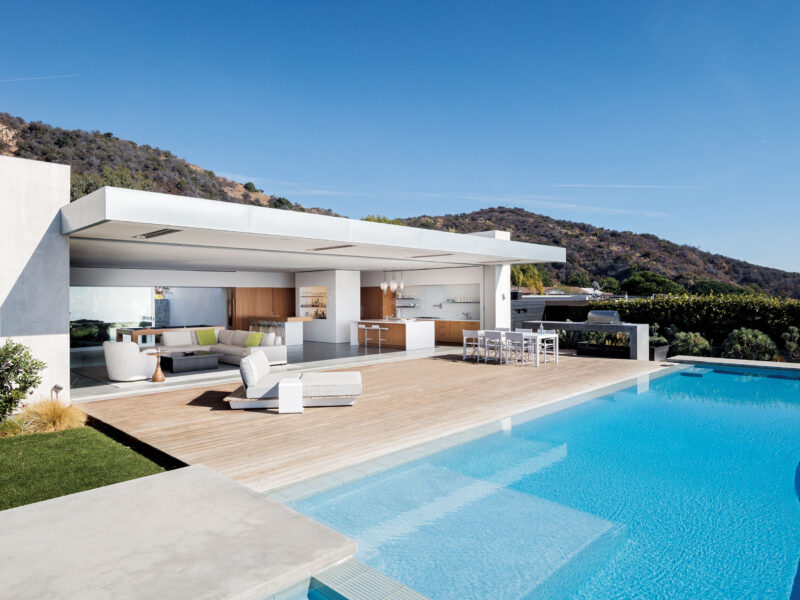 “Ehrlich Yanai Rhee Chaney Architects works in a modern idiom but without a set vocabulary or language,” explains architect Takashi Yanai, a partner at the firm, its Residential Studio Director since 2004, and the current leader of its San Francisco Studio.
Explore Story
0
0
0

Explore Story
Located in Mahón Bay, on the Balearic Island of Menorca, Spain, a building of strict modern bearing offers an insurgency of space and, beyond its serene monochromatic walls, a halo of sun and sky.
1
0
0

Explore Story
Located in Woodside, California, this 17,000-square-foot home was built on an exceptional 3.5-acre site for a couple—who are active philanthropists with a focus on children’s health and education, and cancer research—and their children.
0
0
0

Explore Story
There is nothing like staying in a historic property that makes you wonder if walls could talk. Casa Cody is one of these properties. Ideally situated in the center of Palm Springs, Casa Cody is a true oasis
0
0
0

Explore Story
Soon to debut, Lake|Flato Houses: Respecting the Land (Rizzoli) is the latest foray for the firm, which was named AIA’s Firm of the Year in 2004, and whose remarkable, environmentally sensitive, and astute structures explore an intimate relationship to site and surround.
0
0
0

Explore Story
Providing privacy and overlooking a vast valley spotted with yucca and Joshua trees, both buildings of the Pause House AM/PM serve as short-term accommodations for visitors who want to experience the high desert.
0
0
0

Explore Story
Since its debut in 1943, IKEA has been a pioneer. At that time, its founder, Ingvar Kamprad, was only 17 years old. He started the company with a small sum of money that his dad rewarded him for doing well in school. He chose the name IKEA as an abbreviation of Ingvar Kamprad from Elmtaryd (the family farm), Agunnaryd (the nearby village, located in southern Sweden). The rest is history.
0
0
0