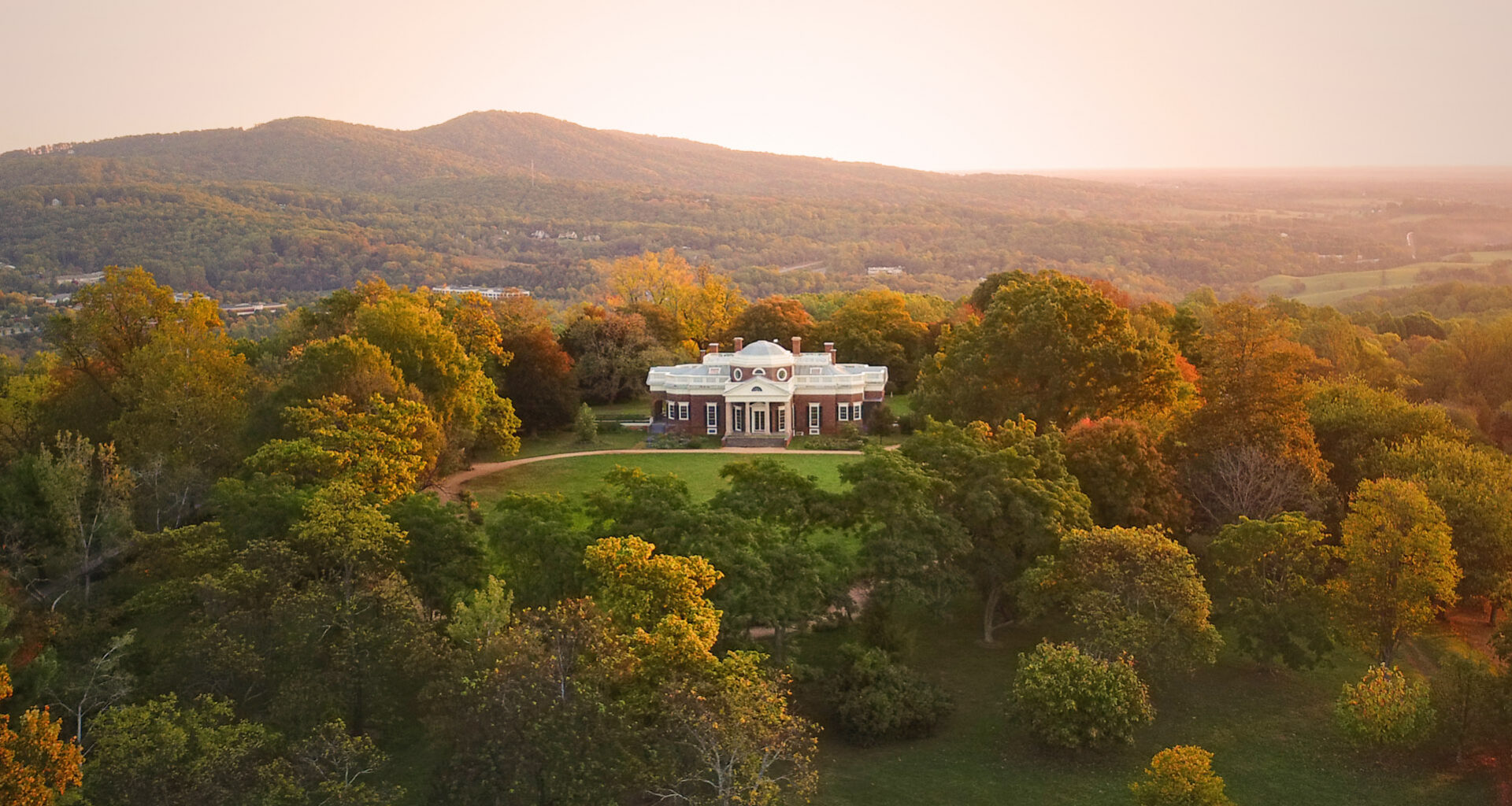 In Pursuit of Perfection

If home is an expression of oneself, then Monticello is Thomas Jefferson’s autobiography, revealing the essence of who he was, what he valued, and how he lived. Appropriating the Old World for his vision of life in the new, Jefferson fashioned Monticello at the same time he helped fashion the nation and, in doing so, supported the great experiment of liberty.

Located outside Charlottesville, Virginia, Jefferson called Monticello his “essay in architecture,” one that commanded several revisions. Construction that began in 1769 was left unfinished while Jefferson served five years as minister to France. Steeped in that country’s metropolitan culture, Jefferson began to rethink the project and, upon returning to America, jettisoned his original plans. Among the numerous improvements he made until the project was complete in 1809 was to tear down part of the initial structure and build around it, reorganize interior spaces at great expense, and add the home’s signature dome.

Derivative of Greco-Roman design, with porticos and a Palladian language, Monticello is quintessentially American in that Jefferson designed a “framework for living,” says Monticello curator Susan Stein, a way to organize and orchestrate domestic life. Which is to say didactically. Jefferson filled his life with books, study and conversation, so while a cultivated environment, Monticello is also self-consciously anti-aristocratic—a place of 43 rooms (33 in the house itself) that appears to be smaller than it is.

It’s not false modesty, exactly, but one does not find, for example, something like a grand stairway to suggest aristocratic ascent to the higher level. Into this classical context Jefferson brings comfort and convenience. His cabinet, or study, is a model of efficiency, with a revolving desk chair, a worktable with a moving top and a rotating stand for holding books, pamphlets or papers. There is a Windsor bench for stretching his legs and physical evidence of his curiosities. “He doesn’t keep his interests hidden—they’re everywhere,” says Stein of Jefferson’s maps, globes and correspondence. “His purpose is to educate. He uses Monticello as kind of his laboratory, a proto-museum, to educate people. He has a large collection of paintings from France. He has sculpture and portraits of America’s founders.”

Completing Monticello proved something of a Sisyphean task (skilled tradesmen were in short supply and politics took Jefferson to France, Philadelphia and Washington DC for prolonged periods), but “It’s what he did,” says Peter Onuf, distinguished fellow with the American Antiquarian Society. “It’s the work of perfection, of getting it right. It suggests an attitude toward life, aspirations and the old idea that work is life.

In a way, Jefferson keeps the place in constant turmoil because he’s not looking for a place of repose, of stasis, of stopping. It’s the very dynamism that he lives with and causes to happen. I think it’s very important to his sense of who he is in the world. While there are technical explanations for why he doesn’t get around to putting the columns up front, it’s knowing the man and what gives him satisfaction in life.”

Broadly, Monticello informed Jefferson’s later projects, including the University of  Virginia, with its domes Rotunda and connected pavilions, which he established. It also paved the way for the country’s temple-fronted public architecture, the capitol buildings and courthouses that define our civic identity.

Both a National Historic Landmark and a UNESCO Heritage Site (the only home so designated in the United States), Monticello is stewarded by the Thomas Jefferson Foundation and visited by millions. But with preservation and restoration efforts ongoing, Monticello is what it has always been: a work in progress. home.monticello.org

Explore Story
A home combining wood and concrete by CLB Architects is an architectural gem in a jewel of a breathtaking natural environment.
0
0
0
Explore Story
1401 San Remo Drive is the perfect spot for a staycation in Pacific Palisade. A retreat that was built and masterfully designed for actor, writer, and producer Matt Damon and Luciana Barroso, by Grant Kirkpatrick of Los Angeles-based KAA Design in 2004.
0
0
0
Explore Story
Specializing in interior design, interior architecture, and furniture design, Terry Hunziker has lived in this apartment—located in downtown…
1
0
3

Explore Story
Overlooking the hypnotic depths of the Adriatic, the remnants of an ancient time speak to an ancient place. This is Lopud 1483, a 15th-century Franciscan monastery complex, with its church, Our Lady of the Cave, so named for the fact that the friary was built over a sea cave that was later transformed into an underground passage connecting it with the open ocean.
0
0
0