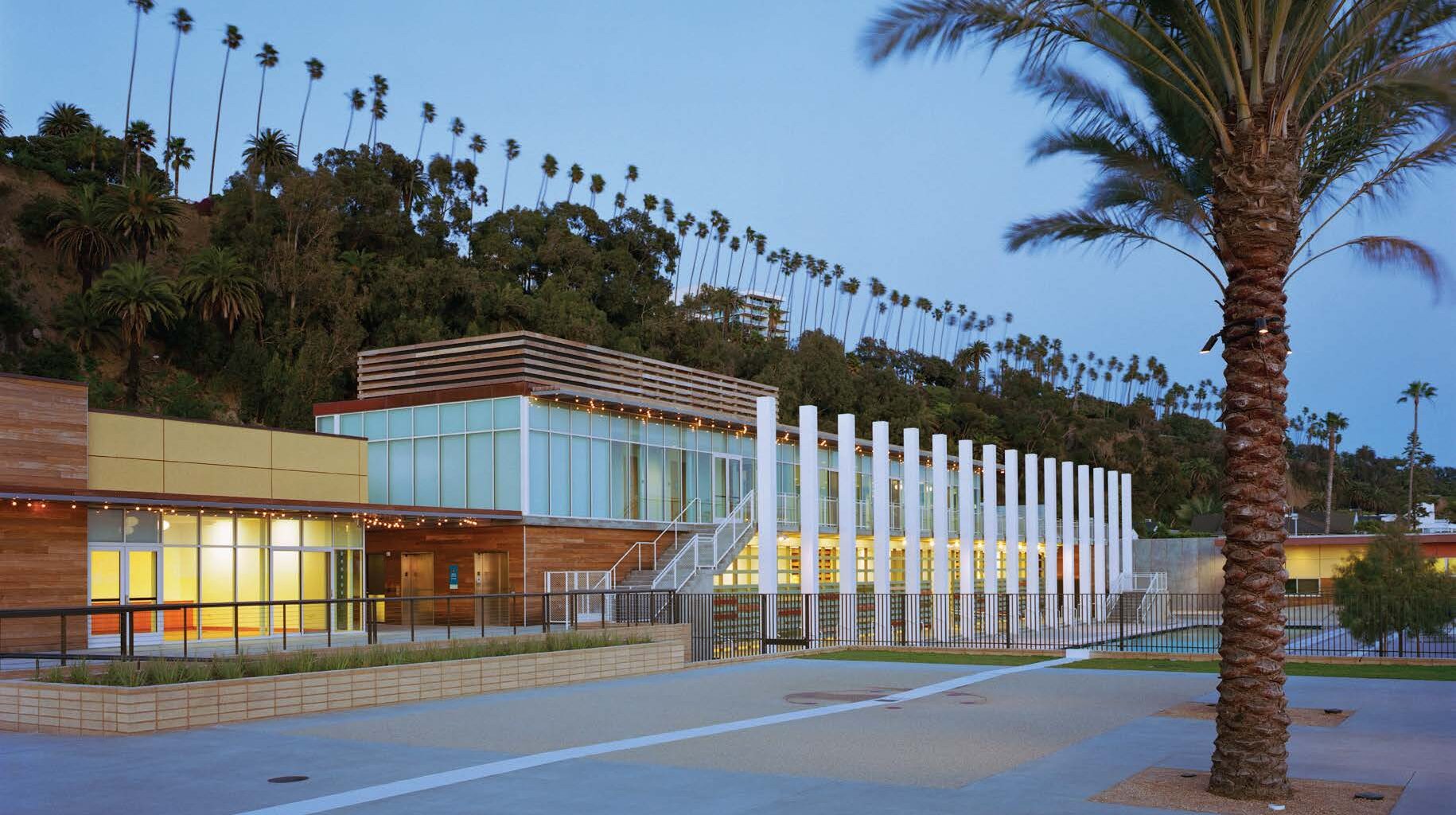 Art & History: Splendor by the Sea

The pool deck at the Annenberg Community Beach House is the very epitome of history repeating itself, with its dark green Vermont marble, diamonds embedded in concrete and a marbled Greek key design mimicking an identical motif at William Randolph Hearst’s namesake spread in San Simeon. This vestige of a once rambling Georgian Revival estate that the media titan bankrolled for his mistress, Marion Davies, recalls the heady era of old Hollywood when the couple’s elaborate feats of entertaining beckoned boldfaced names of the day.

But while Hearst Castle is an icon frozen in time, the Annenberg Community Beach House is a study in progress. This is a place of many incarnations, shares Santa Monica Conservancy Program Chair Ruthann Lehrer of the lavish manse turned boutique hotel. As the Oceanhouse, it operated from 1949 to 1956, but proved too costly an extravagance in the age of roadside motels and downtown hotels, and was acquired by the State of California. Obtained for beach purposes, down came the mansion in a 1957 demolition, with its beach cabanas, initially built in 1949 as an accessory to the hotel, morphing into the Sand & Sea Club—and by bunking at the Guest House, the Club’s manager ensured its survival. (Today this original estate holdover is a protected Santa Monica landmark.)

For three decades prominent families flocked to the Sand & Sea Club, with a member of one such clan, philanthropist Wallis Annenberg, playing an integral role in resuscitating the 5-acre site, its structures having sustained massive damage during the 1994 Northridge earthquake. Annenberg loved this particular stretch of Santa Monica Beach, which explains Lehrer, who also chairs the Docent Program at the Beach House. She saw it as a very special place, but her wish was for it to be open and accessible to everyone, not restricted in membership as the beach clubs were.

Five years and a $27.5 million grant from the Annenberg Foundation later, and the Beach House—now in the clutches of the City of Santa Monica—re-opened in April 2009. The original pool and Guest House are the site’s only historic anchors, but the project architects included other markers to recall that historical era, shares Lehrer of what includes the boardwalk located at the mean high tide line from the Davies’ years; a section of the original beach wall bulkhead reconstructed outside the Guest House; and 16 geometric columns outside the Pool House evoking the architectural columns of the mansion’s façade.

With its roots in the past, the Beach House is now bounding toward the future. Today, the community jewel offers a full spectrum of outdoor recreation, cultural offerings and up-to-the-minute amenities. It’s a very civilized way to visit Santa Monica Beach! says Lehrer.

Explore Story
From downtown L.A. loft to browser’s bohemia, The Last Bookstore is a reading refuge for bibliophiles The independent bookstore, so…
0
0
0
Explore Story
Chef Tyler Gugliotta’s brand of globally influenced cuisine breathes fresh life into the South Bay dining scene with Baran’s 2239.
0
0
0
Explore Story
Table of Contents Nosh your way through London at these five gastronomic gems.In a bustling city with thousands…
0
0
0
Explore Story
Manhattan Beach Festival of Motoring is just around the bend. On Saturday, April 25th, a slew of exotic and classic cars, including a Porsche 918 Spyder, a hybrid supercar with a million-dollar price tag, and a Porsche 911 GT3 RS, will post up at Mira Costa High School from 11 a.m. to 2 p.m.
0
0
0