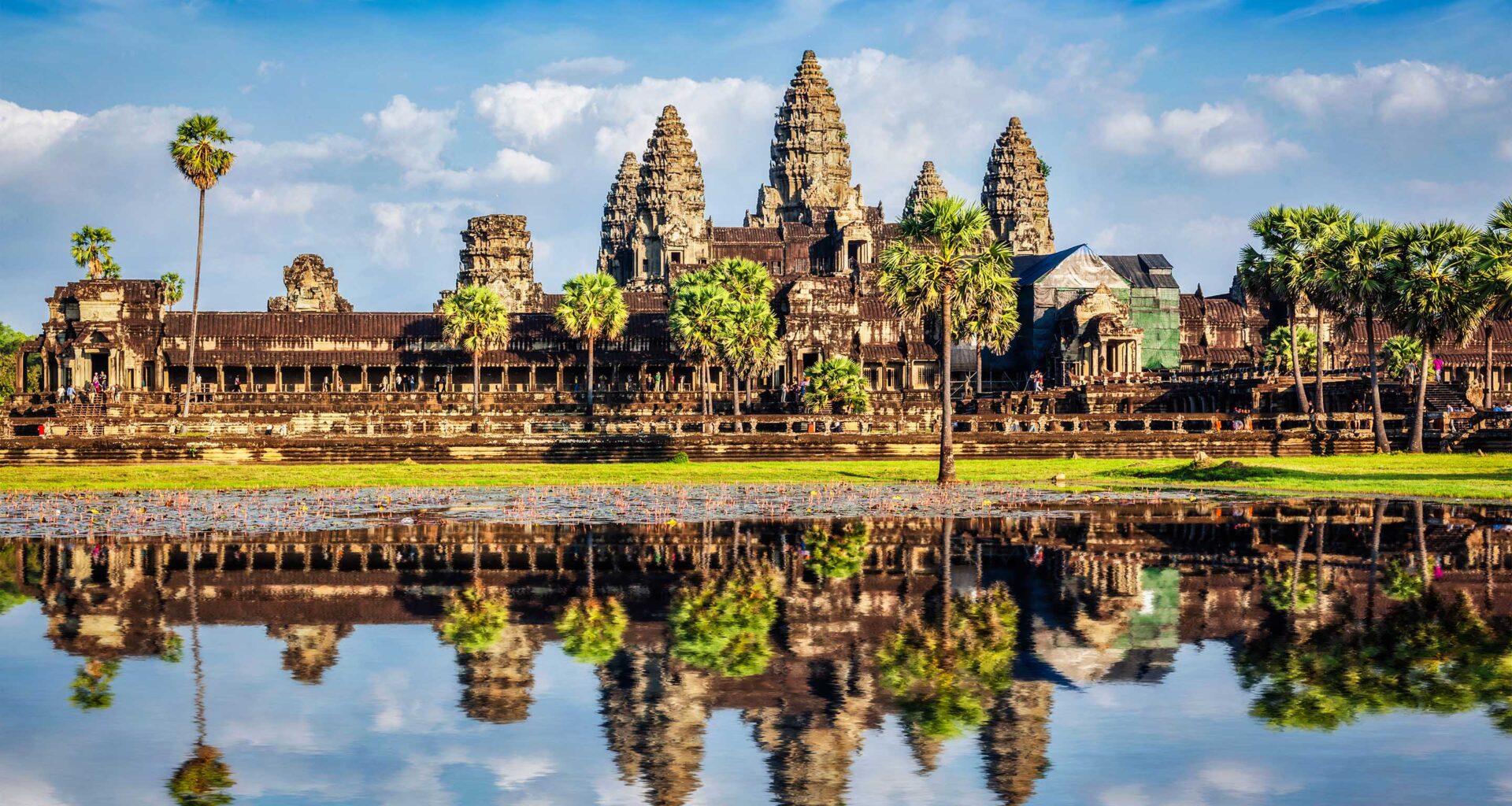 Angkor Wat: The 900-Year-Old Monument in Cambodia that is Too Stunning to Believe

Take a journey to Cambodia and explore the 900-year-old marvel of Angkor Wat, a temple complex of two religions and a UNESCO World Heritage Site that is now a symbol of pride and resilience for Cambodia, that is too beautiful to be true.
Total
1
Shares
1
0
0

The Largest Religious Monument in the World, Cambodia’s Architectural Jewel Angkor Wat is a Temple to Spectacular Ancient Construction

Until a French explorer rediscovered the site in the 1840s, helping bring Angkor Wat to the attention of the West, the temple complex was not widely known on our side of the world. But today, a spike in tourism, the temple’s 1992 designation as a UNESCO World Heritage Site, and the digital platforming of its elegant spires, exaggerated galleries, and intricate bas-reliefs have all conspired to put this majestic Southeast Asian edifice on the must-see map of ancient architectural marvels.

Originally built as a Hindu temple by the Khmer king Suryavarman II over a 30-year period at the beginning of the 12th century, Angkor Wat is in some ways a temple of two religions. Hinduism was the religion of its founding ruler, but by the century’s end, the temple was Buddhist, thanks to a succession of kings who were tolerant of Buddhist influence and allowed for its peaceful co-existence.

The site is Buddhist to this day, as evidenced by the procession of religious art and motifs throughout the site, and a legion of saffron-colored cloaked monks, with long-tailed macaques at their heels, wandering the grounds. Still, one sees the roots of Hinduism in the arrangement of Angkor Wat; the complex was built as a re-creation of the Hindu universe, with the temple’s soaring towers meant to represent the peaks of mystical Mount Meru—the center of the cosmos.

Angor Wat is certainly a world of its own. Massive, glorious, and particularly mind-blowing when one considers how this ingeniously engineered, sandstone-blocked spectacle was erected in the first place. With 300,000 laborers and 6,000 elephants, according to inscriptions, along with a steady drumbeat of quarried rock arriving by raft on the Siem Reap River.

Still, pretty primitive, and the possibility of the temple, let alone its existence, is breathtaking. It is not unlike grappling with the Great Pyramid of Giza or the Great Wall of China—Angkor Wat is stupendously out of grasp. Factually, it can be admired, but never fully believed. Not even in the face of it.

To actually be in the face of it takes a while. One doesn’t just pull up to the front of Angkor Wat. There are gallant gates, sculpturally decorated outer walls and an actual moat to bypass. From there, it’s all astonishment. Pools, libraries, and a three-story central temple complex with statues in various states and a maze of long interlinked galleries with unknown ends that serve as an ongoing storytelling apparatus.

The buildings go on and on, all with precipitously steep vertical ascensions. Reaching the top of any one of these stairways feels a little like bouldering. Simple stepping at first, then a gradual use of hands and knees. When scaling these stairs, taking in the degree of decorative detail, the construction of the whole staggering ensemble is almost too terrifying to consider. This is a work rendered by nerves of steel.

The erosion of the temples, from runaway roots cascading down walls to cracks in the stone, to limbless artifacts, only adds to their beauty. Perfection is all the little imperfections, the shows of time, of trial, and of unambiguous triumph. The environment is so immersive that when re-entering modern life, the newness is shocking. The place is a lost world.

It is also a place of discovery. Angkor Wat is the largest and best-known of the temples of Angkor, but it is one among hundreds of stone ruins. Among them is Bayon Temple: its root-infested edifice, which was featured alongside Angelina Jolie in Tomb Raider, is an Instagram sensation and a consistently popular draw in the 400-acre Angkor Archaeological Park. Angkor Thom, a fortified city-state from the 13th century and the last capital of the Khmer Empire, is another.

Any experience in Cambodia and Southeast Asia is enriched with some understanding of its history. It is often devastatingly sad, but also one of resiliency and endurance, embodied in the warmth, spirit and openness of its people.

Angkor Wat is the heart and soul of Cambodia, monumental in both scale and significance, and emblazoned on its national flag. Cambodians are fiercely proud of their architectural inheritance and keen to share it with the world.

Currently challenged by the extreme economic hardship wrought by the pandemic, Angkor Wat is, as ever, vital to the future of Cambodia—a temple to the beauty of a country determined to build.

Explore Story
The Hilton Curacao owned by Lionstone Development is undergoing a $15 million renovation that will see it reopen in mid-December as Dreams Curacao Resort, Spa & Casino—Plus, Priced starting at $2.8 million and topping out at $4.25 million, the Glazer Le Architects-designed ’Alani Residences.
1
0
0
Explore Story
A delicacy unlike any other, properly prepared uni—or sea urchin—is a singular pleasure. It’s also the focus of chefs Isao Minami and Hisao Kasama’s new restaurant, Miyabi Uni in Torrance, launched with a mission to bring this unique dish to its full potential.
0
0
0
Explore Story
Offering stylish and modern accommodations, a new 44-unit luxury boutique hotel debuts in the vibrant, thriving neighborhood of…
0
0
0
Explore Story
A Venice icon is revamped, with reverence for its original Written by Michelle Lyn | Photography by Pascal…
0
0
0