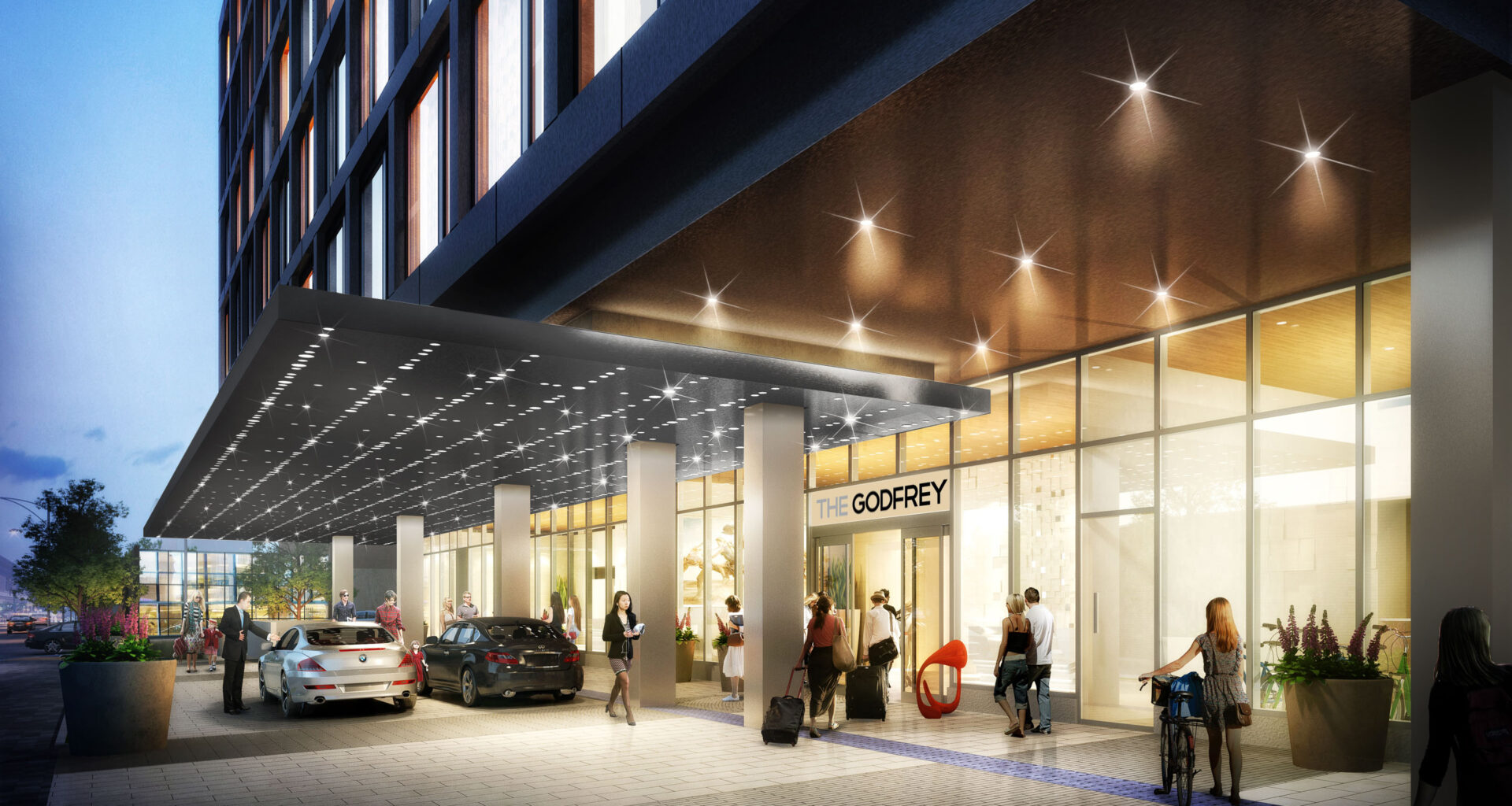 When it came to finding the ideal spot for the first Godfrey Hotel on the West Coast, Oxford Hotels & Resorts settled on a parcel of land a block south of Sunset Boulevard in the heart of Hollywood surrounded by technology and entertainment companies, high-rise apartments, retail, restaurants and nightlife.
Total
0
Shares
0
0
0

Think all of the energy and excitement of Sunset Boulevard combined with the history and glamour of the Hollywood Palladium and Grauman’s Chinese Theatre, with guests of the modern, Steinberg Hart-designed property placed squarely in the middle of one of the most storied and symbolic neighborhoods in the city.

“The Godfrey Hotel Hollywood opens amid a new era for the area, with the return or debut of several major entertainment, tech and creative houses to the neighborhood (Netflix, CNN and Viacom, to name a few), while long-standing favorites of pop culture, like Amoeba Records, share its block,” says Oxford Capital Principal Sarang Peruri.

“Over 25 major development projects are slated this year, including a 100-percent increase in residential units and the $450 million, mixed-use destination Academy on Vine.”

Rounding out the offerings is a ground-level al fresco courtyard and wine bar, and the i|O Godfrey rooftop and pool lounge—the largest rooftop space in Hollywood at 11,600 square feet, replete with film screenings and rotating art via a 28-foot projection mapping wall, and unparalleled views of the Hollywood Hills and Downtown L.A.

“The Godfrey Hotel’s high-energy restaurant, nightlife and events venues, carefully curated guestrooms and artwork throughout will be a complementary addition to the neighborhood,” says the hotel’s general manager, Clay Andrews. “It will provide a new cultural hotspot for locals and travelers alike.”

Explore Story
Set among one of Southern California’s most ideal coastal settings, this house provided an excellent canvas for Tim Clarke to execute on the second thing that drove him on this project—which happens to be the thing that drives him on all his projects.
10
0
2
Explore Story
It was a meeting of minds and hands that produced this eye-catching, just-completed residence along the Strand, between 5th and 6th Streets, in Manhattan Beach.
23
0
0

Explore Story
Built in 1926 by George Kaufmann, the period’s preeminent architect of lavish architecture that also includes Greystone Mansion, The Hearst Estate—a magnificent Mediterranean at 1011 N. Beverly Drive.
1
0
0
Explore Story
Rising from a quiet corner, the home plays peekaboo with lush landscaping and a fence of thick gray stone. Shielded from the eyes and noise of its neighbors, the home’s tranquil setting is enhanced by the perfumed air that rises from lilac and lavender bushes.
0
0
0