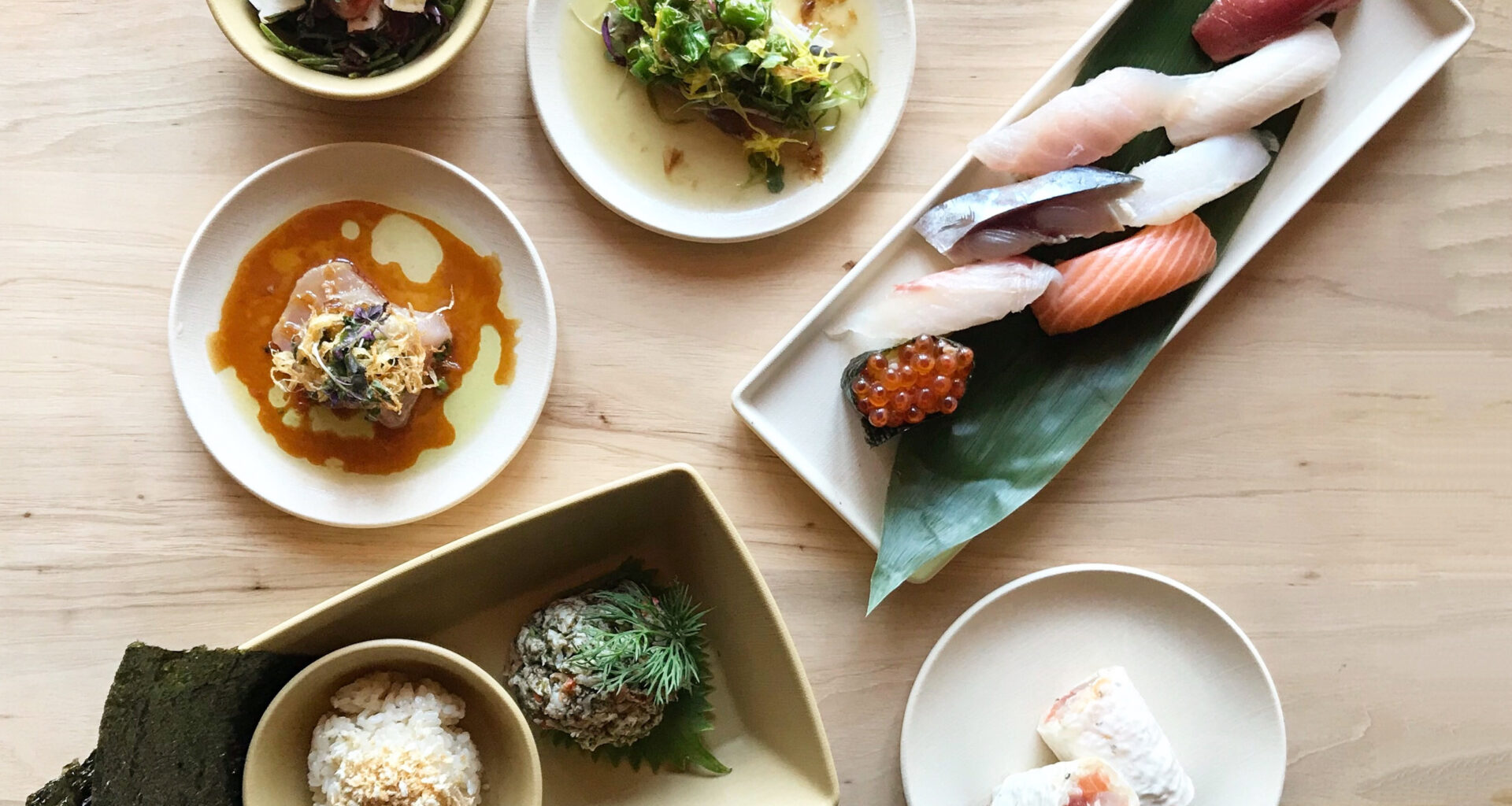 Taste of the Ocean

A clever take on seafood izakaya and sushi has come to South Bay, with the owners of West L.A.’s popular Hamasaku restaurant opening Umi by Hamasaku in El Segundo this past October. Expect the same creative Japanese fare for which the flagship has long been known—an affordable Omakase—all served in a casual yet stylish environment showcasing contemporary artwork, a raw bar and open kitchen.

We wanted to bring our passion for sushi to the area; we also felt that the area is booming and in need of a good neighborhood sushi spot.”

“We chose El Segundo because Yoya and I are both local boys of the South Bay,” says General Manager Jesse Duron, who operates both establishments with partners Michael Ovitz and Executive Chef Yoya Takahashi. “Yoya moved to South Bay when he first came to the states from Japan, and I was born and raised in Torrance. We wanted to bring our passion for sushi to the area; we also felt that the area is booming and in need of a good neighborhood sushi spot.”

Found at The Point—an outdoor shopping and dining development at the intersection of Rosecrans Avenue and Sepulveda Boulevard that also houses eateries such as Superba Food & Bread, and Smitten Ice Cream—Umi by Hamasaku features a 56-seat dining room, with space for four people at the raw bar and a patio that accommodates 28. The restaurant’s décor nods to its sibling’s Japanese aesthetic via blonde wood accents, but expect some modern updates as well: a large, bright white-tiled open kitchen; artwork from Ovitz’s personal collection; and curtains imported from Japan.

Written by Wendy Bowman  |  Photography Courtesy of Umi by Hamasaku

Explore Story
Renovating a historic house is a matter of passion and dedication and the team behind Australian firm B.E Architecture—led by Broderick Ely, Jonathon Boucher, and Andrew Piva—know it.
0
0
0
Explore Story
Set on creating a faithful rendition of the architectural style, they carefully decked the property with bona fide features: cacti on the front lawn and thick roof beams (also called vigas) along the roofline with antique wood details throughout. They also managed to infuse the sprawling home with classic California Coastal features and unexpected, family-friendly twists.
0
0
0
Explore Story
1818 Manhattan Avenue is an approximately 3,200 square foot, four-bedroom residence, which was completed in 2007, has been crafted in a traditional coastal style, complete with white walls that contrast pleasingly against warm, wood floors of Brazilian cherry featuring immaculate coastline views.
0
0
0
Explore Story
Hitching a free ride into downtown Manhattan Beach proves both eco-friendly and cost-efficient Written by Joclene Davey |…
0
0
0