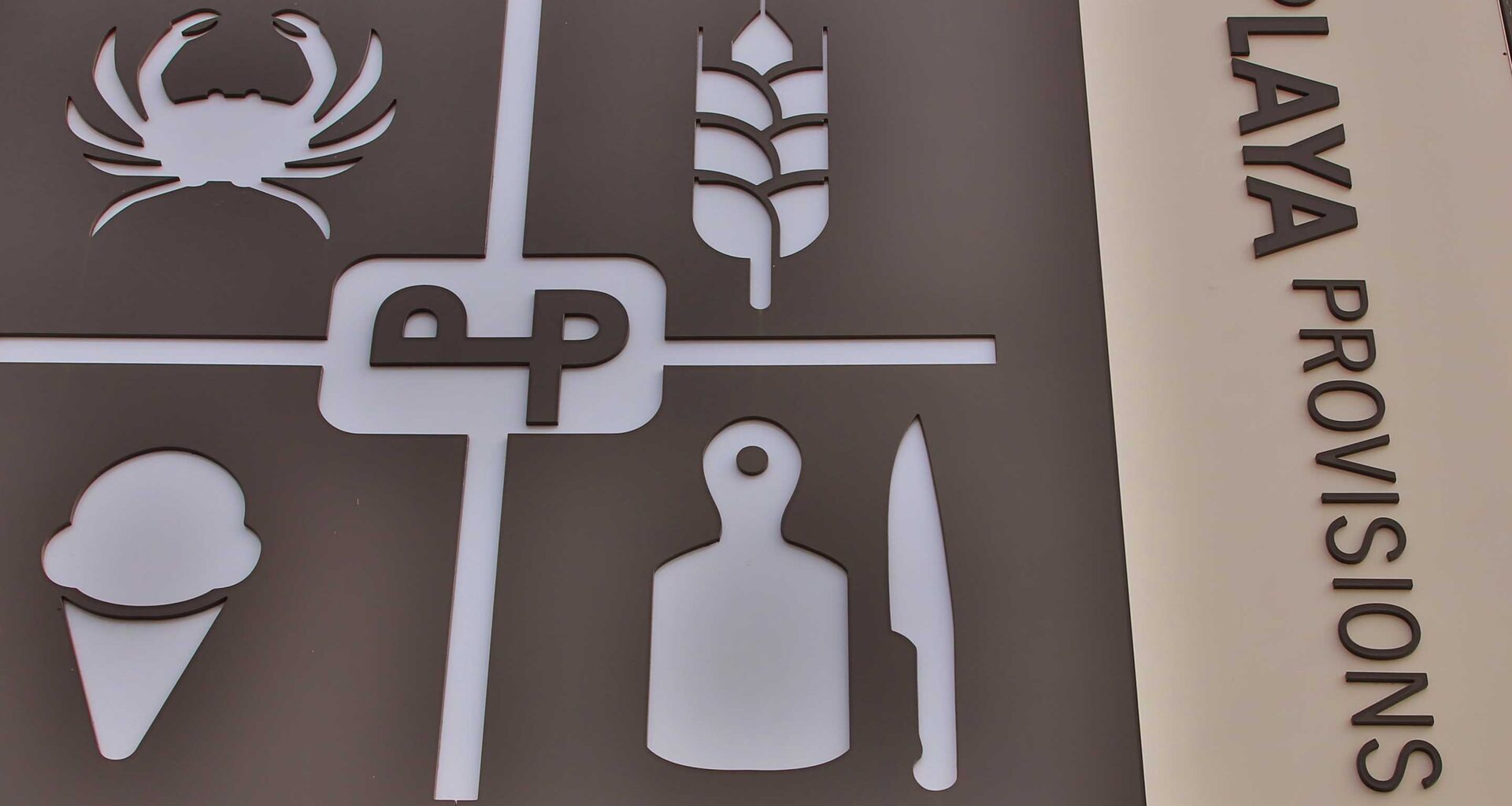 Now, with the May 2014 debut of their four-in-one restaurant complex Playa Provisions, the husband and wife culinary team of Nick Roberts and Brooke Williamson, a Top Chef runner-up solidifies their standing as a culinary mainstay.
Total
1
Shares
1
0
0

Husband and wife culinary team Nick Roberts and Brooke Williamson, a Top Chef runner-up, know how to create a stir, even in peaceful Playa del Rey. First, they opened The Tripel, a jewel box of a gastropub on Culver Boulevard, where patrons sit shoulder-to-shoulder at community tables and delight in a massive collection of craft beers and interesting wines.

Fittingly, the concept that created such a huge splash is located nearly on the water at the western edge of town. And there’s something for everyone, from breakfast and lunch at King Beach and homemade ice cream at Small Batch to fine-dining with a seafood focus at Dockside and the backroom whisky bar Grain.

“We felt like it was the perfect space to do everything we wanted,” Brooke Williamson explains.

“The four elements of Playa Provisions are all the types of places that we enjoy going to. And we couldn’t believe that there was no ice-cream shop here! There was no seafood down here, either.”

And, as all of the concepts the couple yearned to create “made perfect sense” for a beach community, they brought them together in one location.

Plus, says Nick Roberts of the King Beach counter service, “…I’ve always wanted a breakfast place and this was an easy way to do it. Customers can just walk in and pick up breakfast or lunch to go, it’s not a big ordeal. Or, they can come in and have a beer, a glass of wine, sit on the patio outside and have any of the stuff we serve for lunch.”

By this, he means breakfast offerings such as chocolate scones, granola, cream of wheat or coconut chia seed pudding (with an egg in the hole for kids), and lunches of assorted salads, soups, and a number of sandwiches, like the house corned beef or roasted chicken and brie. During the day, visitors — some toting computers — are welcome to unwind in the sun-drenched, airy spaces making up the various elements of Playa Provisions, or just grab something to go.

The idea, Brooke Williamson explains, was to create “something really casual and approachable, with food that people want to eat when they are at the beach. We just thought that it was a perfect scenario, a place to stop in on your way there.”

During the evenings and weekend brunch, the seafood-centric Dockside opens. There’s a full iced seafood bar every night, with fresh oysters brought in daily, Alaskan king crab, jumbo shrimp, and more, as well as a menu that features a terrific lobster roll, spicy ceviche, and a rotating choice of fresh, seasonal seafood entrees — scallops, salmon, and whole Maine lobster. Non-fish dishes, like the bone-in pork chop (a real winner), are also served.

There’s even an option for late-nighters: the aforementioned Grain, the couple’s “speakeasy” whisky bar at the back end of the enclave.

Here is a bar with “that old-school feel,” as Nick Roberts describes it; a place where interesting food—think Duck Confit Poutine, Chicken Fried Quail in a Waffle Bowl or Figs in a Blanket is served until 11 p.m. on weeknights and 12 a.m. on weekends (Or, opt for a groaning platter loaded with meat and cheeses).

Since its opening, Playa Provisions has roused the normally quiet town of Playa del Rey — the place is packed just about every night of the week, drawing foodies from all over the Westside and beyond.

And, as Nick Roberts tells it, despite the fact that this endeavor, the third jewel in the Williamson-Roberts restaurant empire (along with The Tripel, there’s also Hudson House in Redondo Beach), is humming along these days, it’s still not quite enough for the ambitious couple, who, it appears, has something else cooking.

“I’m always looking to open another place,” says Nick Roberts with a grin.

Indeed, “He wants the world!” his wife laughs. “So now we’re working on a retail shop, to go behind The Tripel, where we will sell cookbooks, cutting boards, kitchen small wares, our own hot sauce, those sorts of things.”

Explore Story
Located in Manhattan, New York City, both the exterior façade and the circa-1920 mosaic floor of Tsukimi were preserved, evoking a feeling of timelessness. Studio Tack meticulously chose andperfected every element of the space.
0
0
0
Explore Story
Table of Contents Looking at Los Angeles’ architectural legacy through a rich visual record of its inuential Historic-Cultural Monuments…
0
0
0

Explore Story
Located on the historic, 5-acre La Mesa farming fields, flanked by cacti forests and backdropped by the Sierra Laguna Mountains, Paradero Todos Santos is an 80 percent landscape project, with a vast, 100,000-square-foot botanical garden by Mexico-based practice POLEN at its heart.
0
0
0

Explore Story
The Canary, a Kimpton hotel located in downtown Santa Barbara, recently underwent an initiative to update and transform its iconic property, led by interior designer Christian Schnyder of Beleco. The 97 rooms, meeting rooms, restaurant Finch & Fork, lobby, and rooftop terrace all feature a timeless yet current style that captures the Spanish Revival-esque building’s past while providing a sense of ease and relaxation
0
0
0