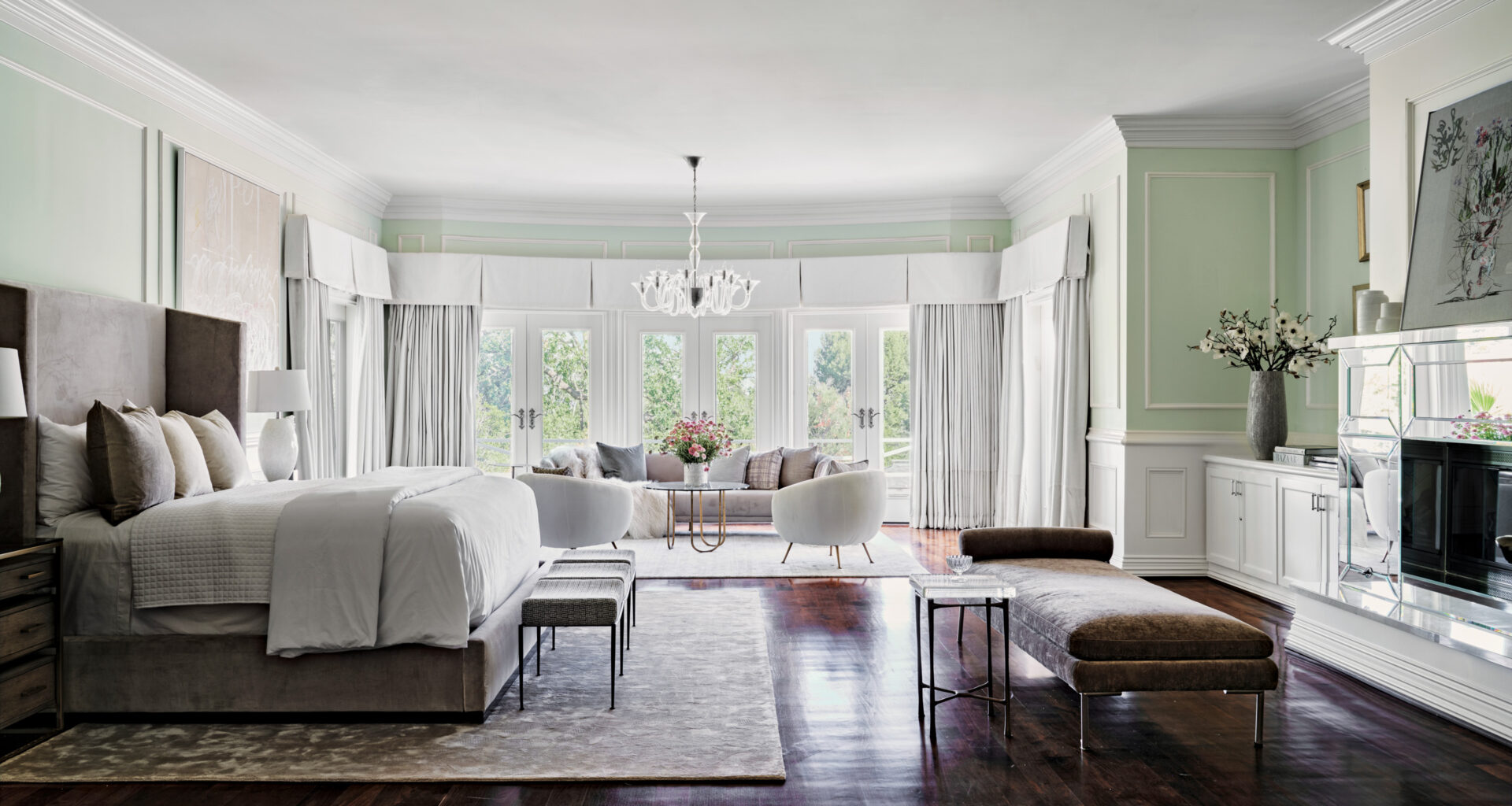 With a total of 60 rooms—including 17 bedrooms and 25 bathrooms—encompassing 30,000 square feet, this is one of the largest houses ever built by Paul Williams, who, in the same era, also designed the Los Angeles homes of Lucille Ball and Frank Sinatra, among other celebrities.
Total
0
Shares
0
0
0

10250 W Sunset Blvd is located in the enclave of Holmby Hills, where socialite Kylie Jenner recently bought a mansion, this house has a solid pedigree. Currently offered at $85 million, it has only had three owners—all of them significant—in its 80-year history.

Architect Paul Williams—the first African-American to become a member of the American Institute of Architects and to be elected to the organization’s highest honor of AIA Fellow—was commissioned by radio star Charles Correll to take on this project on the property initially spread over 12,000 square feet. The next owner, novelist and writer/producer Sidney Sheldon, added 10,000 square feet to it before selling the 3-acre estate to the late Max Azria, founder of fashion house BCBG Max Azria Group.

With a total of 60 rooms—including 17 bedrooms and 25 bathrooms—encompassing 30,000 square feet, this is one of the largest houses ever built by Paul Williams, who, in the same era, also designed the Los Angeles homes of Lucille Ball and Frank Sinatra, among other celebrities.

A floor-to-ceiling Swarovski chandelier in the expansive foyer is an invitation to step inside the impressive living spaces where the views are captured through the windows.

The spaces reflect the bold aesthetic of multifaceted creative mind Philippe Starck who elevated the interiors to a contemporary, high-level standard while staying true to the spirit of the architecture.

“The home offers a full theater, separate structure for a gym and massage room, a greenhouse, a glass-walled tennis court with stadium-style seating, Japanese garden, and tea house, and an authentic Moroccan hammam,” says Mick Partridge.

Five private gardens, several waterfalls, a blue-tiled swimming pool, a French courtyard, a 6,000-square-foot recreational structure with a gold-leaf ceiling in the games room, and a nearby screening room originally designed by Sidney Sheldon encourage the enjoyment of every moment in this sophisticated house.

“Los Angeles has proven to be an international hub of exquisite homes sited on substantial acreage, and real estate itself has held stronger value than ever before, even though consumer confidence became shaky during 2020,” Mick Partridge says. This property proves it once more.

Explore Story
Sunset Strip evolves into a bustling hub of high-rise home construction Written by Alexandria Abramian | Photography Courtesy…
0
0
0
Explore Story
Golden State Warriors star Kevin Durant has listed his oceanfront Malibu home for $13.495 million. According to the…
0
0
0
Explore Story
DIGS officially turned 10 this month, and I’m in awe how fast the time has passed. For me, it can be summed up as 240 reasons to be thankful – that’s how many South Bay DIGS magazines have been published since the very first one on October 7th, 2010.
0
0
0
Explore Story
Live the resort lifestyle on a sprawling private estate mere blocks from the beach Written by Joclene Davey…
0
0
0