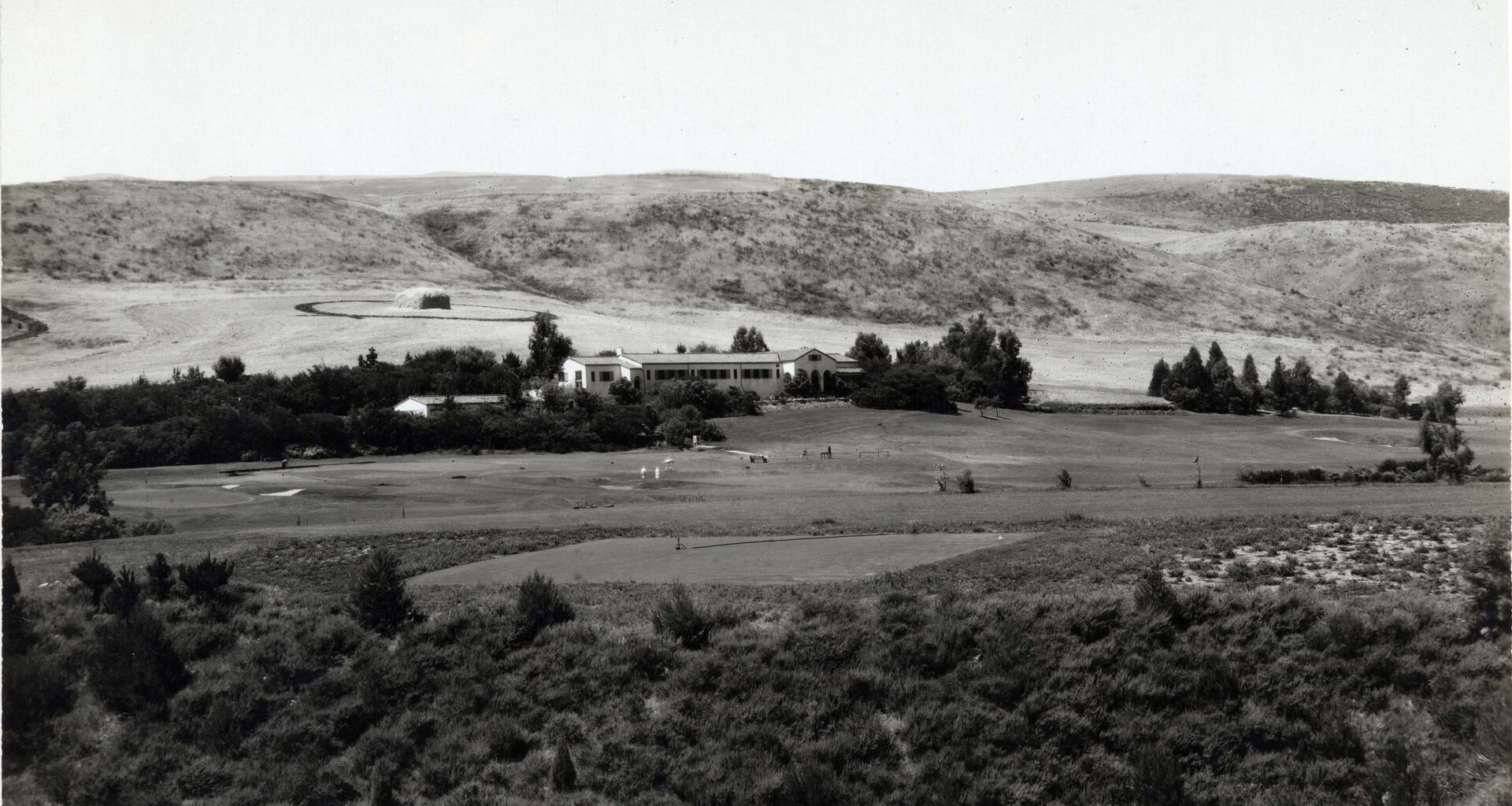 In 1923, on what were then vast, desolate hills and barely covered with sage and cactus, construction began on the future Palos Verdes Golf and Country Club.
Total
0
Shares
0
0
0

This ambitious undertaking was the original vision of Frank Vanderlip, the owner of most of the Palos Verdes Peninsula at that time. His idea was to build the “biggest and handsomest of all country clubs,” as quoted in the July 18, 1914 issue of the Boston Herald. Frank Vanderlip’s dream became a reality in 1924, and the much-anticipated course and clubhouse offered unobstructed and unparalleled views of the Santa Monica Bay.

Located in the middle of an 800-acre parkland preserve, the challenging course was designed and built by George C. Thomas, Jr., and William P. “Billy” Bell, during an era which is now referred to as the “Golden Age of Golf Course Architecture.”

Golf courses built during this time period were done without benefit of heavy earth-moving equipment, so the natural shapes of the land had to be used to create natural hazards. While the Palos Verdes course is not long in length by modern standards, the combination of creeks, ravines, and numerous well-placed bunkers requires strategically-placed shots to small, well-manicured greens. Other examples of Thomas and Bell’s course work include the Riviera Country Club, Bel Air Country Club, and the Ojai Valley Inn Golf Course, all built between 1923 and 1927.

During the original construction, many varieties of trees were planted with landscaping provided by the Olmstead Brothers Company, an influential landscape design firm that was also responsible for helping to create the National Park Service. Those original trees are now very mature and line the fairways.

The clubhouse, built at a cost of $170,000, was the second oldest building in Palos Verdes Estates, after the La Venta Inn. The course was instantly popular, so much so that on the third day after the grand opening a plan was made to extend the clubhouse eastward sixty feet to hold a new golf shop, caddy house, and ladies grill and sun porch.

In 1933, membership was impacted by the Depression and club dues were reduced to seven dollars per month. The property was eventually deeded to the City of Palos Verdes Estates with the restriction that the land could only be used for recreational purposes for the benefit of all city property owners and residents ­– a restriction that was crucial to the future of the golf course.

During World War II, labor shortages made it almost impossible to maintain the course. Knee-high weeds and cracks in the earth covered the fairways and terrain. Subsequent to this, the number of people playing on the course decreased during the first few years of the 1940s. After reviewing its options, the city decided to attract more players from other areas by keeping green fees to a minimum. As wartime ended later in the decade, however, the influx of residents to the area generated the opposite problem. Green fees were so low that people came from areas throughout Southern California to play golf in Palos Verdes with its beautiful surroundings. Overcrowding became such a problem that the club membership and the Palos Verdes Estates City Council took action to make improvements.

From 2005 to 2007, the clubhouse underwent an $11,000,000 renovation with the goal of providing increased capacity and the ability to accommodate club members as well as outside patrons wanting to host social functions. The dining room capacity was doubled and an expansive veranda was added to allow for outside dining.

Whether you’re there to hit the historic links or attend a social event, the Palos Verdes Golf Club has the winning combination of impressive history with serene surroundings.