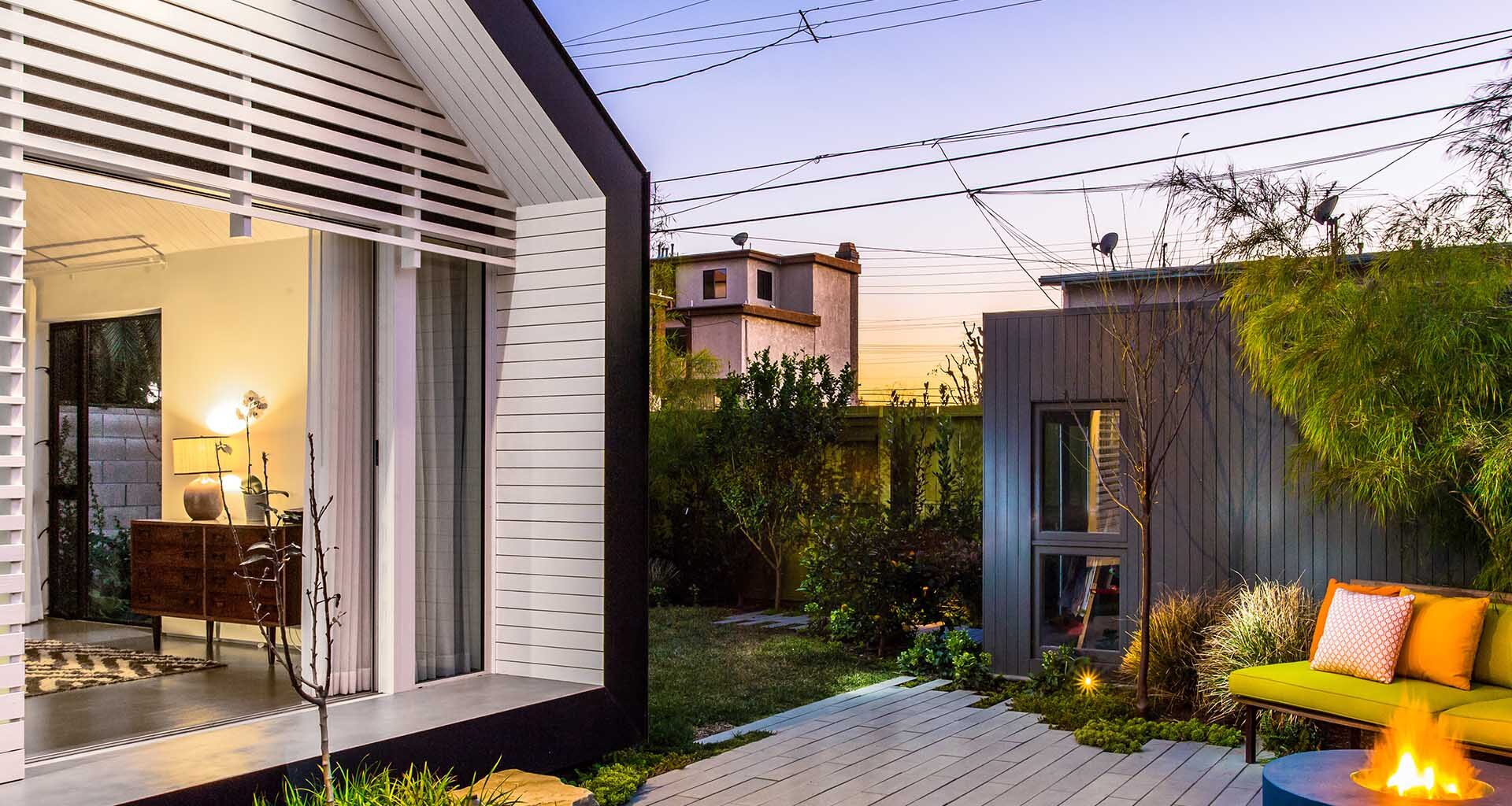 Dwellings with double-duty spaces make a market surge in LA

Telecommuting culture is nothing new, but the surging tech scene and soaring prices for prized commercial space, off coveted Abbot Kinney in particular, has made live/work residences a boon for homebuyers and profitable for sellers. “Commercial space in Venice is extremely high,” says Justin Alexander, director of sales for Pardee Properties, which is listing 2473 Walnut Avenue. “Because of all the people coming from Silicon Valley, New York and internationally, buyers are purchasing homes with separate spaces, which, while not commercial buildings so to speak, function as one.”

With high-tech equaling high-end, sellers have responded with bold rethinks of existing spaces—typically, a detached structure in the rear of the property with a separate entrance. “We’re seeing sellers maximize their home’s value not by spending a couple hundred thousand on building a new structure, but investing in converting a space they already have,” Alexander says. “Putting cool touches on an existing bonus space, for example, to make it look like finished space [that] can be used as an office or art lounge— to take advantage of unused space in profitable ways.”

For instance, the addition to 2473 Walnut Avenue is, like the main house, designed to maximize light, highlighting the spaces’ vintage-modern appeal  their architectural supports and thoughtfully landscaped yards.

An influx of homebuyers, a demand for inventory and swelling expenses for traditional commercial real estate—the market is making way for a live/ work landscape. As Alexander puts it, “Until that product is actually launched and there’s millions from investors to help buy or even lease commercial space, the trend will continue to grow.”

Read More
Located in one of the most exclusive gated communities in Beverly Hills, this elegant, secure estate defines the…
Read More
0
0
0

Read More
A magnificent home in a prestigious neighborhood, this property now on the market in Pacific Palisades exemplifies fine quality and craftsmanship.
Read More
0
0
0