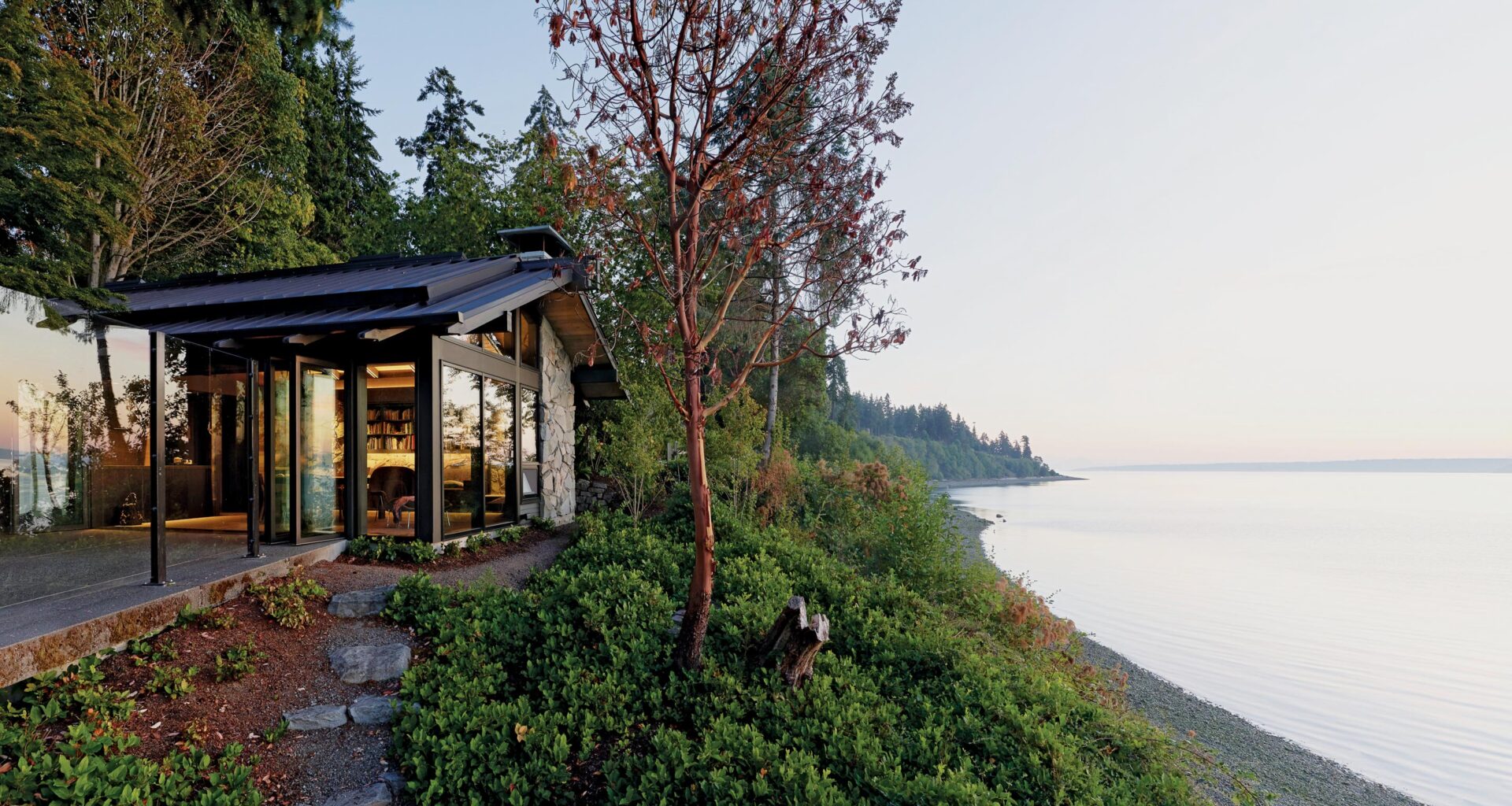 In Its Highly Scrutinized Overhaul of Loom House, Miller Hull Recasts the Residential Remodel Into a More Durable, Future-facing Design

Commanding a bluff overlooking picturesque Puget Sound, and shrouded in taut, 200-foot-tall spruces, the house keeps vigilant watch of the water. The view from here would be unmatched were it not for the house itself, which, given a resilient, blue-ribbon retrofit by the award-winning firm The Miller Hull Partnership, rivals its luminous outlook.

Designed in 1968 by late architect Hal Moldstad, whose residential designs (many also on Bainbridge Island) include homes for Bill Gates, was well-loved but a bit too encased in amber for its current occupants. Inhabited by only two families over its long life, the house had never been updated prior to Miller Hull’s intervention and had, like many mid-century residences in similar straits, fallen victim to some of the more unfortunate aesthetic hallmarks of its era. In this case, seemingly as many bunk beds as built-ins, past-its-prime Formica, and a labyrinth of rooms that choked the space of a modern feel and flow.

Faced with good bones and an all but obsolete floor plan, Miller Hull took pains to maintain the original character of the house, such as its cedar siding, while achieving the sustainability aims of its environmentally-minded owners and making it inherently more livable. Focused on improving its building envelope, updating the interiors, and adding self-sufficient—and blessedly inconspicuous—systems, they started by swapping out its maze of ill-suited rooms for the fluidity of a single open space—a great room with a marked brightness about it and room to maneuver.

The team also installed a new set of stairs that lead to the lower level, where a mostly forgotten-about garage was transformed into a primary suite. The secondary one-story building, meanwhile, features the conversion of the billiards room into an office. To house the owners’ electric vehicles and bicycles, the firm added a detached carport and storage area.

That Miller Hull was behind the project, the overhaul was not an over-reach—the mark of Hal Moldstad remains, as does the home’s mid-century bearing. Take, for the most striking example, its vast windows.

“One of the characteristics of mid-century modern architecture that is so appealing is the expansive amounts of glass,” says Miller Hull Associate April Ng.

“The downside is that existing single-pane windows are inefficient, and are typically clad in wood that requires routine maintenance or else will deteriorate over time.”

With Loom House a virtual storehouse of glass, the firm’s solution for upgrading it to a more sustainable level included selecting a window product that matched the original aesthetic of the house, with interior wood mullions, but that also had the protection of aluminum cladding on the exterior; at the same time they worked with the manufacturer to eliminate harmful chemicals of concern.

“The new windows included triple-pane glazing and high-performance coatings to improve thermal comfort and energy efficiency, and we were able to match the existing window openings,” Ng explains of what proved one of the project’s most significant improvements.

“The best part? The neighbors walked by and thought we kept the original windows!”

The home’s glassy façade reflects a wondrous surround populated with ornamental plantings of Japanese maples and flowering trees, along with that phalanx of mature evergreens, and it is this landscape that influenced a warm, expertly restrained interior, designed by Charlie Hellstern Interior Design (the studio also custom-designed most the furnishings in the space).

Décor does not dilute the view. With all that green at its sides and the hypnotic blue beyond, the home’s material palette is muted, if not positively marginal, allowing the original vision of a venerated Northwest name to shine anew.

Having been rid of concerning chemicals in products, materials and finishes, the house, while not one-note, is decisively of one tenor, beautifully highlighted by streams of a natural warmth from skylights throughout. In preserving the house’s many visual connections to the landscape—including a sizeable outdoor area for dining, gathering, dreaming—Miller Hull paid tribute to Hal Moldstad’s local expression of Pacific Northwest Modernism but contemporized it according to broader social concerns of both the client and the firm.

Doing solared shelter as early as the 1980s, when the whole thing was still rather sci-fi in most people’s minds, Miller Hull—a partnership between Peace Corps alums David Miller and Robert Hull—brought the full weight of its strongly regionalist, environmentally-attuned credentials to bear on Loom House.

It is, therefore, the culmination of decades of regenerative work, representing the beauty of the built environment at its most pure—as it must be in the future.

Explore Story
The ability to trust her gut may be one reason why Tamara Kaye-Honey has endeared herself to some of the city’s top chefs, who’ve turned to her to interpret their passions via design.
0
0
0
Explore Story
Trevor Traina has always lived an artistic life, born into both a creative clan and an “obsession” for collecting art.
0
0
0

Explore Story
A remarkable stillness seems to settle over the gracious, stone-edifice, richly windowed home in the Vestavia Hills neighborhood of Birmingham, Alabama, with interiors by Sean Anderson.
0
0
0 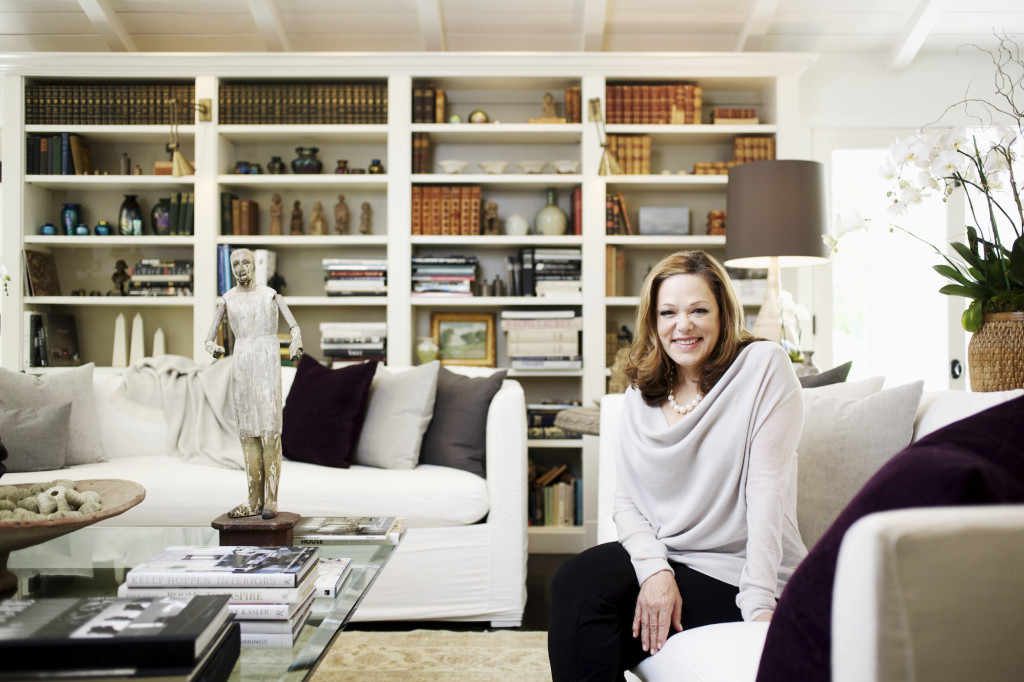 Explore Story
If you’re addicted to HGTV like we are, you’ve probably seen “Home Stager to the Stars” Meridith Baer on the show, “Selling LA,” and on the network’s documentary series, “Staged to Perfection.” Baer is the namesake behind her company, Meridith Baer Home, the largest home staging company in the country.
0
0
0