Working together as a trio adds up to a sum greater than its parts. Each Altamura brings strengths that benefit the running of the Altamura Real Estate Group, which offers everything from traditional real estate duties to property development.
Total
0
Shares
0
0
0

“The only thing you take with you when you’re gone is what you leave behind,” penned writer John Allston.

If true, in business, real estate’s John Altamura would leave riches in the form of Altamura Real Estate Group, a family firm powered by his sons Giovanni and Vincenzo, who partnered with their father after years under his tutelage.

“Growing up with my dad in real estate,” says youngest son Vincenzo Altamura of the Altamura Real Estate Group, “I saw how much fun he had working. How almost all of his clients were his friends. I think the best part about it was that he had relationships with people, and he was always helping them.”

John Altamura, who started in real estate in 1987, was joined by son Giovanni Altamura in 2007. Then, in 2014, Vincenzo became part of the firm subsequent to a couple of hard-charged years working in NYC as a stock trader after his graduation from USC.

Working together as a trio adds up to a sum greater than its parts. Each Altamura brings strengths that benefit the running of the Altamura Real Estate Group, which offers everything from traditional real estate duties to property development. Property management is another offering, run by Anthony Altamura, cousin of Vincenzo and Giovanni, and local vacation rentals are yet another.

“My dad has the most experience, of course,” says Vincenzo Altamura. Through his sheer number of years in the business, he adds, there are few situations John hasn’t tackled, and he is always happy to share his wisdom with his sons.

“Our father is the overall advisor,” states Vincenzo. “He really provides a lot of good guidance for us.”

Bringing new marketing methods to the firm, however, is an area where Vincenzo and Giovanni Altamura shine, particularly when it comes to social media. There’s even an Altamura real estate app.

“We’re explaining the new age of marketing to our dad,” says Vincenzo with a chuckle.

Being raised in the business is another boon for the younger Altamuras, both in their 30s, whose strong Beach Cities ties add to their already deep knowledge of the local market.

“It’s a huge benefit being born and raised here,” Vincenzo points out. “We know the streets. We know what’s out there, and we know what’s coming up.”

Developing local properties—either from scratch or revamping existing homes—is a sizable part of the Altamuras’ business, one brother Giovanni and Vincenzo have taken on with enthusiasm.

“I love seeing a project built from start to finish,” says Vincenzo, “and I love working with builders and architects along the way.”

It’s an affinity passed down from the senior Altamura, who, from his earliest projects, has worked closely with his general contractors, tracking every phase of construction and being a familiar face on job sites.

Over time, the Altamuras have assembled a list of trusted local sub-contractors, from framers and drywallers to painters and carpenters, used on every project. Finding new development deals is exciting, and father and sons move in lockstep when it comes to green-lighting a new project.

“All three of us have to be on the same page,” says Vincenzo. “We won’t do a deal if two of likes it, and one doesn’t.”

“Our dad has done a great job of being in this community and working his business, and he has a great reputation. It’s always a great thing to have—because it takes a lifetime to build.”

With a downtown Manhattan Beach office that offers consistent visibility in the community (an Altamura sister, by the way, owns the clothing store Blvd., attached to the office), the younger Altamura brothers are keen to the powers of recognition and reputation and credit their father for his decades of work on both. Keeping “our reputation and last name strong” is a fundamental goal for he and his brother, says Vincenzo. Now and always.

“Our dad has done a great job of being in this community and working his business, and he has a great reputation. It’s always a great thing to have—because it takes a lifetime to build.” 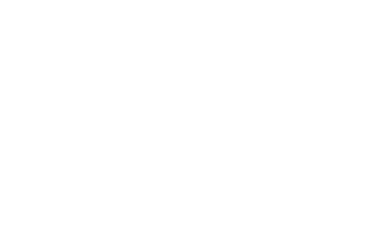 Explore Story
At the top of the community, elevated above a green sweep of island land and unbridled blue ocean views is a custom Plantation-style home, a welcoming and well-appointed perch to immerse oneself in the heavenly island atmosphere.
Explore Story
0
0
0