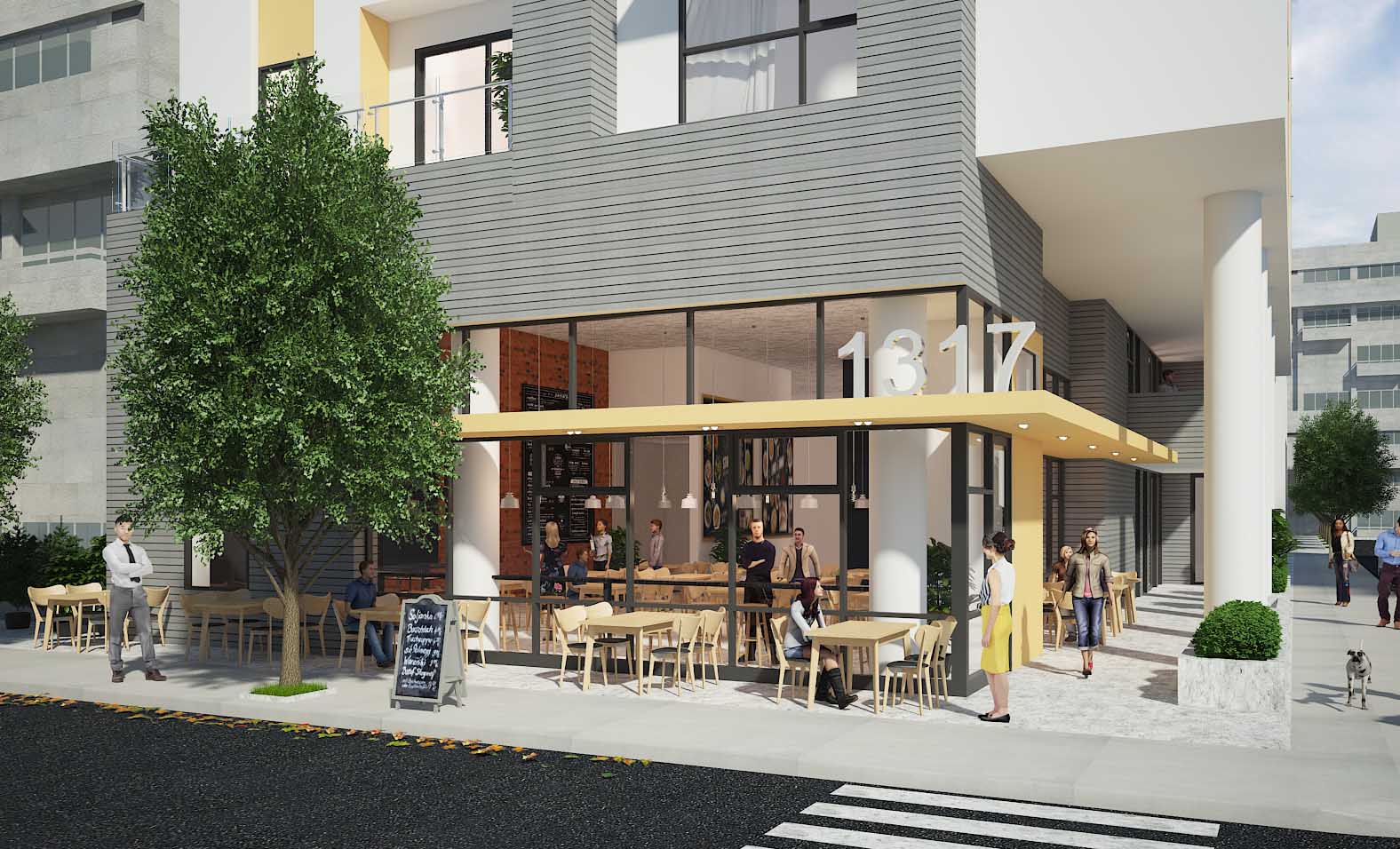 About three years ago, FMB Development CEO Ilan Kenig took a close look at the Downtown Los Angeles area and realized that there was a need for in-fill projects that would create condo-style living for people moving into the area, as well as complement its existing spaces. His solution: the formation of a boutique, luxury residential and retail offering where residents could truly take advantage of the best that the city has to offer.

“We believe this area of Los Angeles will continue to grow and thrive while preserving the things that make the area so special, and we want to be part of that process,” says Ilan Kenig, who is developing the new $37 million 1317 Hope Street mixed-use project in partnership with Build4You and DE Architects. “FMB Development is uniquely positioned to create a building that is both iconic, but also designed to blend seamlessly in the existing neighborhood.”

Found in the heart of Downtown Los Angeles‘ South Park District—at the nexus of retail, entertainment, restaurants, and the 10 Freeway, near the Los Angeles Convention Center, Staples Center, and LA Live—the new seven-story development will feature 25,600 square feet of residential space, with prices still being finalized.

Expect modern, classic environs with detailed finishes and local artwork throughout, amenities including a common roof deck, and retail options such as grocery stores, to-go or a la carte-style dining, and restaurants. Construction began in mid-April, with completion expected by mid-2019.

“The area offers a number of great features, including accessibility to public transportation via the new Expo Line and the existing Blue Line, as well as the kind of walkability not generally seen in Los Angeles neighborhoods.”

“South Park, specifically, has much to offer for entertainment mavens, through LA Live and surrounding theaters, and foodies can enjoy some of the best restaurants in the area,” he adds.

“By building at 1317 Hope Street, we’re adding to the neighborhood’s walkability, character and retail offerings, while providing a boutique feel and high-end living amenities to residents.”

Explore Story
At the top of the community, elevated above a green sweep of island land and unbridled blue ocean views is a custom Plantation-style home, a welcoming and well-appointed perch to immerse oneself in the heavenly island atmosphere.
0
0
0

Explore Story
Less than a 5-minute drive from the manicured shops and eateries of Palisades Village is a little-known road named Marinette. Here, the wide and peaceful streets are adorned with old-growth California greenery and large, pretty homes.
0
0
0
Explore Story
13027 Blairwood Drive in Longridge Estates property dubbed Chateau Marguerite a classic Umbrian-inspired estate that delights in the breathtaking scenery. And not to be missed in Windsor Park, 524 Lorraine Boulevard a grand estate spread out over 1.5 lots on more than a half-acre.
0
0
0
Explore Story
The Stanley House, the first single-family home project by Lenny Kravitz and his interior design firm, has hit…
0
0
0