Speaking of her father, iconic woodworker George Nakashima, from a compound almost entirely of his creation in New Hope, Pennsylvania, Mira Nakashima says: “He literally built a life.”
Total
1
Shares
1
0
0

Born in Spokane, Washington, in 1905, George Nakashima was a Pacific Northwesterner from the start; prone to traversing mountains and thick forests on foot, he yearned for the wilderness, studied architecture at the University of Washington, and spent summers (save for one cosmopolitan season at the École des Beaux-Arts in Paris) working the salmon canneries of rough and rugged Alaska.

For George Nakashima, his life and work were one and the same, and a sense of holism threads through a craft he considered a spiritual practice. His new hope, Pennsylvania, the farm is a temple to his work, fluid in its aesthetic. The site is still home to George Nakashima Woodworkers.

Proving equally suited to the East Coast, Nakashima completed his postgraduate studies at MIT, landed professionally in New York City and, obligated by the Great Depression, sold his beloved car and purchased a steamship ticket around the world, sailing for its far corners, one year stretching to seven, extending his stays in Paris and Tokyo.

Tokyo proved particularly pivotal for Nakashima. He secured a place in the architectural office of Antonin Raymond, who posted Nakashima to India to supervise the construction of a dormitory at an Indian ashram. In the process of helming the project for four years, Nakashima became a disciple of the community and a prescriber of its teachings.

Says Mira Nakashima: “He intended to stay there the rest of his life,” and may well have had the world not lurched toward war. But as it did, Nakashima left India to reunite with his family in the United States, and set up a small furniture workshop in Seattle, in the basement of a boys’ club. He even secured a commission from a prominent cosmetics executive.

When the war reached American shores, Nakashima, his wife Marion and a young Mira were sent to the Minidoka relocation camp in Idaho. To that point, Nakashima had worked mostly with machine tools, but while incarcerated he apprenticed himself to a Japanese carpenter, whom he affectionately called “his teacher,” and refined his craft with Japanese joinery and traditional techniques.

A sponsorship by Nakashima’s former employer, Antonin Raymond, secured early release for the Nakashima’s and they left for Raymond’s farm in New Hope. Until Nakashima was able to purchase three acres of what is now an 8.8 parcel with farm labor in exchange for the land, the family lived in primitive conditions, “in an old Army tent,” remembers Mira Nakashima, while her father “built the shop, then the house, and then building after building.” After the birth of her brother, “he built more.”

The Pennsylvania property, which is listed on the National Register of Historic Places, nods to the Pacific Northwest, bordered as it is by trees.

“At one point he said that he would not be able to make furniture out of anything else but wood. It was his inspiration, his muse. Sort of his partner in creation,” an honest material for an essential craft.

Nakashima traded in timber with holes, cracks, and other character markings; he left edges rough and surfaces naturalistic. His way of working with wood was in essence to work within it, a communion that was radically humanistic.

A spiritual practice. More innovator than inventor, Nakashima incorporated centuries-old elements in his designs, like his trademark butterfly joint, which he used to close a crack in the wood, and the exposed joints of Japanese architecture. Her father was right, Mira Nakashima says, when he assured her that what people did not understand in the beginning, they would come to pay extra for (quite handsomely, as it happens).

In a highly commodified world driven by distraction, the Nakashima name means a great deal, representing a holistic way of working and existing, prodigious discipline, and purity of form. George Nakashima’s ideal-driven designs—from the Shaker-inspired, three-legged Mira chair, named for his daughter, to the Conoid chair, a puzzlement on two legs with runners—are, like wood, sustaining in an uncertain age.

Under Mira Nakashima’s architect-trained hand, and her insistence that designers be able to draw by hand, the George Nakashima Woodworkers of today is not unlike like yesterday: dedicated to making an honest, organic craft.

“Once you go all digital, you lose contact with the reality of the material,” Mira says.

“Making something by hand—it’s a different feeling. It’s expressive. That’s what makes it art.” An art, but foremost a craft.

Explore Story
1024 Palisades Road, a stunning home perched right on Santa Monica State Beach, within easy distance of the heart of Santa Monica whether by foot, bicycle or behind the wheel.
Explore Story
0
0
0 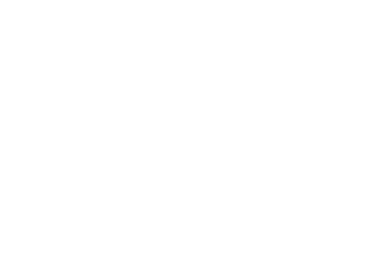