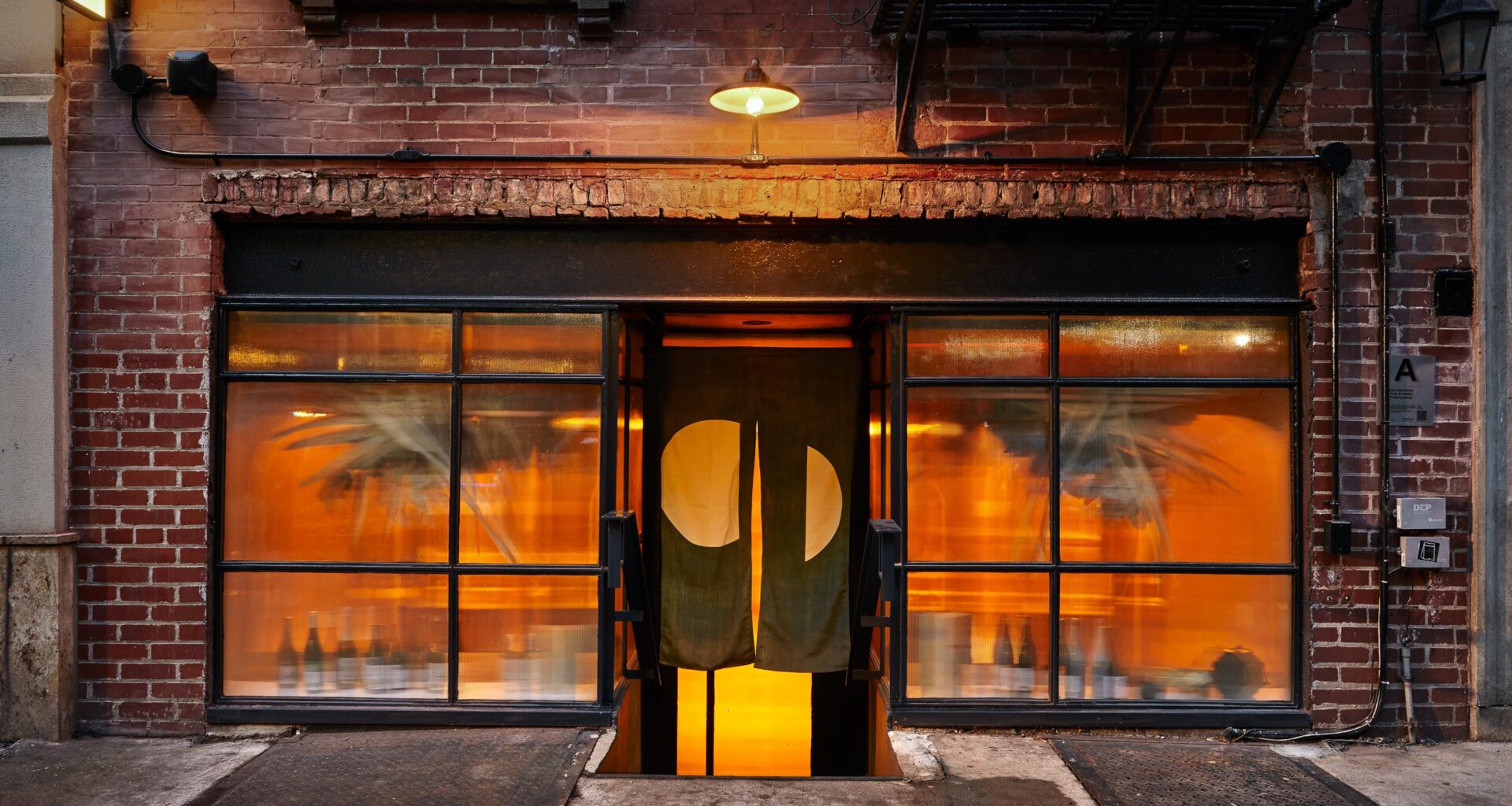 Located in Manhattan, New York City, both the exterior façade and the circa-1920 mosaic floor of Tsukimi were preserved, evoking a feeling of timelessness. Studio Tack meticulously chose andperfected every element of the space.
Total
0
Shares
0
0
0

The timelessness of Tsukimi is a reminder of another life years ago, when Executive Chef Takanori Akiyama and General Manager Karen Lin first met and worked together in the same space.

Just 14 seats in a polished atmosphere and a 12-course tasting menu: This is Tsukimi. Located in New York City, the Japanese restaurant was named after an autumn festival whose celebration consists of sharing food and sake under the full moon to promote contemplation, gratitude, and togetherness. These values pervade the venue designed by Brooklyn-based Studio Tack.

“While we certainly studied traditional Japanese dining interiors,” says Leigh Salem, a partner at the practice, “we were interested in a more eclectic and layered expression, referencing different eras and material palettes for the narrative of the space.”

“The space is quite small so each piece of millwork and location had to be custom-built for efficiency and multiple uses,” Leigh Salem confesses.

Two brass counter tables that face each other—leaving space in between for a path leading to the kitchen—can host seven diners each. The lighting is inspired by the indirect way the Japanese view the moon (reflecting in the water or through the landscape) during the restaurant’s namesake festival.

“We wanted to create something warm, honest, precise and reflective,” says Leigh Salem.

“We aimed to shape a glowing amber space, hidden behind a somewhat humble and pared-down facade. Each seat is framed by the architecture, creating a ceremonial sequence to the meal.”

Another goal was “to develop a space that celebrated a collective dining experience, a room that encourages togetherness and reflection.”

Selected to pair with flavors from the menu, dinnerware—comprising ceramics and custom pieces made by Japanese artist Hitori Wada and Brooklyn-based artist Minami Takahashi from Soto Ceramics—rotates seasonally. It is complemented with glassware from Tokyo-based Kimoto Glassware, Austrian glass manufacturer Zalto and some vintage pieces that belonged to Karen Lin’s parents. All these rare and beautiful objects are delicately placed on the tables and displayed on the shelves, becoming an integral part of the refined interior.

“We were drawn to the project because of the ownership team and their approach to their craft,” Leigh Salem says.

“The menu is grounded in the formal kaiseki tradition, yet reinterpreted through a contemporary New York lens. Each dish is a beautiful rendering of the chef’s perspective.”

Traditional forms and materials blend with contemporary detailing throughout the concept, in a peaceful atmosphere where savoring food becomes like a ritual—and to give tribute to that approach, Studio Tack perfected every element.

Explore Story
Consisting of eight designs in varied colors and custom shapes, Surreal Shifts, Kelly Wearstler’s ninth collaboration with The Rug Company, is no exception to her approach.
0
0
0