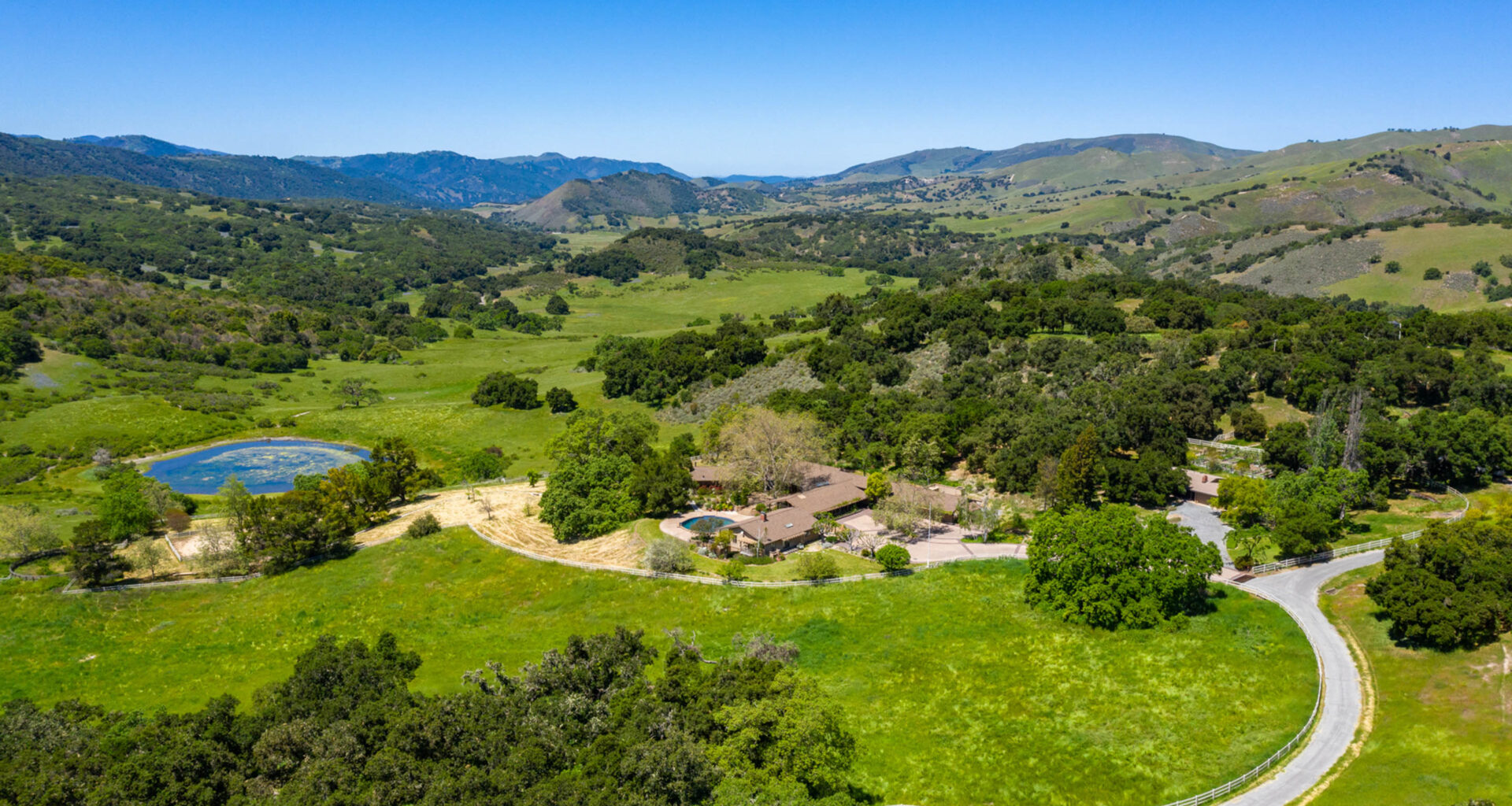 Resort-like Amenities Meet All the Comforts of Home at Rana Creek Ranch—Carmel Valley Showpiece Now on the Market for $37.5M

Less than an hour from the picturesque cities of Carmel-by-the-Sea, Pebble Beach and Monterey—nestled on more than 14,000 bucolic acres in Monterey County’s Upper Carmel Valley—hails this spectacular working cattle ranch/retreat owned (and updated extensively) for the past 38 years by Apple co-founder, Mike Markkula, and his wife, Linda.

“It is the largest private landholding in the entire Carmel Valley [comprised of most of the original 1834 Rancho Los Tularcitos Mexican land grant], so that alone makes it stand out,” says listing agent Bill McDavid.

“With that comes extreme solitude, yet town is only a short drive away.”

Among the highlights: a 5,413-square-foot, one-bedroom main house with an attractive western-themed bar and attached two-bedroom guest wing, as well as a separate two-bedroom guesthouse with its own four-car garage, and multiple offices and staff quarters. Add in a pool and abundant wildlife, not to mention breathtaking views of the Tularcitos Mountains and Salinas Valley, and Rana Creek Ranch satisfies all of the requirements for resort-like living and entertaining. The ultimate wow-factor, however, is the land itself, says Bill McDavid.

“After having told a story about how he literally got lost on the property not long after he bought it, [Mike Markkula] said, ‘If anyone wants to know how big it is… you can tell them it’s that big!’”

Explore Story
Tucked away behind the striking Spanish Colonial Revival-style façade of this six-bedroom residence in the sought-after Beverly Hills Flats neighborhood are modern interiors punctuated by touches of yesteryear.
Explore Story
0
0
0

Explore Story
According to the most recent Case-Shiller Home Price Index, home prices hit another all-time high in June, increasing 5.8% year-over-year. The index, which covers all nine U.S. census divisions, established a new peak for the seventh consecutive month. Although home prices were generally expected to begin cooling by now, don’t bet on a home price reversal just yet. The National Index reached a new high of 192.60, up from last month’s peak high of 190.61 and Los Angeles had the highest index reading at 263.57.
Explore Story
0
0
0