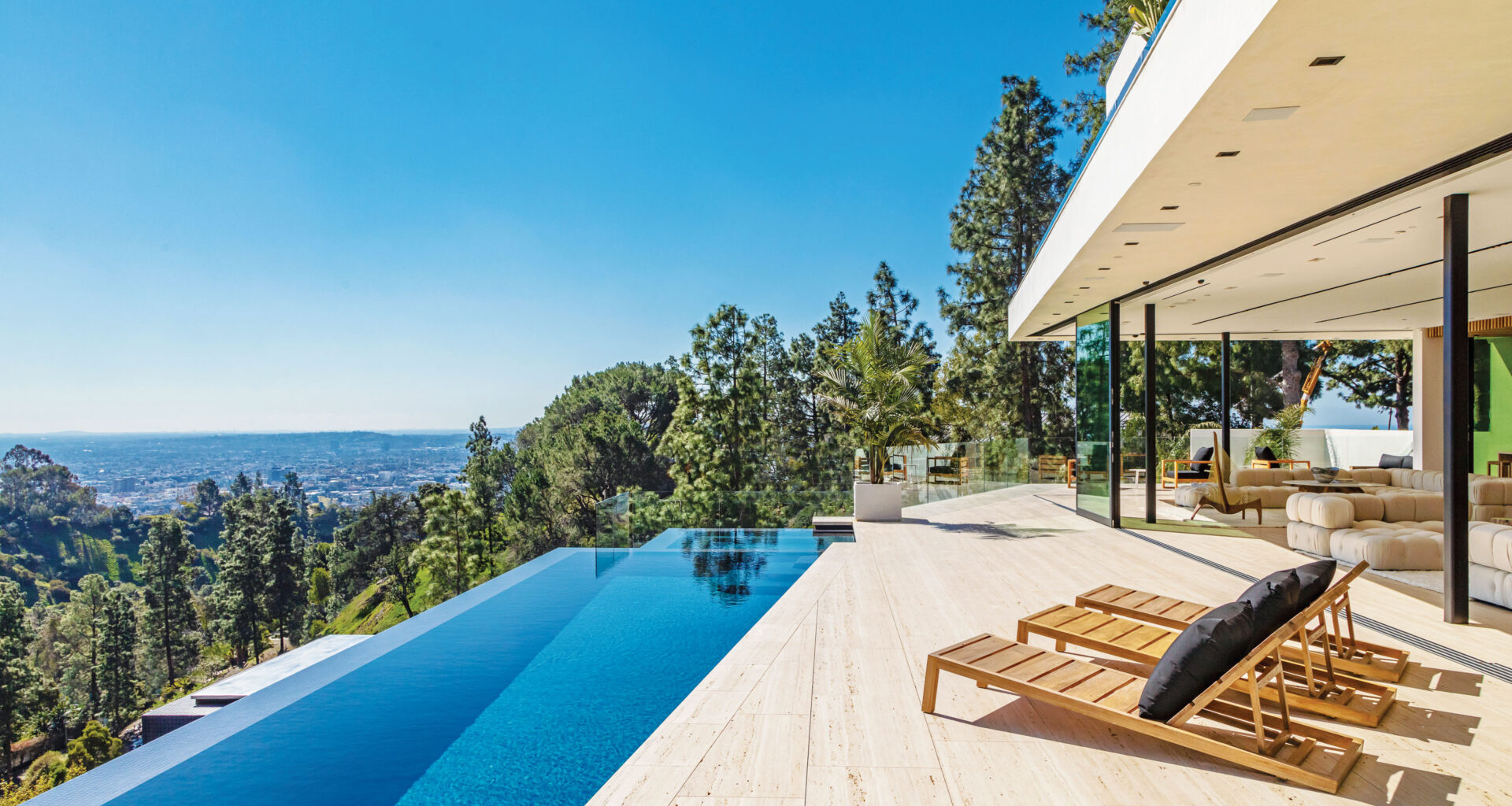 This Architectural Gem With World-class Interiors Exemplifies the Smart Home

“The developers on this property, Merkoh Development, who partnered with architect Richard Landry, actually did something really clever,” says agent Rayni Williams of 1274 Lago Vista, Beverly Hills who co-founded the Beverly Hills Estates with Branden Williams, and is also the CEO.

“They brought us on to consult two years before the property was ready for the market to help choose the materials. My husband and I lead a consulting firm that we have had for years, but very few people understand the intrinsic value of doing that.”

“The developers asked us: ‘What is the void in the market?’ ‘What do buyers want?’ And ‘What finishes are the buyers looking for?'”

With the help of Rayni Williams and Branden Williams’ expertise, every detail was carefully considered in this 13,000-square-foot property boasting spectacular 360-degree city, ocean, and canyon views.

Located in the heart of Beverly Hills and designed by the renowned Richard Landry, the three-level house, which comprises six bedrooms and eight bathrooms, is a modern masterpiece characterized by a travertine exterior and large glass windows.

“The developers never said to us, ‘This too expensive,'” Rayni Williams says.

Thanks to this approach, priority was given to the highest quality materials—including teakwood, white oak, and marble, among others—and features such as the smart door, movie theater, sauna/steam room, gym, wine rooms, gourmet kitchen, and multiple decks for entertaining.

These decks host a rooftop jacuzzi, infinity pool/spa overlooking the Los Angeles skyline, and a poolside TV that emerges at the touch of a button. Fully automated, this house—offered at $38,000,000—shines a spotlight on both technology and style.