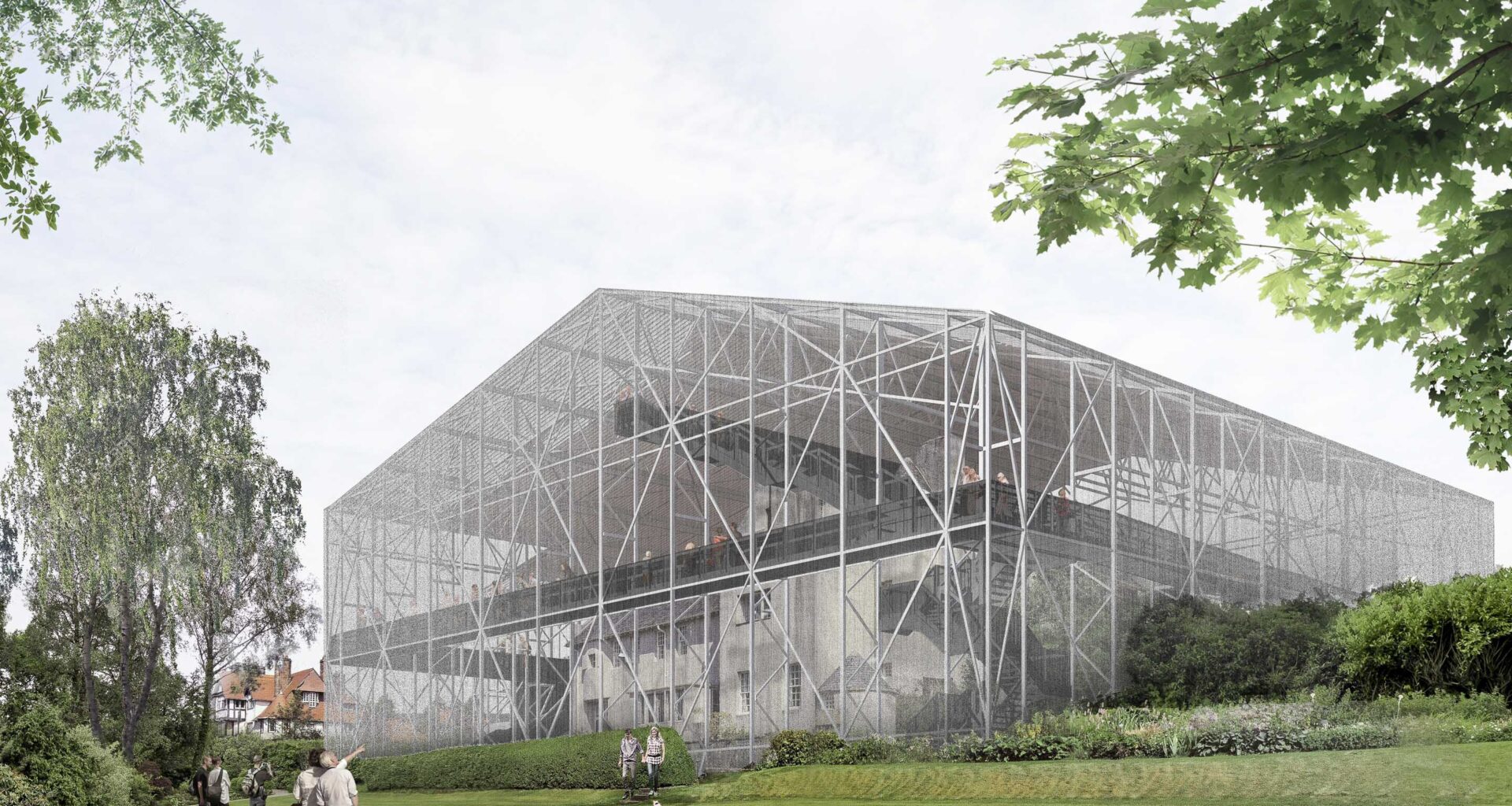 The Box, a “bubble-like” innovative architectural intervention created to preserve and safeguard the historic Hill House, is an example of classic Glasgow style designed by Scottish architect Charles Rennie Mackintosh. This solution protects the building from environmental elements to prolong its future for generations to enjoy.
Total
0
Shares
0
0
0

A Progressive Architectural Solution Thoughtfully Engineered to Safeguard The Hill House, a National Treasure in Scotland, is a First in the World

The Hill House had seen better days when its steward, the National Trust for Scotland, first conceived of a solution to protect it, the Box. In the annals of architectural intervention, this concept is actually so far out of any box at all that it should be seen as pioneering as The Hill House was when it was designed in 1902, with the optimism of a new century by architect Charles Rennie Mackintosh.

Why such lengths for a structure so battered by the elements that the only way to save it was to encase the whole thing in a steel frame covered with chain mail? Realize this is a consideration that could only exist in a country other than its own.

“The Hill House is supremely important to Scotland and around the world as an example of Charles Rennie Mackintosh’s domestic architecture,” explains Emma Inglis, curator at the National Trust for Scotland.

Architect Charles Rennie Mackintosh looked to both to the past and to the future, from exciting European artists and architects, like Gustav Klimt and Josef Hoffmann, to his Scottish roots, to create his own unique architectural blueprint. Pared-back and contemporary with comfort at its heart, The Hill House has turrets and curved stairs that imitate Scottish Baronial style, and simple squared window lines and a lack of embellishment that hinted at a more modern world.

Using cement roughcast was a new and daring choice for the day, as roughcast was traditionally associated with low-class building types, but it helped settle the house into the landscape and showed Charles Rennie Mackintosh pushing the boundaries of new materials. The house is a quintessential example of classic Glasgow Style, as well, evident in its colored glass and metal light fittings, plain oak chairs worked with strong lattice designs, textiles embroidered with sinuous elongated female figures. Within the internal architecture of the house are typical motifs such as hearts, squares and dominant vertical lines, and stylized representations of flowers, including the Glasgow Rose.

Now with the Box, its design finalized by London-based architecture firm Carmody Groarke, the house has a revolutionary defender.

“This project is genuinely a world first.”

Emma Inglis, curator at the National Trust for Scotland

“There have been approaches to encase buildings for a temporary period whilst various works take place, but the idea of surrounding a domestic scale property with a transparent, wind permeable but semi-permanent covering is—as far as we know—unique.”

Principally, the Box minimizes its environmental risks and, at the same time, also provides unprecedented public access to The Hill House with walkways at various external levels, including right over the roof. Not welded together, the Box can be entirely unbolted and removed at any time then theoretically reassembled.

“This solution neatly removes all of these challenges.”

Photographs Courtesy Of The National Trust For Scotland.

Explore Story
As you walk up and down The Strand Manhattan Beach, you’ll find affluent homeowners basking in the best of what Southern California has to offer—from the natural beauty of the ocean to trendy shops, restaurants and nightlife locales, to enjoying outdoor activities such as biking, surfing and volleyball.
0
0
0
Explore Story
Table of Contents Once home to famed artist Gary Sweeney and his family, this Manhattan Beach property soon…
0
0
0
Explore Story
A kids’ space and a serene meditation spot are the contrasting functions that mark the Forest Pond House, a small, pristine case study of intentional architecture by TDO Architecture.
0
0
0
Explore Story
In the heart of Los Angeles’s Hancock Park, this 4,500-square-foot home, which bridges 65 feet of natural stream, was designed and built with innovative and sustainable techniques.
0
0
0