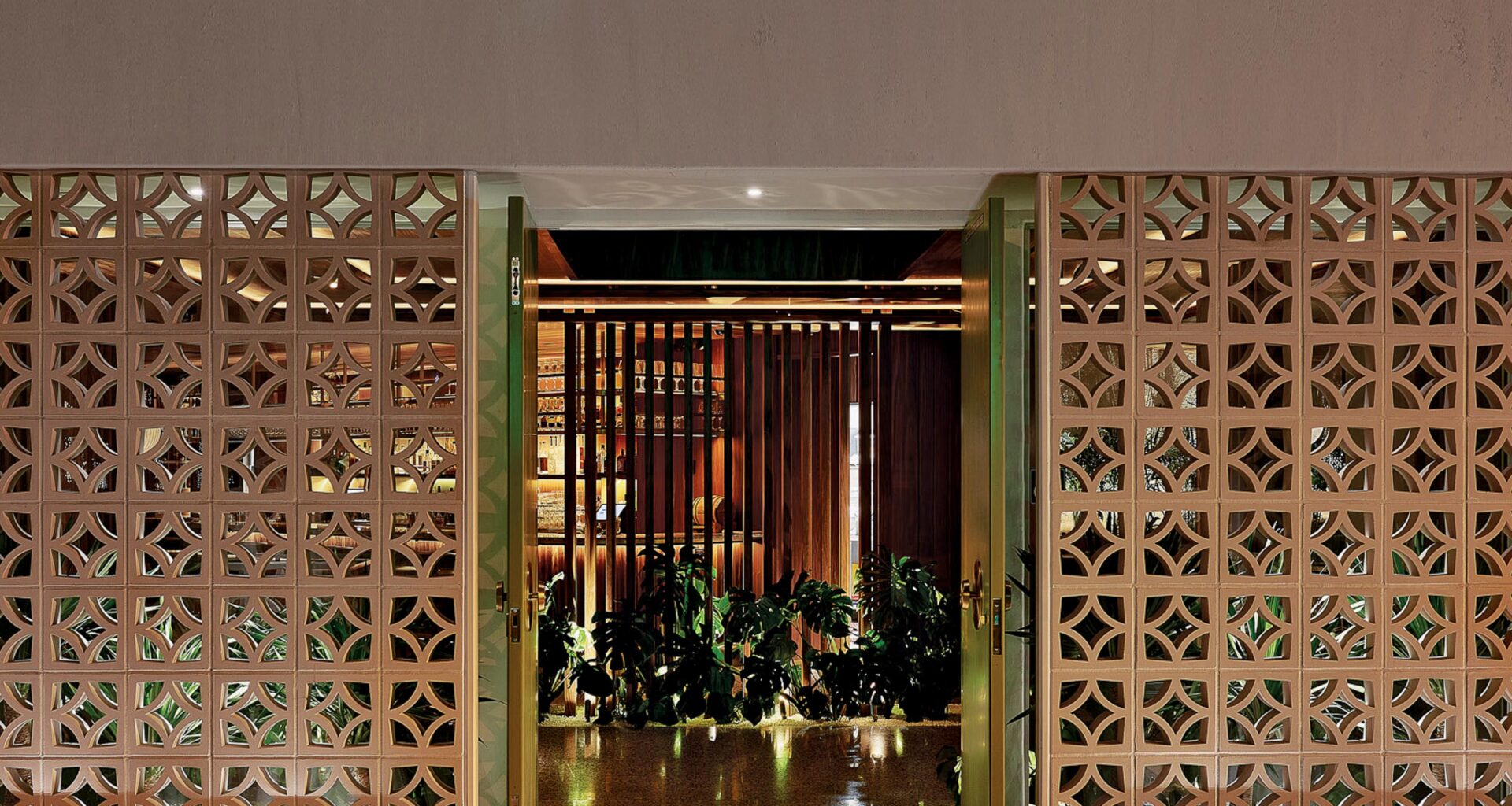 Sophie Goineau: A Desert Feast for All Senses

Interior designer Sophie Goineau tackled the challenge of transforming a 5,000-square-foot space with a vision inspired by the “free architecture” of the midcentury, which is characterized by the fusion of a building with its natural surroundings.
Total
45
Shares
45
0
0

In Palm Desert, California, the New Porta via Restaurant Was Reimagined by Interior Designer Sophie Goineau as an Ode to the Architecture and Landscape of the Region

“We tamed the vibrant colors and impressions of quintessential desert structures in the area—bringing in more wood, earth and organics that calm down the sun—while enhancing the identity of the existing architecture in respect to the language of Palm Springs,” says Sophie Goineau, who heads up an eponymous studio.

“As a native Angeleno, I’ve spent a good amount of time in the desert and have always found the San Jacinto Mountains magical,” confesses restaurateur Peter Garland, the founder and owner of Porta Via Restaurants.

This location in Palm Desert, which is the largest of the brand, opened its doors just a few months ago after an important makeover that both respected the existing structure and introduced contemporary elements.

At the entrance, the concrete breeze block screens on the façade are typical of regional buildings. The original entry atrium which was more than 25 feet high was modified in favor of a more human scale, while a new exterior staircase that changed the look of the back façade gives access to the additional space upstairs.

Floating walls, mirror applications, as well as terracotta clay and stucco accents, dress the interiors where classic features such as recessed planters in the flooring and banquet units in the dining room are reminiscent of the Elrod House created by John Lautner (1911-1994) for designer Arthur Elrod in 1969 and the historic Rancho Mirage property in Sunnylands commissioned to Archibald Quincy Jones (1913-1979) in 1963 and completed three years later.

“We incorporated a reverse flow; instead of just the traditional indoor to outdoor space, we brought more of the outdoors inside,” says Sophie Goineau.

Wood is omnipresent through the walnut fluted paneling, overlapping ceilings, thermally modified ash and pergola-like overhead screens, bringing some coziness to every nook. Reference to Charlotte Perriand is visible through the box shelf detailing with metal and colored glass at the recessed bar, while the retractable tambour doors on the cabinetry and shelving units are reminiscent of 1960s case pieces and maximized storage elements found in desert-dwelling RV culture.

Outside, too, the story continues, with the three surrounding patios and the building’s steel overhanging cantilevers which combine with glass walls that recall the work of renowned midcentury architects Harold Levitt (1921-2003) and Paul R. Williams (1894-1980).

“These features created the recipe for scenes of parties and gatherings in these unconfined spaces,” Sophie Goineau says. “That was the essence I wanted to express.”

“Coming out of the pandemic, the gain in popularity and necessity of outdoor dining made us shift our plans a bit midway through the design phase,” adds Peter Garland. “We negotiated with the city to expand the sidewalk and street to provide extensive outdoor dining space.”

Both inside and outside, Porta Via in Palm Desert transports guests on a rich visual journey meant to awaken the senses.

Explore Story
This year celebrates 20 years of rather stunning success with Meridith Baer Home, a company she spun from her imagination and two hands. In the late 1990s, Baer, then an actress and scriptwriter, was in between rental homes.
0
0
2
Explore Story
Although Vanessa Alexander started her career in the entertainment industry—working in the field for several years—it is not…
0
0
0
Explore Story
Many partners are coupling interests and combining talents as seamlessly as a signature indoor-outdoor living space in Los Angeles. Not unlike the minds behind burgeoning L.A. design brand Hammer and Spear, spouses Scott Jarrell and Kristan Cunningham.
0
0
0
Explore Story
From city lights chic with KAA Design Group, Hudson + Bloum Design’s modern mountain home to Grey Dove Design’s wintery white—the atmosphere is festive with design styles this season.
0
0
0