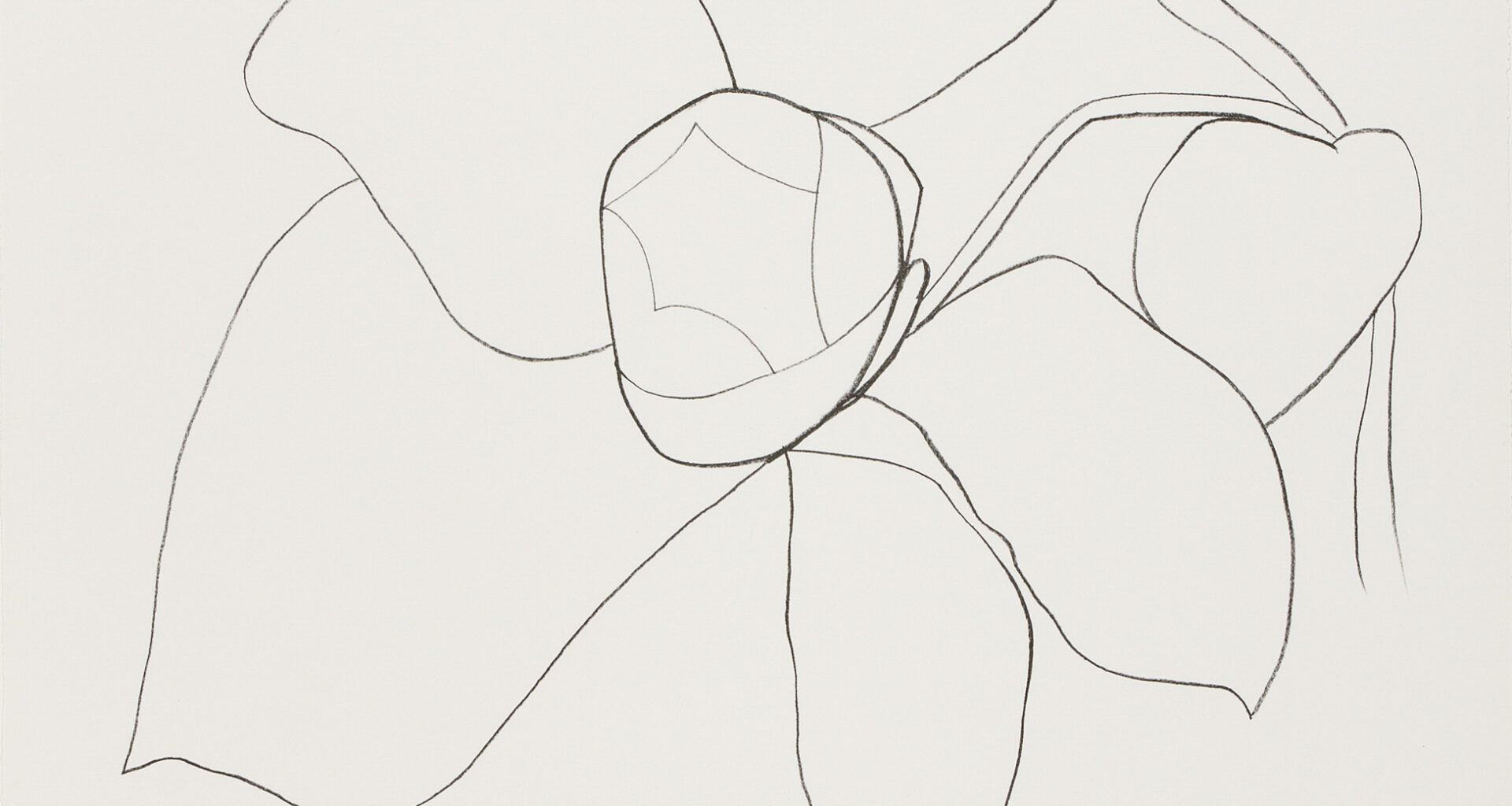 In the 1960s, artist Ellsworth Kelly (1923–2015) started creating lithographic prints. At the time the American artist was midway through a successful art career and had confined himself to sketches and sculpture and painting. His first two collections of lithographs, started at roughly the same time, are a study in contrasts, and how things that appear very different on the surface can have more in common than one might initially think.

Currently on display at the Norton Simon Museum in Pasadena, Line & Color: The Nature of Ellsworth Kelly exhibits these two collections side by side: Suite of Twenty-Seven Color Lithographs is a collection of brightly colored abstract works; Suite of Plant Lithographs is a classicist’s study, figurative and sparse, of plants, flowers and fruit.

Though visually different, the artist meant for the two collections to mingle. Their connection? The soft geometric shapes of Suite of Twenty-Seven Color Lithographs were informed by the clear-cut lines and silhouettes of the plant lithographs—and vice versa. “Shape and color are my two strong things,” said Kelly in 2012. “And by doing this, drawing plants has always led me into my paintings and my sculptures.”

The different aesthetics of the two collections makes sense given Kelly’s biography, which includes postwar years spent in Paris studying classic art forms—and drawing plants—followed by a return to America in the 1950s that coincided with a burgeoning Abstract Expressionist movement in New York City. It was there that Kelly set up shop in Lower Manhattan alongside Jasper Johns, Robert Rauschenberg and others, and his bold, abstract works found a home.

Accompanying the exhibit are two of Kelly’s paintings. At nearly 30 feet long, “White Over Blue” consists of two oversized panels that hand alongside each other, commissioned for Montreal’s Expo 67. The other is “Red Orange White Green Blue,” a collage of five panels joined together to create an unbroken spectrum across the wall. Should one find oneself seeing double, the exhibit runs through Oct. 29.