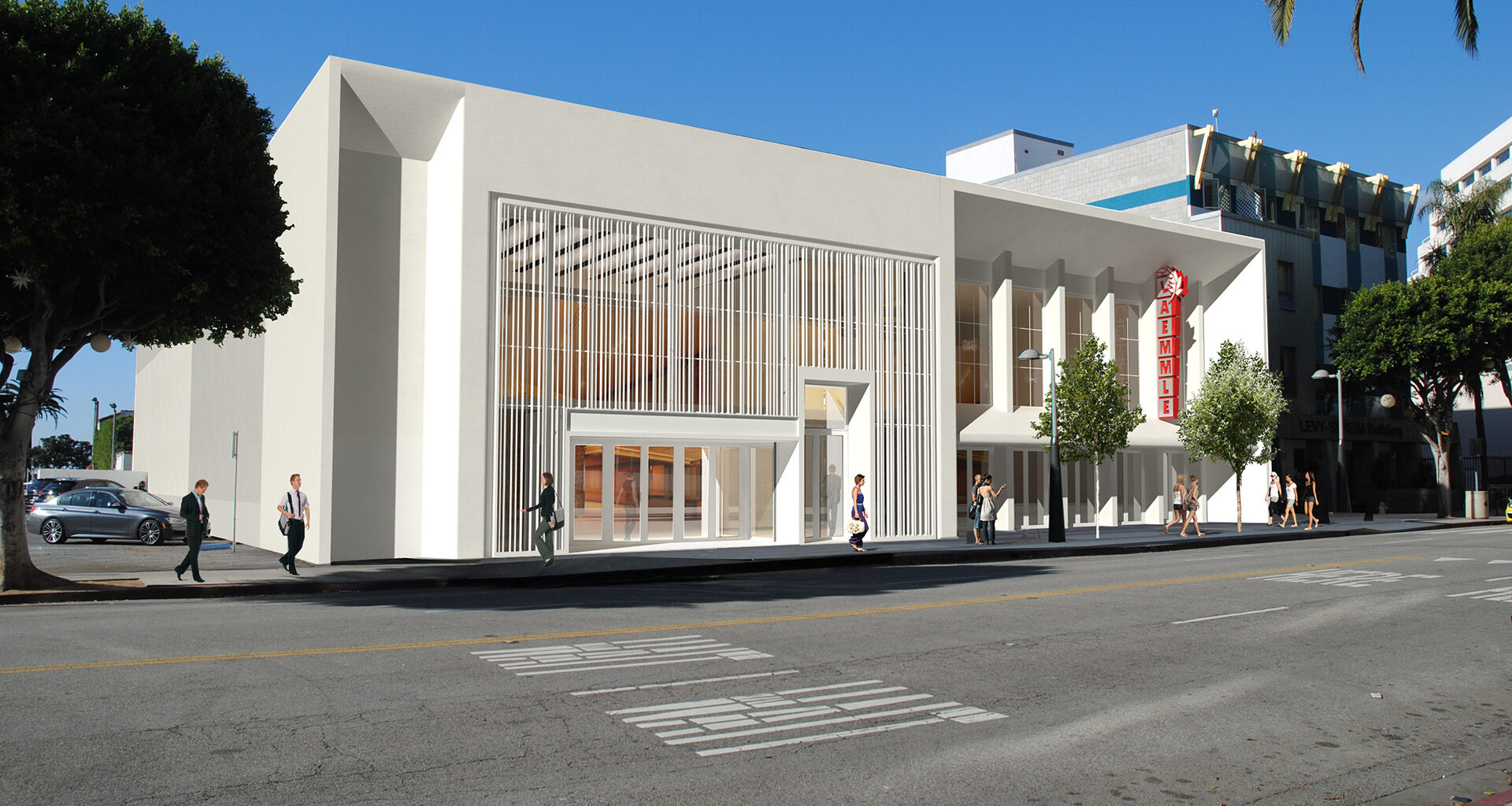 When the Monica 4-Plex—a cultural touchstone for the communities of Santa Monica and West L.A. for nearly half a century— shuttered for an ambitiously scaled overhaul, few professed to truly understand the scope. But now, on pace to premiere this October, look for the rechristened Monica Film Center and its cult following to reap the rewards of what is sizing up to be an epic reveal.

“The theater is going to be thoroughly and completely modernized,” says Greg Laemmle, owner of Laemmle Theatres, with locations throughout Los Angeles. “We’re adding screens; the venues are smaller, but we’re going to be able to show six films instead of four. It’s obviously been a problem either getting films into the Santa Monica area for regular patrons to see, or having extended runs, so we believe that this is going to be a more efficient, valuable amenity to the community.”

The Laemmle legion—cineasts with a taste for top-drawer programming and international art house fare, from indie and foreign films to documentaries—will be heartened to know that the remade Monica Film Center has no plans to deviate from its métier, though it’s certainly upped its game as a destination.

Helming the renovation, Abramson Teiger Architects has done everything but roll out the red carpet. The refreshed theater is modern, but organic too. The starburst-shaped lighting of the original venue “took us back to an early 60s, sort of Jetsons mentality, which led us to look at the TWA terminal at JFK International Airport in New York, with a lot of curves,” Laemmle explains of the cross-pollinate approach to its design. “That became part of the language that we used for the theater.”

Among the most massive structural improvements is a significant augmentation to the rooftop, where in place of a rooftop deck, as initially planned, there will be a fully enclosed and supported ocean-view restaurant. Laemmle expects the second dining concept, situated on the ground floor, to stimulate a livelier mood on the street. Uniquely, these spaces are intended to cultivate an experience separate from a cinematic one.

“Our patrons,” explains Laemmle, “appreciate good film, but also good food and good drink; so it’s not just a movie, it’s dinner and a movie. There are plenty of people who appreciate the dine-in movie experience, and that’s fine, but it’s not us. We’ll provide films selected by a movie theater, and food from a restaurateur.” Aside from the convenient opportunity to dine at a couple of really good restaurants, “right then, right there,” as Laemmle puts it, concessions have been expanded to include beer, wine and a smattering of additional food items. A new second floor reception area, meanwhile, will provide patrons with a pre- or post-show perch.

Not all is new, however. Look for the starburst lighting that dazzled the Monica 4-Plex to do the same at the Monica Film Center, where they’ll be installed as well.

After all, Laemmle laughs, “My grandmother was involved with the design of the original theater, so I couldn’t throw it all away!”

Explore Story
Day 4 | In this Episode, Dan O’Connor and their new home has just begun demolition. They’ve…
0
0
0
Explore Story
Landscape designer and author of a lush new tome, Margie Grace cultivates exquisite gardens with singular flora and flourish.
0
0
0
Explore Story
When needing to escape the hustle and bustle of New York City, interior designer Sara Story seeks a weekend and holiday sanctuary at this Texas refuge.
0
0
0
Explore Story
Surrounded by the desert and nestled in the Coachella Valley, the Sands Hotel & Spa is worth the…
0
0
0