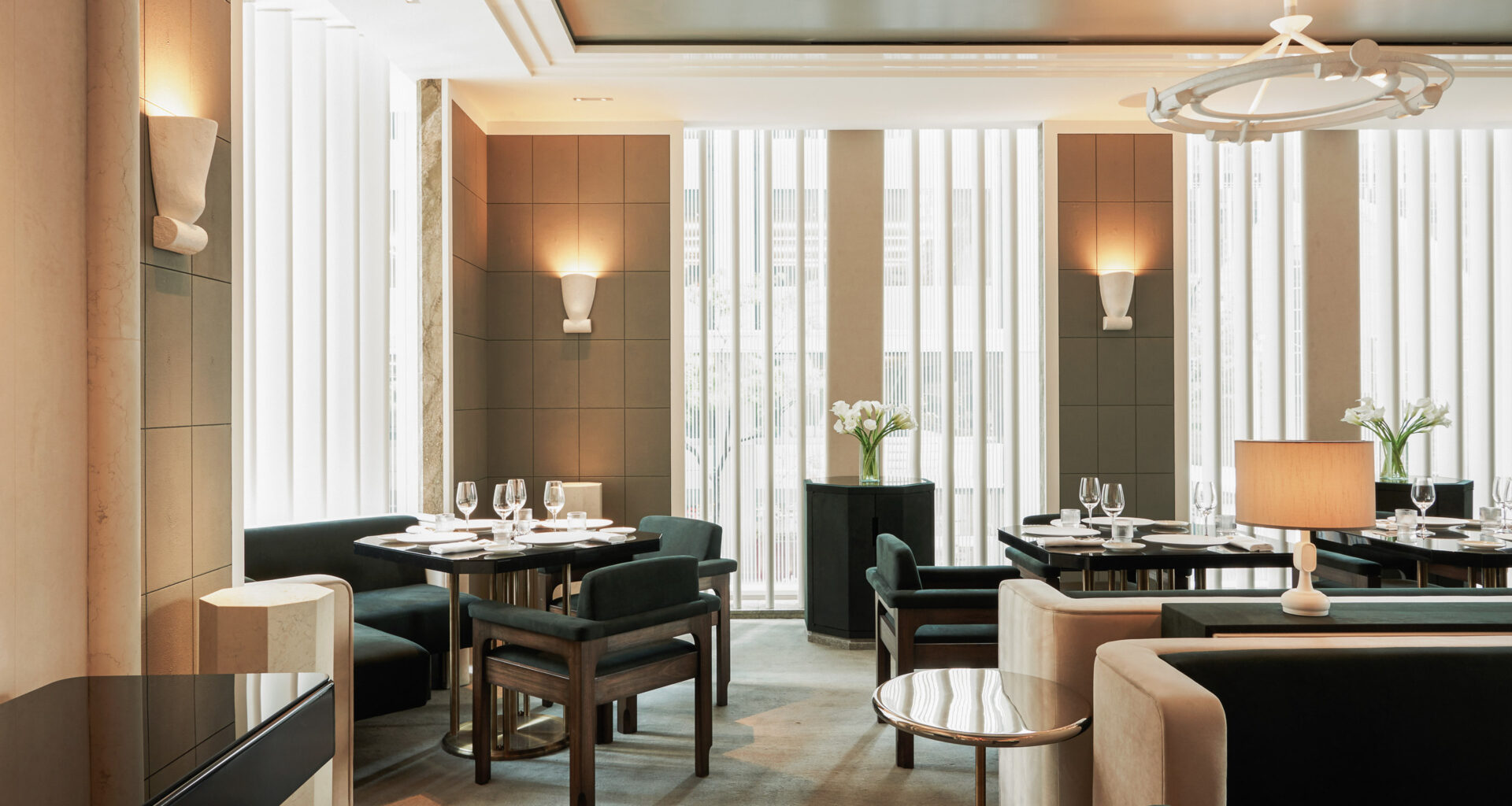 Timeless and filled with natural light through floor to ceiling windows, Le Jardinier restaurant gives one the feeling of being in a modern greenhouse in the heart of New York City.
Total
13
Shares
0
0
13

Timeless and filled with natural light through floor to ceiling windows, Le Jardinier restaurant gives one the feeling of being in a modern greenhouse in the heart of New York City

In New York City, Midtown Manhattan, two new hot spots are a feast for both the eyes and the palate. Inaugurated in May, the 62-seat Le Jardinier (French for “gardener”) focuses on high-quality vegetables, seasonal ingredients and fresh herbs. Or, “…the way sophisticated diners are eating globally,” says chef Alain Verzeroli, who is also at the helm of Shun, a contemporary French restaurant with Japanese influences that opened in June and was named for the Japanese culinary tradition that celebrates seasonal food at its peak flavor.

“Shun combines my experiences working in both France and Japan,” explains Verzeroli, a 21-year protégé of renowned French chef Joël Robuchon. “Our aim was to create a luxurious yet minimalist space focusing on the Japanese philosophy of seasonality.”

Nestled in a new luxury condominium tower developed by Aby Rosen and designed by architect Norman Foster, the two dining concepts—which are connected via a monumental marble staircase—feature interiors by French interior designer Joseph Dirand, who has worked on projects such as Loulou, Monsieur Bleu and Le Flandrin in Paris, and the Four Seasons Hotel at The Surf Club and Le Sirenuse restaurant in Miami.

Timeless and filled with natural light through floor to ceiling windows, Le Jardinier gives one the feeling of being in a modern greenhouse in the heart of New York City: The space is adorned with lush vegetation, green marble walls and floors, and vertical louvers. French artisans based in the Big Apple created much of the craftsman’s work throughout. On the second level, Shun’s elegant art deco-inspired spaces comprise a 58-seat dining room and open kitchen; Bar Shun, a cocktail lounge for up to 38 people; and two private dining rooms for a contingent less than half that size.

“In the intimate space upstairs, everything will serve to calm the senses, from the exquisite design by Joseph Dirand and the chosen color palette to the menu and artisanal tableware settings imported from Japan and France,” says Verzeroli.

While Le Jardinier and Shun are two distinct projects with their own personalities, their refined looks share the same spirit and inextricably link them. Already loved by New Yorkers, the first restaurants in the city for both Verzeroli and Dirand will for sure attract gourmet travelers from all over the world.

Explore Story
Here, top-ranked Palos Verdes Realtor Chris Adlam of Vista Sotheby’s International Realty on why this is such a special place in the South Bay.
0
0
0
Explore Story
Creating a home that seamlessly blends art, architecture, design, and nature requires a strong creative vision but also needs highly skilled individuals and teams to bring it to life. Located in the historic neighborhood of Alamo Heights in San Antonio, Texas, this modern house achieves that coveted blend.
0
0
0
Explore Story
Now owned by singer and entertainer Michael Feinstein and his husband, Terrence Flannery, it’s on the market for $12.75 million, complete with an underground tunnel for secret entrances and exits, sweeping city to ocean views and fabulous grounds showcased by formal gardens.
1
0
0
Explore Story
This comfortable yet stylish contemporary home on the Palos Verdes Peninsula that’s been completely remodeled to the nines…
0
0
0