Many partners are coupling interests and combining talents as seamlessly as a signature indoor-outdoor living space in Los Angeles. Not unlike the minds behind burgeoning L.A. design brand Hammer and Spear, spouses Scott Jarrell and Kristan Cunningham.
Total
0
Shares
0
0
1

After separate trajectories in the television business (Cunningham hosted HGTV’s Design on a Dime and was a correspondent for Rachel Ray), the couple made a significant life pivot, joining forces to launch Hammer and Spear in 2013.

Since that time, they have watched the brand balloon, stimulating an expansion to bring its multidisciplinary design studio and subsequent showroom under one roof, that of a historic brick building in the L.A. Downtown Arts District, a substantial 5,000 square feet of curated environs that speaks especially well to the currents of the resurgent neighborhood.

Featuring fluidity between settings, Hammer and Spear has a kind of whole-house feel, as if one could move into the showroom and never really know they were in a retail environment.

Certainly it’s tempting. The stylistic direction is quite sumptuous—moody and industrial, with a masculine sense and near-perfect understanding of how to mix accents with ease. It is edgy and atmospheric, the urban-cool reflection of DTLA. All is the result of the artistic alchemy and thoughtful collaboration at the core of the company.

Although best-known as a brand that bridges different aesthetics and centuries in a contemporary way—an exceedingly smart approach in a town with myriad architectural styles—Hammer and Spear also leans quite local, representing and collaborating with L.A. makers.

Look past the curated merch and more than a few creative types milling about and one senses a salon-like feel permeating the space, which is filled with furnishings and apothecary items that are stylistically symbiotic, with the likes of vintage rugs from Morocco, a traditional leather Chesterfield sofa and other pieces. It’s a layered, collected aesthetic that looks a lot like how one actually wants to lives—comfortably, with perfection-is-in-the-imperfection idea.

As effortless as Jarrell and Cunningham make it all look, the business they continue to build is backboned by a great deal of refining work. The name “Hammer and Spear” suggests nothing less, but in reality, “Hammer” speaks to Cunningham’s nickname (“The Hammer”) and “Spear” references the name last Jarrell, which means “man with the spear” in the Norse/Scandinavian language.

All helps to establish a narrative, which is a big part of the Hammer and Spear ethos. For Jarrell and Cunningham, curating, community building and conceptualizing environments is simply the story of their lives.

Explore Story
Located in Manhattan, New York City, both the exterior façade and the circa-1920 mosaic floor of Tsukimi were preserved, evoking a feeling of timelessness. Studio Tack meticulously chose andperfected every element of the space.
Explore Story
0
0
0 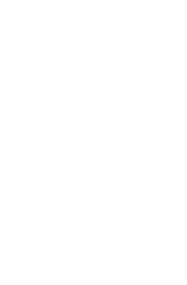 Explore Story
When developers first laid eyes on the parcel of land where they hoped to build a new luxury, mixed-use rental community, the downtown Santa Monica site was dotted with outdated fast-food joints and an antique mall. Parking also was difficult, as cars entering and leaving disrupted traffic flow.
Explore Story
0
0
0

Explore Story
Few landmarks are as rich in history as Los Angeles Athletic Club, the city’s first private club with roots in the Gilded Age. Among its offerings are a boutique hotel, a spa and eat-and-drink concepts that include the Blue Room.
Explore Story
0
0
0
FREE Insider Access to the Most Impressive Homes in LA
We value your privacy. Friends don't spam friends.