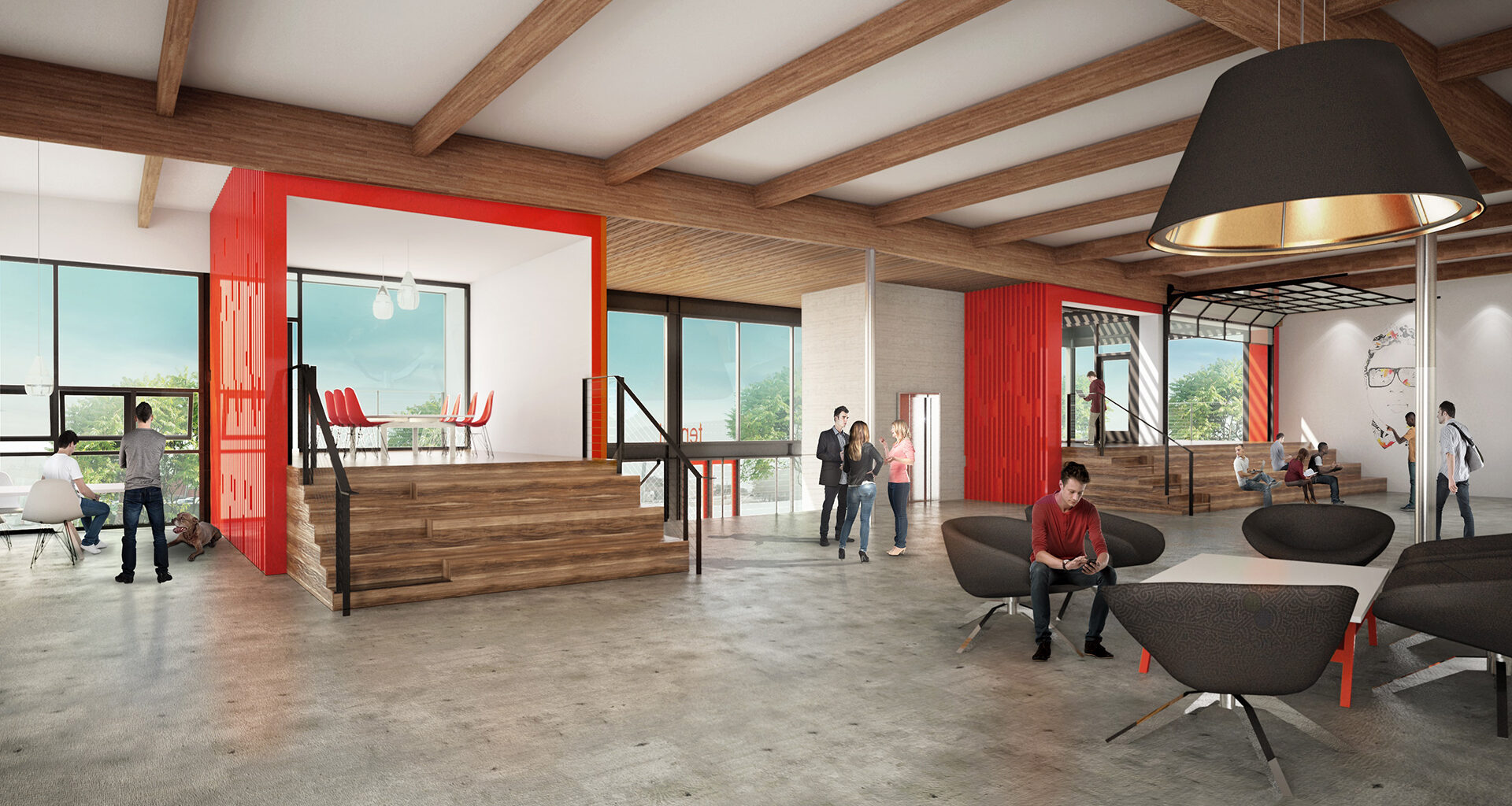 Once a forlorn-looking area of light industrial buildings and hush-hush production studios, like J.J. Abrams’ Bad Robot, a certain section of Santa Monica is experiencing a serious comeback—call it the Expo factor. With the long-anticipated extension of the metro line from Culver City to Santa Monica, a flurry of commercial and residential development is taking place around its path.

Among those is a mid-century building that has just emerged from a sixmonth makeover at the hands of Culver City-based Ehrlich Yanai Rhee Chaney Architects. Located at 1301 Colorado Avenue, the newly updated 17,000 square foot creative office space is a five-minute walk to the 17th Street Expo Line station, and a six-minute ride from the Line’s last stop, Santa Monica Beach. Developed by New Urban West, it will join the ranks of nearby creative office spaces housing a mix of high-power, high-tech and entertainment companies such as Hulu, Universal Music Group and Innovative Artists.

To further enhance its connection to community, the building debuted on May 20, the same day the Santa Monica Expo Line officially opened to the public. New Urban West partnered with ArtCenter College of Design to unveil a series of large-scale “popup murals” commissioned to celebrate the opening. Created by artist Brian Rea, illustrator of The New York Times’ Modern Love column, and Clive Piercy, principal at design agency Air Conditioned, the series of boldly colored creations were on view for two weeks after the building’s inauguration. “The explosion of creative office and activity around the metro line extension made this project an exciting one for us,” says Ehrlich.