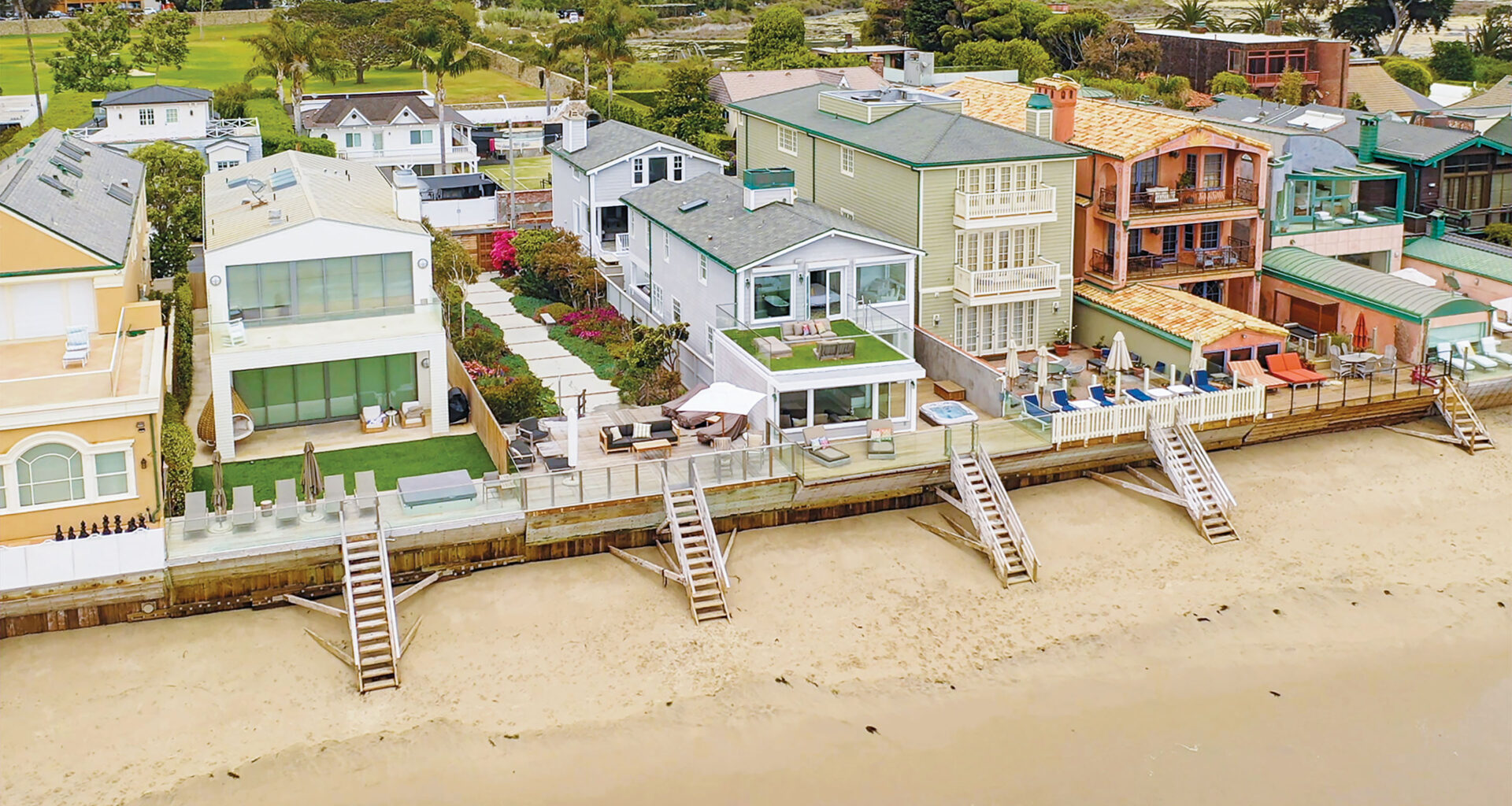 With all the makings of a multimillion-dollar listing—$21.5 million to be specific—23456 Malibu Colony Road is prime for the limelight and therefore in precisely the right neighborhood.
Total
6
Shares
6
0
0

23456 Malibu Colony Road a Malibu Colony Abode With a Box-office View is One of the Brightest Luminaries in Its Coveted, Star-studded Locale

It is reasonable to assume that one reason comedian, actor and television personality Howie Mandel once snapped up this blazing white lightbox for his very own beachy pied-à-terre was its effusive view of the Pacific—a scene that companions its interior from nearly every corner.

That was then. Now aspiring to new ownership, 23456 Malibu Colony Road is a star attraction in the high-powered ‘hood Malibu Colony, an exclusive 24-hour guard-gated community in the heart of Malibu itself.

The location is everything to this address, which is within walking and biking distance of Malibu’s big-ticket allures, from the supreme retail scene of Malibu Country Mart to the front-row seat to three world-class surf breaks.

Equaling the standard set by its highly desired surround, the house is a vessel for California coastal living of the type memorialized in movies starring the likes of Mr. Mandel and his Hollywood cohort.

Case in point: multiple outdoor entertaining areas, including a lovely outdoor dining space with heat lamps, outdoor kitchen and fire pit; and inside, a beachfront living area featuring pocket sliding doors that open to an oceanfront deck just steps from the sand.

Essential to the house, and the experience one has of it, is its defining view. It’s a spectacle,  stretching out like an open hand, a cinematic span of endless sea and a postcard horizon.

“The views from this house are superior to the majority of other homes in the Colony because the adjacent lot is an empty lot used for access, resulting in no neighbor on the right,” observes Sandro Dazzan of The Agency. “Because of this,” he notes, “the property offers ocean views all the way back to the guest house, which is rare for a colony property.”

What’s more, “The oceanfront living room and the primary bedroom both have sweeping coastline views of the Santa Monica Bay to Palos Verdes, all the way to the sunsets in the west towards Point Dume.”

In seizing on its outlook, the house is never in want of a dramatic backdrop. The curtain does not fall—the show goes on.

The house is not, however, theatrical. It’s contemporary—crisp, bright, and calm, supporting an easy, open flow. With wide glassy apertures helping to blur the lines between indoors and out, the space expresses a distinctly alfresco feeling and congenial air. There is a low-key exquisiteness in its clean lines and glistening surfaces made brighter by a beaming white-toned interior that only amplifies the great blue beyond.

The first encounter with the house comes via the courtyard, which hosts two dwellings: the main house and, just behind, a generous guest house with a living area, bed and bath, and an upper loft space to use as a gym, an office, art studio or another function of one’s imaginings.

A large center-island kitchen and workstation area, all separated by a fireplace leading to the formal dining and oceanfront family room, makes for a sunny entrance to the main house. Melding form and fashion, the chef’s kitchen is wonderfully airy and beautifully finished with smooth countertops, showcase appliances and slick fixtures, warmed by whitewashed wood-beam ceilings, a farmhouse sink and glassy globe pendants.

Upstairs, an incandescent light infiltrates the high-ceilinged primary suite. Appearing to float above the water, as if an extension of the sea itself, this serene bolthole makes the most of its luminous view both from inside the suite and, waiting in the wings (with seemingly all the time in the world), a spacious private deck for lazing away hours and even days.

Such is the space’s lack of concern for cares or commitments outside its core mandate: relaxation and rejuvenation. The sun-drenched primary bath, meanwhile, is a highlight all its own, finished in shining stone surfaces and featuring dual vanities and a gigantic rainhead shower more accustomed to a spa—only, one whose sounds of the sea is not manufactured and ocean view is not a figment of the mind but just beyond a large picture window.

No matter how captured one is by the home’s interior spaces, its outdoor courtyards call, whether it’s the primary suite or wood-deck counterpart below. The latter is in many ways the beating heart of this waterside idyll and an artery to both the happenings of the house and the solitude of the shore.

With plenty of space to entertain company, the lower deck is the place to gather amid a gracious view, all while floating in an out of large glass passageways that open the home’s indoor public areas. Sun on the deck, soak in the sunken jacuzzi tub, or step down onto the sand for a morning surf or an evening stroll—every moment here is sublime.

Explore Story
Table of Contents A Two-Story Craftsman at 601 El MedioExpansive Corner LotThe Interior Amplifies the ExteriorA Long Alfresco…
0
0
0
Explore Story 9
The architectural masterpiece at 2822 Colt Road in Rancho Palos Verdes stretches far beyond the modern aesthetic. State-of-the-art, the almost conceptual structures, elements, and water features of this compound demonstrate a functionality that is both forward-thinking and deliberate.
0
0
0

Explore Story
Susan and Alli are a mother/daughter dynamo when it comes to real estate in the South Bay. With strong local roots, a vested interest in the community, and a flair for staging their listings with elegance, Susan and Alli have personalities that shine individually, but complement each other perfectly.
0
0
0
Explore Story
Written by Jenn Thornton Envisioning a quiet, more connected life in the country, Steve and Brooke Giannetti created…
0
0
0