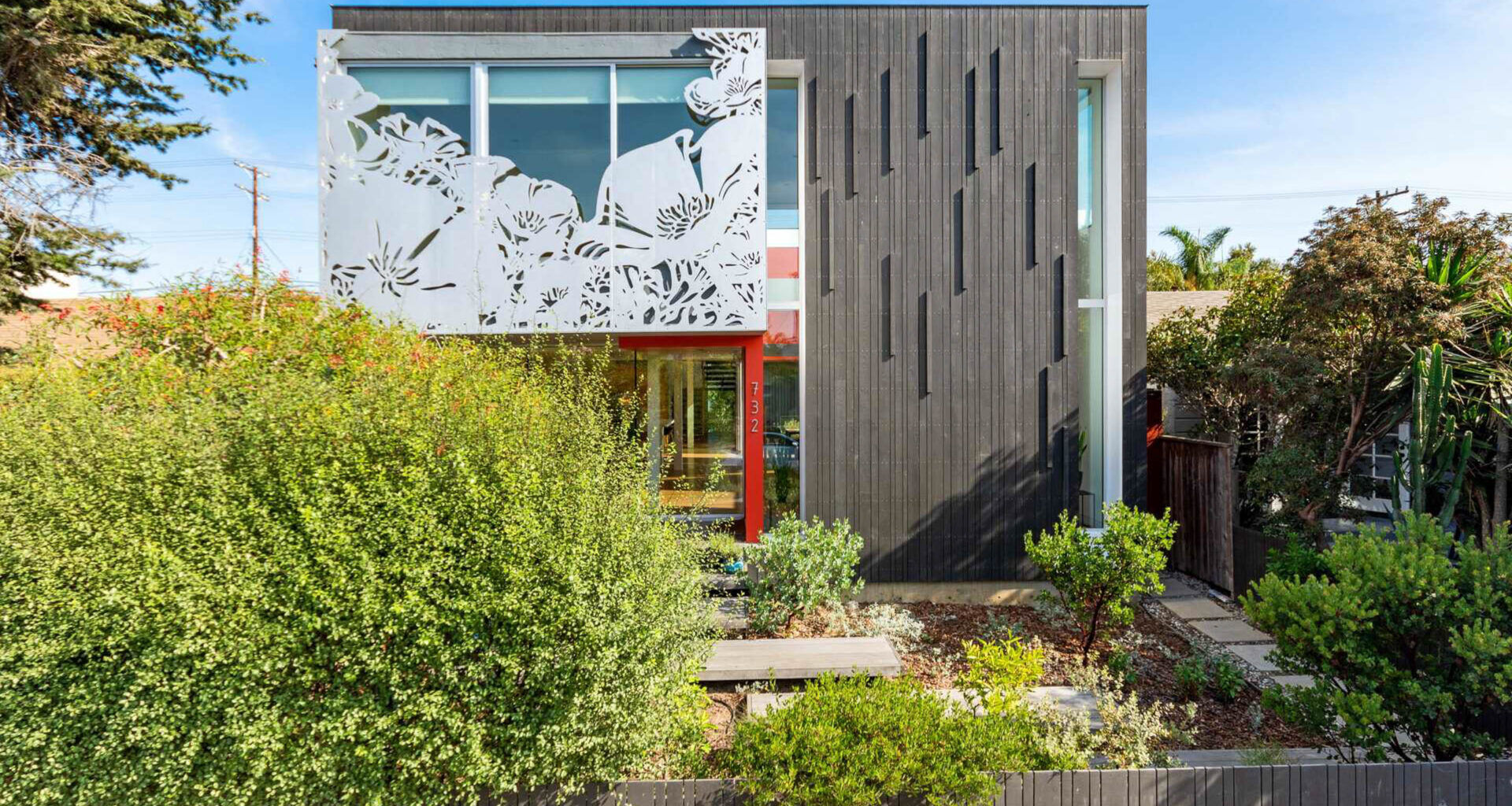 The Epitome Of Venice Beach Living

ell-known in Venice circles as “The California Poppy House” due to the exterior’s eye-catching silhouette of the state flower etched into a second-floor aluminum screen and bright-red accents on the bottom level, this timeless yet modern gem at 732 Brooks Ave.
Total
1
Shares
1
0
0

Well-known in Venice circles as “The California Poppy House” due to the exterior’s eye-catching silhouette of the state flower etched into a second-floor aluminum screen and bright-red accents on the bottom level, this timeless yet modern gem at 732 Brooks Ave. was designed and built by the architect-homeowner couple of Jin Ah Park and Jonathan Ward in 2011 using expertise culled from a bevy of international projects.

Now, after serving as the star of several art and house design tours (as well as a great place to raise a family and enjoy the Venice lifestyle), this one-of-a-kind home in an already design-progressive community is available to rent.

What to expect of this highly recognizable abode with solar panels on the roof to achieve net-zero energy usage? More than 3,000 square feet of flowing and light-filled living space replete with a balance of open yet private areas, an array of meticulous details and seamless indoor-outdoor environs.

To this end is a main level highlighted by a breathtaking living room with a soaring ceiling, skylights, and floor-to-ceiling glass doors and windows that open to a courtyard (highlighted by a poppy-colored wall) and a garden bearing exotic fruit trees, along with an upstairs master retreat graced with poppy-patterned swaths of light via the outside silhouette.

Adding to this home’s exceptional allure is the easy access not only to the beach, but also to the popular shops, restaurants and galleries lining Abbot Kinney Boulevard. “Being seven blocks from the beach and four blocks from Abbot Kinney (named one of the hippest streets in America) provides very attractive advantages,” says Alexandria Brunkhorst, who is co-listing the home with Lindsay Guttman, both of The Agency. “The weather here also tends to be cooler and cleaner than the rest of L.A., which is a big advantage in the summer months.”

Photographs: Courtesy Of The Agency

Lindsay Guttman
and Alexandria Brunkhorst
of  The Agency