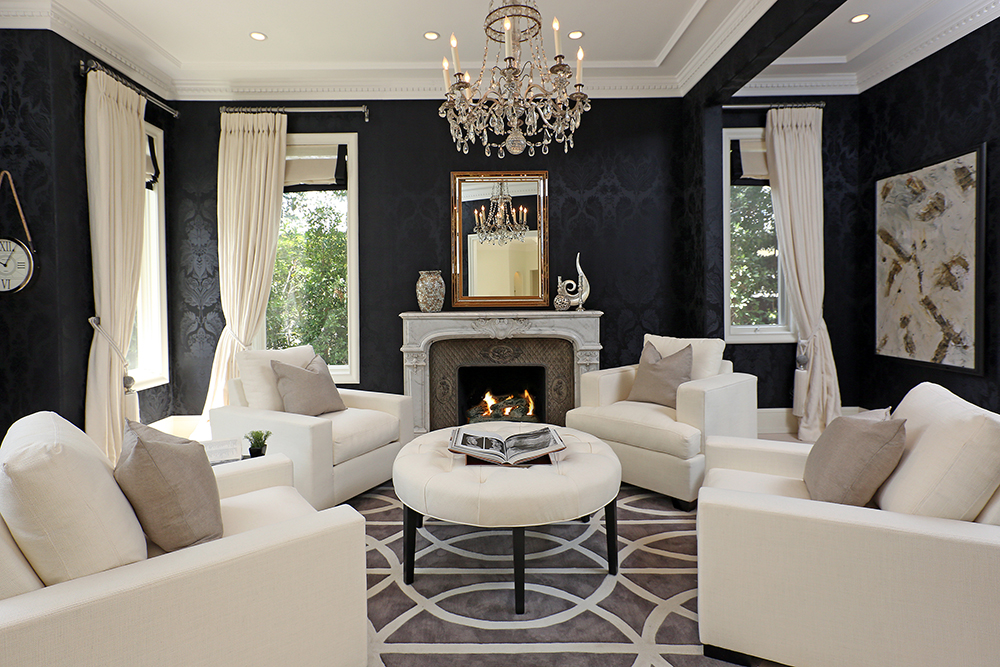 The Most Expensive Home in the U.S. at $250 Million

Most Expensive Home in the U.S. Lists for $250 Million

This extravagant mega-masterpiece built by high-end developer Bruce Makowsky definitely stands up to its billing as the “Eighth Wonder of the World,” complete with amenities and bespoke items culled from around the globe. Found at 924 Bel Air Road—in the ultra-exclusive enclave of Bel-Air—the spec home also is setting a record as the country’s most expensive home ever listed for sale…and it’s easy to see why.

Also offered is a sprawling auto gallery sporting cars valued at more than $30 million; seven full-time staff members; more than 100 curated art installations; an outdoor hydraulic popup theater; two fully-stocked champagne/wine cellars; a wall boasting a massive assortment of candy; one of the most advanced home-tech systems in the country; an 85-foot glass tile infinity swimming pool; and 270-degree mountain, ocean and skyline views. “This home was curated for the ultimate billionaire who wants the best of everything that exists in life,” says Bruce Makowsky.

“Until now, the ultra-luxury market was void of homes that even came close to matching the level of mega-yachts and private jets that billionaires spend millions of dollars on every year. There are hundreds of new billionaires created each year and they are increasingly setting their sights on this coveted enclave of California for everything the state has to offer.”

The home is represented by Branden Williams & Rayni Williams of Williams & Williams Estates, and Ben Bacal of Rodeo Realty.

A Touch of Romance

A stunning Mediterranean Revival-style estate owned by late film and TV director Arthur Hiller has been listed for $12.45 million. “Rarely does a compound with such a rich Hollywood history come on the market,” says Juliette Hohnen, who is co-listing the property with Annie Stewart, both of Douglas Elliman. “The home was built by its owner, who directed Love Story and lived there with his wife for more than 40 years. The house was a happy home and the couple died within weeks of each other, a true love story indeed.”

Situated in a private locale at 1218 Benedict Canyon Drive in Beverly Hills, the home offers more than 7,000 square feet of living space featuring six bedrooms (including a spacious master with an office and dual baths and closets); an impressive wood-paneled entryway that leads from the double front doors into a sunken formal living room that opens to the pool area; den with a bar and sunroom; professional chef’s kitchen with a butler’s prep area and walk-in pantry; and formal dining room.

“Adding to the Hollywood history, the house was designed by a production designer who worked with Arthur Hiller on some of his films,” says Stewart. “You won’t find many houses with as much love and character as this one. It truly is a special property, unlike any on the market now.”

An awe-inspiring architectural estate designed by visionary architects Hagy Belzberg and George Wittman has hit the market on Yellow Hill Road in Malibu for $12.5 million, extolling a breathtaking ocean and mountain panorama among its hallmark virtues. “The Yellow Hill retreat stands on the hills overlooking Malibu, with mesmerizing whitewater views of Leo Carillo State Beach and the never-ending vistas of the Malibu coastal headlands and Santa Monica Mountain’s most prominent peaks,” says Mimi McCormick, who is co-listing the property with Katie Bentzen and Sarah Kosasky, all of Partners Trust.

Found on a 32-acre site, the secluded 7,500-square-foot retreat features a main residence and guesthouse, both of which include cantilevered living spaces, walls of windows and sight lines engineered to capture the magnificent scenery. Among the highlights: a gorgeous saltwater pool and spa; generous indoor/outdoor entertainment areas; a large-scale kitchen and dining room; private office loft; 20-car motor court and double-gated driveway.

British singer/songwriter Robbie Williams and his wife, Adya Field, have let go of their modern traditional, multilevel mansion in Beverly Hills for $9.9 million. Originally listed for $11 million, the home is situated at 3312 Clerendon Road (between Beverly Glen and Benedict Canyon, in the affluent guard-gated community of Mulholland Estates).

Coming in at 10,000-plus square feet, the newly remodeled abode features seven bedrooms—including an “off-the-charts amazing master suite” with a large sitting area, custom closet, Zen-like bath, and terrace offering giant views of the San Fernando Valley and mountains beyond, according to Jeff Kohl, who co-listed the property with Mauricio Umansky, both of The Agency. Other highlights include a dining room with a mirrored wall; gym; recording studio; and 33,549-square-foot lot featuring a lush backyard complete with a kitchen, living room, dining area, and pool with waterfall and spa.

Explore Story
If you haven’t figured it out already, L.A.’s super-high-end residential market is absolutely booming. Price records continue to be shattered at every turn, with the recent sale of a landmark Beverly Hills estate owned by media mogul David Geffen to Amazon Chief Executive Jeff Bezos for $165 million turning out to be just the icing on the cake.
0
0
0
Explore Story
$1Billion Redevelopment of Westfield Century City is an Open-Air Southern California Escape  Written by Alisha Henson | Photography…
0
0
0
Explore Story
Table of Contents 3605 Oak Avenue | Manhattan Beach2612 Pine Avenue | Manhattan Beach465 36th Place | Manhattan…
0
0
0
Explore Story
Working together as a trio adds up to a sum greater than its parts. Each Altamura brings strengths that benefit the running of the Altamura Real Estate Group, which offers everything from traditional real estate duties to property development.
0
0
0