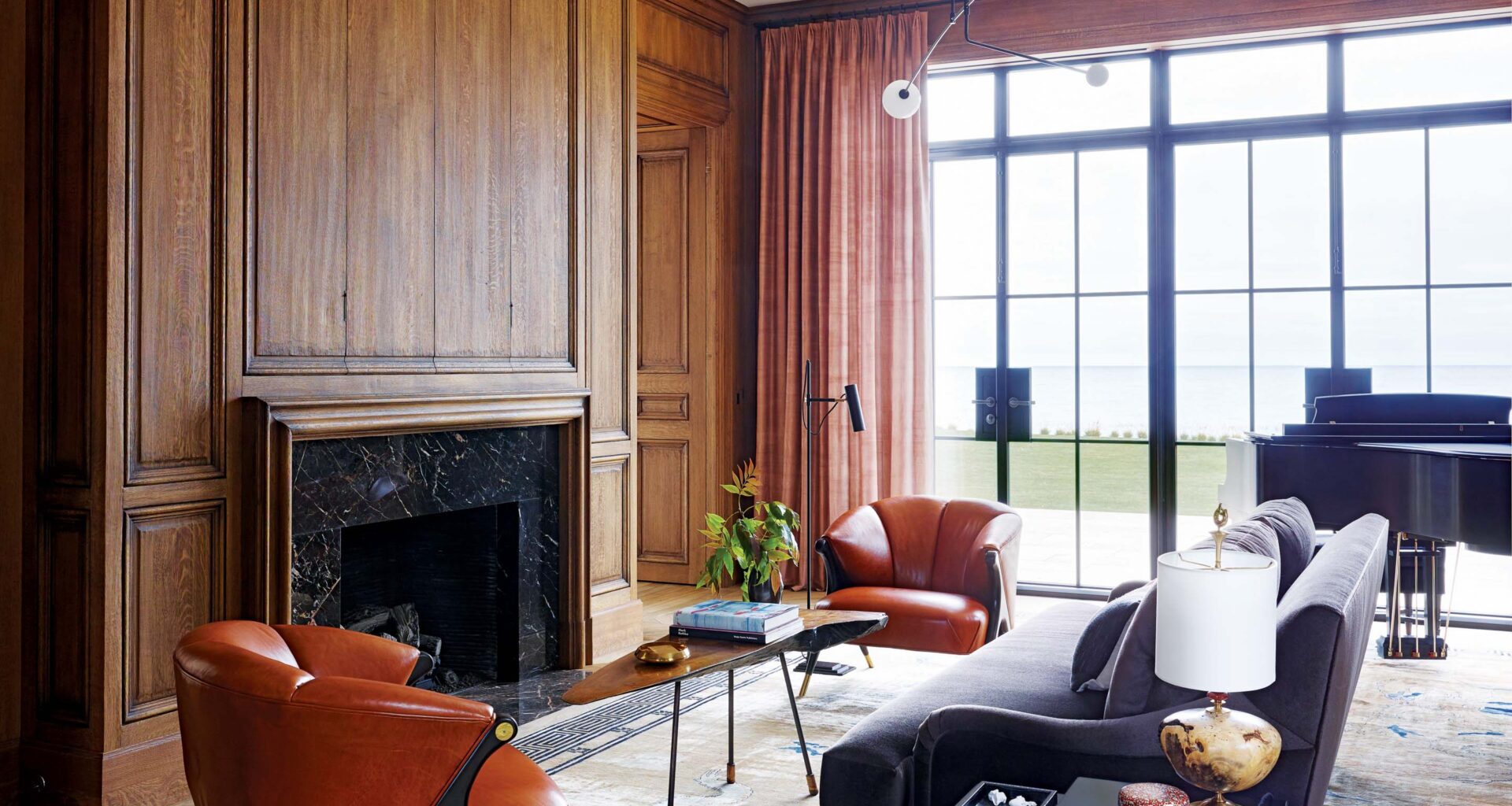 Kara Mann: Lady of the Lakehouse

Kara Mann’s flair for materiality and architecture, and more importantly her feel for these things, are all present in what is effectively a lakehouse set on the Northshore of Lake Michigan.
Total
0
Shares
0
0
0

“My ethos as a designer is to always be authentic to yourself and to your clients,” says interior designer Kara Mann, who knows no other way, frankly, designing the interiors of a private estate in Winnetka precisely in this spirit.

The founder and creative director of her eponymous practice KARA MANN, with offices in Chicago, New York, and Los Angeles, Kara Mann is one of the most gifted designers of her generation whose refined, slightly maverick eye has led to an array of collaborations across the commercial and residential sectors, including a Chicago project with Gwyneth Paltrow‘s goop, in addition to her collections for Baker Furniture and CB2, and her own line of utilitarian housekeeping essentials, KEPT.

This particular residential project is another collaboration for Kara Mann, with the local Chicago firm Northworks Architecture. New construction completed for a family of four with a love of travel, the house is straight from the Mann mold—fresh, unpredictable, and almost perfectly restrained.

It is, like her other work—which one finds splashed across the pages of The New York Times, Elle Décor, Architectural Digest, and Vogue on a fairly consistent basis, as well as in a number of design books—a manifestation of her innate understanding of how to juxtapose design elements in unconventional ways.

“But in keeping with her penchant for the unexpected, I wanted to stay true to this without being obviously thematic,” Kara Mann says.

“Each space within this house takes on a coastal tone. You can’t ignore the lake and its presence is in every room.”

You just won’t find it overt nautical tropes, like ropey wall hangings and light fixtures shaped like portholes.

At 16,000 square feet, the five-bedroom home showcases an unapologetic allegiance to rooms that serve a traditional purpose and, refreshingly (even rarely) for new construction, marks a departure from open-plan living.

Still, the house breathes, it flows. That it does so as easily and liberally as the lake’s waters are a credit to Kara Mann’s handling of the interiors, which are almost unfairly well-calibrated. Spacious, light-filled, and judiciously appointed with art and furnishings, the design is beautifully and reliably edited.

“It’s a special house with a really unique feel that’s not at all trendy or of the moment,” says Kara Mann of the space that is decidedly of this period but has a sense of others.

“As my clients had slightly differing aesthetics from one another, my goal was to seamlessly incorporate traditional designs with contemporary pieces that spoke to their tastes.”

Not an easy task; but Kara Mann’s elegant balancing act reads as effortless. The client, she notes, brought “impeccable taste” to the table, helping set the tone for the style of the house she calls a contemporary take on a European countryside estate. A home at home in two contexts.

“I drew much of my inspiration from French and Belgian interiors where spaces are constantly being reinvented for modern life,” says Kara Mann of the aesthetic.

Throughout is the designer’s keen sense of discrimination. “I am always intentional about contrast—in this case, the architecture was quite classic but serene, so the furniture and décor had to offset that,” she says.

The result is an interior that offers a sophisticated, artful, and modern posture with a classically French feel. There is a formality to the interiors, too; rooms are orderly and many, from the high-functioning kitchen with marble countertops, custom cabinetry, and smart storage, to the handsome oak-paneled music room with mid-century chairs and an art deco rug.

Kara Mann flexes a thoughtful muscle for complementary aesthetics throughout the home. In the dining room, for example, a glass and steel buffet echoes the detail of a pair of pendant lamps by Rose Uniacke. On the wall in the same space, a painting in tones evoking a darkening storm adds ambiance and a sense of place.

An 18th-century mantel in the crisp-white living room, meanwhile, bridges old and new, with the vintage cocktail table and white linen sofas adding texture. Softly tinted plaster walls and Belgian oak flooring are highlights of the material palette and abundant glass panels with striking black frames offer the new construction an industrial and architectural edge. Everywhere the residence is something of a surprise. This is, of course, characteristic Kara Mann.

“Inspiration is everywhere,” says the designer whose interior treatment of this space is a rather grand case in point.

“It’s important to keep an open mind and allow inspiration to flourish from expected and unexpected places.”

Explore Story
It was the mid-1980s when Ed Kaminsky, a transplant from Ohio who was working in the jewelry business, decided to try his hand in real estate. Dominating luxury real estate in the South Bay, selling over 100 properties a year, Ed Kaminsky is engaged in businesses beyond selling properties.
0
0
0
Explore Story
The Tulum Collection, A Line Of Encaustic Tiles By Studio Anansi, Make For Chic Motifs And Work In A Number Of Configurations For A Sharp Look.
0
0
0
Explore Story
On Melrose Avenue, the New Fettle-designed Olivetta Restaurant Mixes Mediterranean Elegance With the Playfulness of West Hollywood Located…
0
0
0
Explore Story
Bryn Stroyke & Robb Stroyke are embracing the shifting waves of real estate for over 35 years. Adaptation, after all is the key to survival. In the real estate world, the question is how to ride out a changing landscape while tending to the core of one’s business.
0
0
0