John Wardle Architects: On The Shores Of History

With sensitivity to time and tradition, John Wardle Architects forsakes spectacle to restore a clapboard cottage in questionable condition to a sentinel on the shores of history.
Total
0
Shares
0
0
0

On a windswept cliff-edge of Tasmania’s Bruny Island, an architectural remnant of an earlier age asserts itself utterly without ceremony, but rather as a thoughtful provocation of the past for present times. In choosing to restore this historic but deteriorating structure with consideration for its place in local culture, Melbourne-based John Wardle Architects also restored the legacy of its namesake, Captain John Kelly.

Phase three of a project that also included resuscitating the landscape with the plantings of hundreds of trees and a new Shearers’ Quarters building, Captain Kelly’s Cottage was first built at the mariner’s bidding (likely by ship hands) for his daughter Mary in the 1840s. Originally two structures for bedrooms and a kitchen hemmed in by a vast veranda, it was a mostly humble affair. But with an assist from the historic standing of Kelly, widely acclaimed for his seagoing exploits, its significance is far less modest.

What the team from John Wardle Architects and an architectural historian did not learn about the cottage from searching diaries, libraries and logbooks, they saw quite clearly for themselves: namely, a victim of many ill-considered alterations.

“The verandah was partly built-in, its structure replaced by steel posts and additions had occurred in an ad-hoc manner,” notes the firm, somewhat diplomatically (the interior of the cottage is thought to have sunk). And so their work mandated efforts to return the structure to its more respectful original form, including ridding it of all non-originals and a scrupulous paint removal process to unearth the cottage’s initial palette.

To achieve fluency between old and new, the firm placed a new living area between the two existing structures. They also made a striking focal point of the original veranda, continuing the exposed ceiling rafters of its eaves in the new entry and living spaces. The kitchen, which was returned to its 1960 profile—weatherboards were extracted and original profiled boards fabricated and installed externally—is another conduit of time periods. The space also was stripped of stratums of paint and a gabled ceiling installed to add volume. Evidence of an old bread oven led to the creation of a new brick oven integrated into the masonry wall.

Cushioned into the leeward side of the cottage, the north-facing courtyard draws warmth from a new external “ghost” white-brick chimney set in the location of the structure’s original and previously removed counterpart. The courtyard is sited around a pair of striking custodians: existing walnut and mulberry trees more than a century old. “These two trees are as powerfully present as this historic cottage that has been a sentinel on the edge of a cliff for over 175 years,” notes the firm. A wall of dry stone blurs the boundaries of cottage’s dual histories while providing a boundary for the otherwise open coastal-edge location.

The cottage strikes a human-centered tone throughout. Physical interventions, while nakedly and rigorously useful, are at the same time aesthetically pure. Surface treatments, such as timber lath left exposed to echo traditional techniques, emphasize authenticity while windows function as apertures, capturing soft light that contrasts majestically with darker corners and illuminates treatments, material and a rich patina. Together this composition of continuity, craft and new construction plays up age in a modest, graceful manner.

John Wardle Architects’ restoration of Captain Kelly’s Cottage has garnered many honors, not least the 2018 RIBA Award for International Excellence. But for Bruny Island, beloved of the small, significant Georgian at its heart, the cottage continues to be a lookout on the coastline at the entrance of Derwent, where its former harbormaster is, with the advent of this extraordinary architectural rethink, still very much on watch.

Explore Story
An ideal location, a large amount of flat land and mammoth interiors are just some of the many alluring attributes associated with this grand and timeless estate.
0
0
0 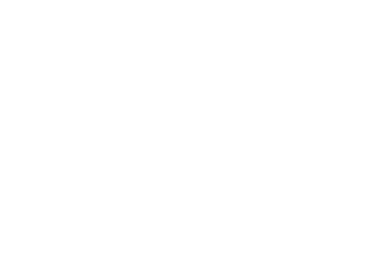 Explore Story
If not hyperaware of the elephant in the room—Frank Lloyd Wright and his architectural opus Fallingwater—the design team at internationally recognized architecture firm Bohlin Cywinski Jackson was aware nonetheless.
0
0
0 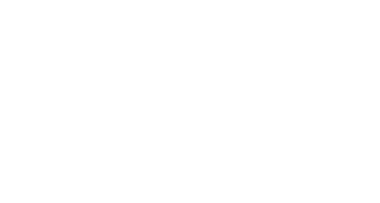 Explore Story
In Spanish there is a saying, cosas cambios, which means, things change. In few places is this more evident than in the South Bay, where the real estate map is perpetually shifting—quickly, in some cases dramatically, and block by block.
0
0
0