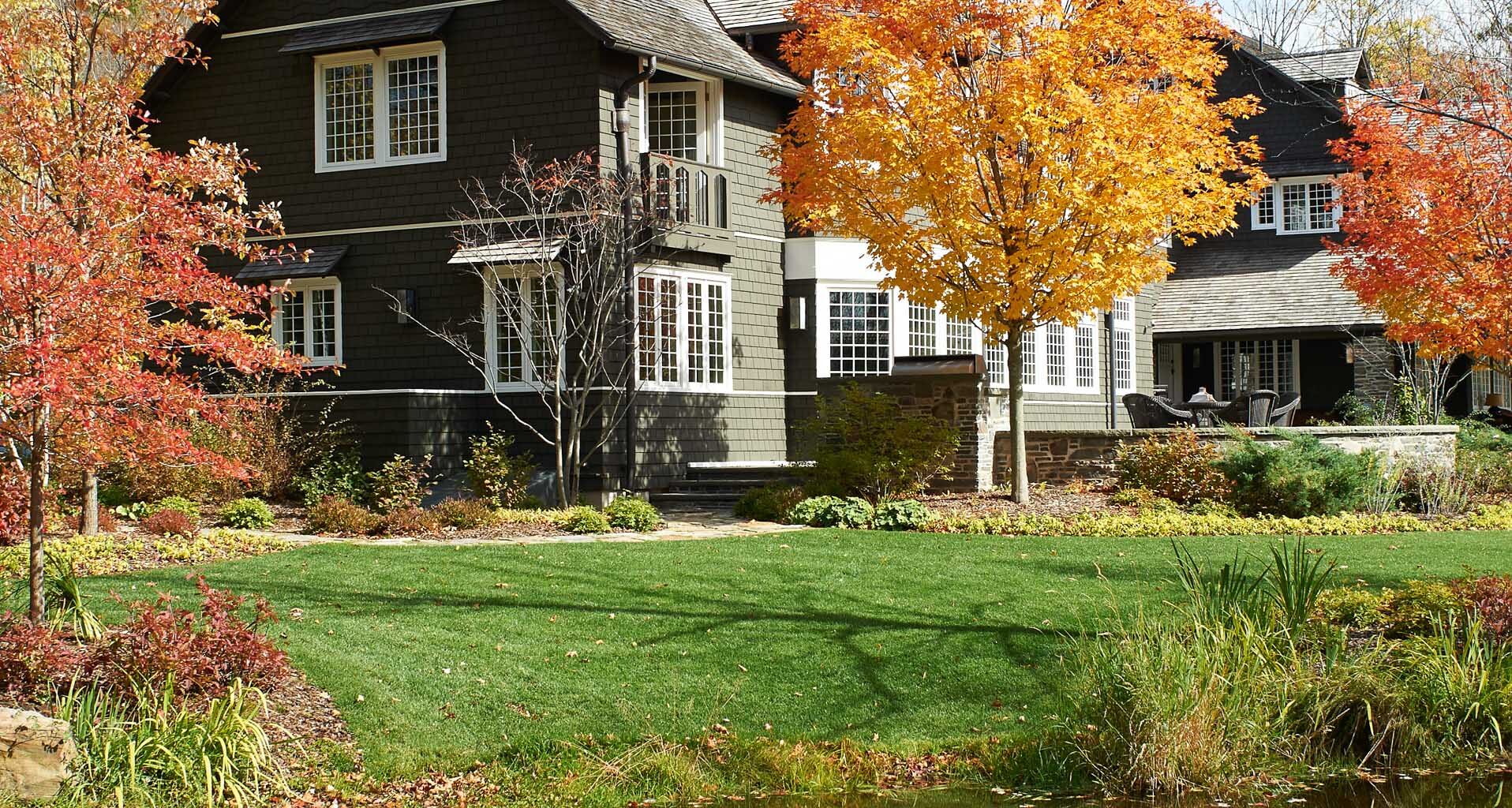 Flashy isn’t the word, and mundane, too exactly that. So flexible, while neither flashy or mundane, is a fitting description of the wooden shingle, an everyday building material both markedly capable and, in the right hands, like that of Ike Kligerman Barkley, key to an astounding array of architectural possibilities.
Total
0
Shares
0
0
0

Flashy isn’t the word, and mundane, too exactly that. So flexible, while neither flashy or mundane, is a fitting description of the wooden shingle, an everyday building material both markedly capable and, in the right hands, like that of Ike Kligerman Barkley, key to an astounding array of architectural possibilities. Many of these are made a striking example of in the firm’s survey, The New Shingled House: Ike Kligerman Barkley.

Another word for shingle style: fortitude. This distinctive form of domestic architecture dates to the Arts and Crafts movement of 19th-century England that fanned out across Europe and America and is best understood as a reaction to industrialization and the “perceived lost of craft in objects due to mass production,” explains John Ike, a partner in charge of Architecture and Interiors for Ike Kligerman Barkley. The New York- and San Francisco-based firm brought the nuances of the period to bear in its brilliant restoration of an Arts and Crafts retreat in upstate New York, which is something of a lodestar for the “Adirondack lodge” typology, which is defined by broad overhanging roofs and wrap-around porches.

Commissioned by actress Maude Adams in 1908, the original structure was built adjacent to the Onteora Club, a place of congregation for the day’s prominent minds, and permeated with Arts and Crafts ideals. “As with William Morris, the architecture looked to medieval and gothic sources when guilds of craftsmen dominated the building arts,” Ike offers. “Hence the inclusion of half-timbering and textured plaster, as well as small-paned windows and the combination of wood and metal elements in the stair balusters, hand-hewn finishes and patinated finishes, add the feeling of handmade, which is at the core of the Arts and Crafts aesthetic.”

Core to Ike Kligerman Barkley’s restoration, which includes a new expansion with space for a kitchen, guest quarters, and more, is applying past work to this project. “We’ve practiced our own variant of shingle style since our formation as a firm in the 1980s, and synthesized it with other elements so that it was one of several types of house that we design to this day,” notes Ike.

“We took our cues from the existing house and its use of hand-hewn beams and scraped floor finishes. The inclusion of chestnut and oak as well as leaded glass, leather, plaster, and stone all combine to form the palette for the interiors of the house.”

The mood is one of intoxicating richness and depth, aided by magnificent details, like employing branches with bark intact to form railings and stair balusters, roof brackets, and furnishings. Throughout the interiors is a beautiful blend of appointments, including custom work and finishes, along with high-toned modern complements, such as a lustrous Le Corneau stove and lighting from Charles Edwards of London. These coalesce with vintage Persian rugs and other antiques. The house’s façade follows suit, with dark-stained cedar shingles offering a striking contrast with woodwork painted white and windows that create a graphic composition.

If these walls could talk, they are likely to echo Ike’s conclusions: “Period homes provide a sense of familiarity and security in modern times. While few of us had parents or grandparents who lived in such homes, it is a romanticized view. Their harmony with the landscape engenders a sense of peace and serenity.” The view is pretty fantastic too.

Explore Story
You long for a private, sprawling, beautifully-designed property with resort-style recreational amenities. You envision it perched on a high promontory that offers ocean-drenched views that follow you from day to night. And it’s setting!
0
0
0
Explore Story
Think a timeless 1920’s Mediterranean mansion with a charming bungalow guesthouse, sculpture and painting studios, caretaker’s cottage, glass greenhouse and even a stone amphitheater, completely surrounded by specimen trees, walking paths, waterfalls and fountains. “It’s magical!” he adds.
0
0
0
Explore Story
$1,9666,550,269 Worth of Closed Sales Year-to-Date in the South Bay As of August 21, 2018, a total of…
0
0
0

Explore Story
Michael Chen executive director of the Asia-Pacific Division of Aaron Kirman Group at Compass discusses 1108 Wallace Ridge, Beverly Hills, an 18,000-square-foot estate in Trousdale Estates which is where California modernism and contemporary ultra-luxe meet and a true gem.
0
0
0