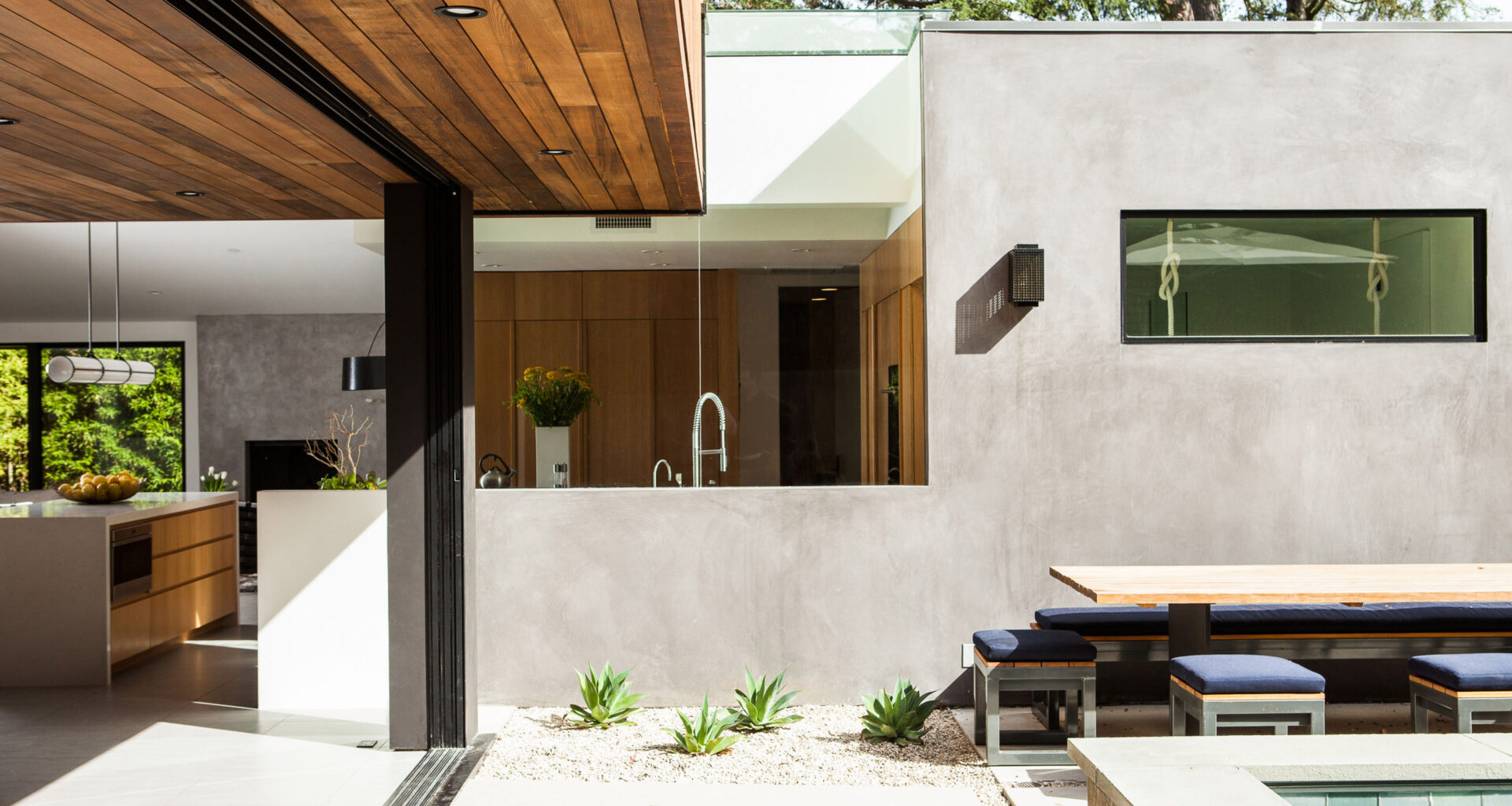 Harmony With Nature By Assembledge +

On Wonderland Park Avenue in Los Angeles, competition is fierce when it comes to stunning architecture. The neighborhood comprises midcentury properties including the famous Case Study House No. 21 by American architect Pierre Koenig (1925-2004), which dates back to 1959.

Here, a couple with three children found their home: a ranch built in 1956, initially spread over square footage without charm or historic pedigree. The views of Laurel Canyon, however, were a showstopper and convinced the family to make the 12,221-square-foot lot into their home.

“We approach each project as a blank slate,” the duo says. “As our name suggests, we constantly strive to assemble all the project components into a holistic direction that ultimately creates architecture that exemplifies harmony between nature and the built environment.”

As this home does. One of the main requests from the owners was to connect the interior and exterior, creating the feel of living in a treehouse.

The Assembledge+ team made several structural changes to meet this objective: some walls were removed to open up the floor plan, bringing more natural light into the spaces through large windows for a better sense of flow. “Operable walls of glass allow the entire first floor of the residence to extend the living space from the front yard all the way through the house to the pool,” says the Assembledge+ team.

The ground floor hosts the kitchen, dining room, family room, media room, and a children’s wing. The makeover also included the addition of a second story, clad in cedar. This level is home to the new master bedroom, which offers peaceful views of the surrounding vegetation.

“The formal response of the roof form is as if the structure is growing out of the landscaping sitting atop of the glass structure below,” explains the team. A glass skylight acts as both a link and a separation between the original structure and the new addition. Photovoltaic panels, LEDs and an electric charging station were installed, emphasizing the importance of sustainable design and living.

In total, the size of the four-bedroom, three-bathroom house is now 3,700 square feet. In addition to the intervention by Assembledge+, interior designer Vanessa Alexander, founder of Alexander Design, and landscape designer Mike Fiore worked on this project in the same spirit, highlighting the beauty of the surrounding landscape and providing the experience of living in nature. assembledge.com

Explore Story
The uppermost floor of the brand new 616 12th Street in Manhattan Beach, a 5-bedroom and 4.5-bathroom residence completed in 2022 offers a view of endless blue ocean and cloud-free skies that never gets old.
0
0
0
Explore Story
Located about 10 minutes south of Hermosa Pier on foot, the atmosphere here is easygoing and mellow. The sandy beachfront is extra wide and flat—making it more inviting than usual, and easy to navigate.
0
0
0