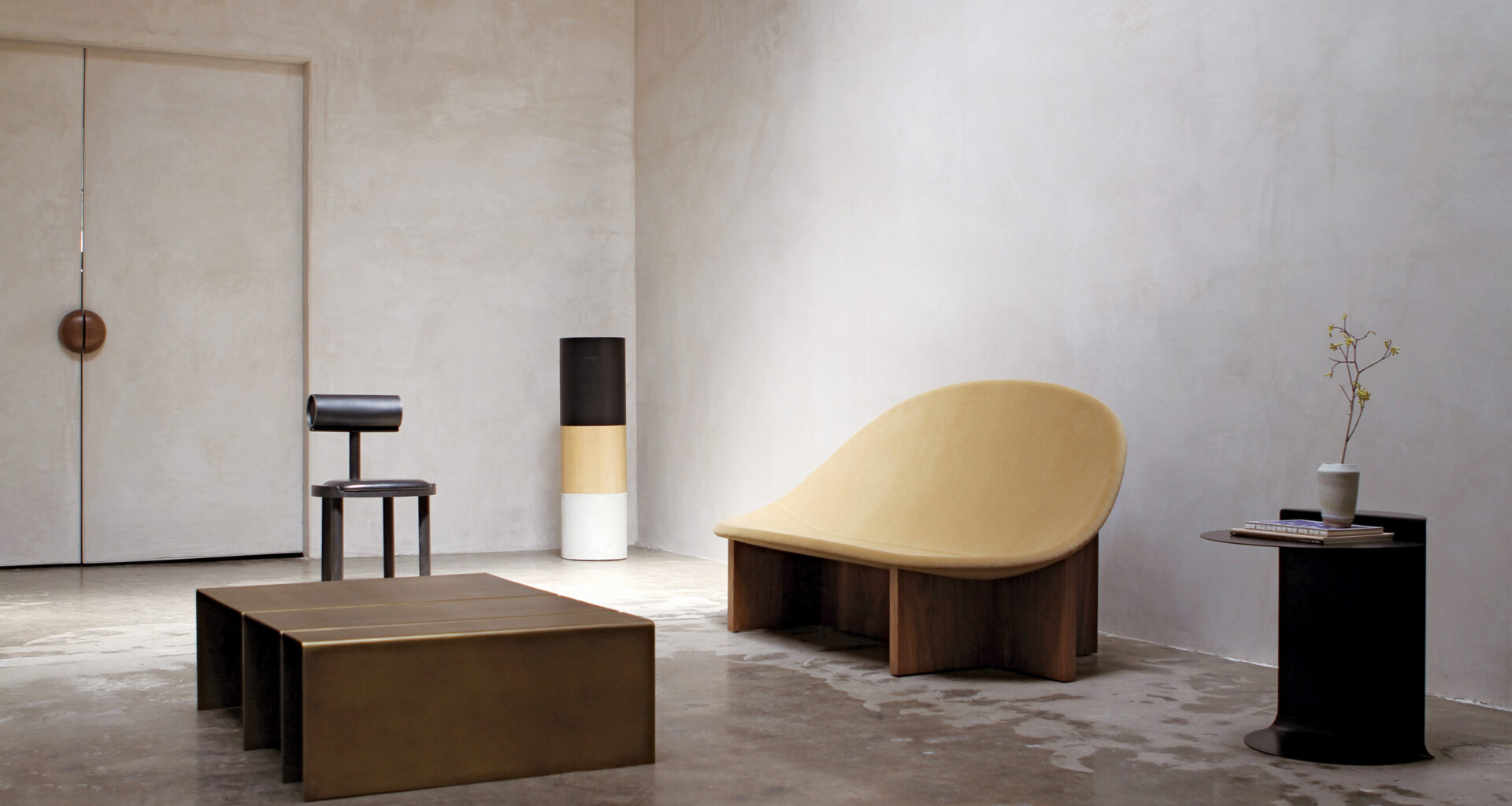 Estudio Persona’s deeply collaborative process allows them to create unconventional design pieces with sculptural lines inspired by natural forms that they describe as “a distinctly neutral and minimal take on the monochromatic melancholy of their native Uruguay.”
Total
1
Shares
1
0
0

Serendipity led Emiliana Gonzalez and Jessie Young to become both friends and business partners. Originally from Montevideo, Uruguay, where they were acquaintances, the two young women only got to know each other once they moved to Los Angeles independently. Being far from their native country and having to start from scratch in such a big city naturally brought them closer together and eventually resulted in the cofounding of a design studio.

Launched in 2014, Estudio Persona—which, in Spanish, means the “study of a person,” as a nod to Emiliana Gonzalez and Jessie Young’s favorite Ingmar Bergman film—reflects the cultural heritage of the duo who have found their way on the West Coast, now working with interior designers and brands all over the world.

Particularly influenced by the classic cinema and architecture from the 20th century, Emiliana Gonzalez and Jessie Young nurture their work through their analysis and interpretation of the Art Deco movement—which they particularly like for its geometry and sensuality—and the Brutalism in Uruguay—which was characterized by its modernity, rationality, angles, and rawness. The work of Japanese architect Tadao Ando and American artist Carl Andre was also the starting point for two of their collections, Vol. 1 and Connection, respectively.

“We both came from different professional backgrounds that complement each other,” the women say. Emiliana Gonzalez is an industrial designer while Jessie Young is a visual artist. “These backgrounds are what define our inspiration.”

The duo seeks to showcase their feminine perspective through the pieces they create, using a muted color palette and materials that are chosen to last, with the objective of reducing the impact of these creations on the environment.

They work with Californian craftsmen, considering it their social responsibility to preserve their savoir-faire. Emiliana Gonzalez and Jessie Young’s sustainable commitment is also reflected through their fabrication process, which is at small scale and based upon request, to avoid any waste.

For their series Segment, the designers wanted “to break down a homogenous piece and bare the question of how to produce several products composed of segments that have a similar understanding between each other.”

With the Flow collection and, in particular, the O stool, the intention was to take “the circular shape to its limits, unfolding and folding again to create a fluid softness in steel,” Emiliana Gonzalez and Jessie Young describe.

“The form captures the steady movement of light and shadows pooling and curving outward as they continuously ebb and flow.”

Every new seating piece, table, light, and object designed by Estudio Persona has to be functional and immersive for the user. Following a minimalist approach based on the idea of making something complex look simple, Emiliana Gonzalez and Jessie Young honor their love for discretion and subtlety in design—far from flash or ostentatiousness. They are currently working on their new collection and on a couple of collaborations that will be revealed soon.

Explore Story
For lifestyle designer and founder of the casually luxe, Los Angeles-born lifestyle brand Jenni Kayne, the natural world is a touchstone.
0
0
0
Explore Story
At the forefront of this movement, Egg Collective and O&G Studio are innovating all categories, honestly and sustainably, with a reverence for art and nature.
0
0
0
Explore Story
Always striving to create spaces with soul that feel collected over time, Jay Jeffers and his team worked hard to help the owners of this Portola Valley, California, dwelling to make their dream home.
0
0
0
Explore Story
Whether home or hotel, colors, materials and motifs inject personality into any space, defining and giving it soul. From Denver to New York to Los Angeles, three audacious examples push the limits of design to exceptional results.
0
0
0