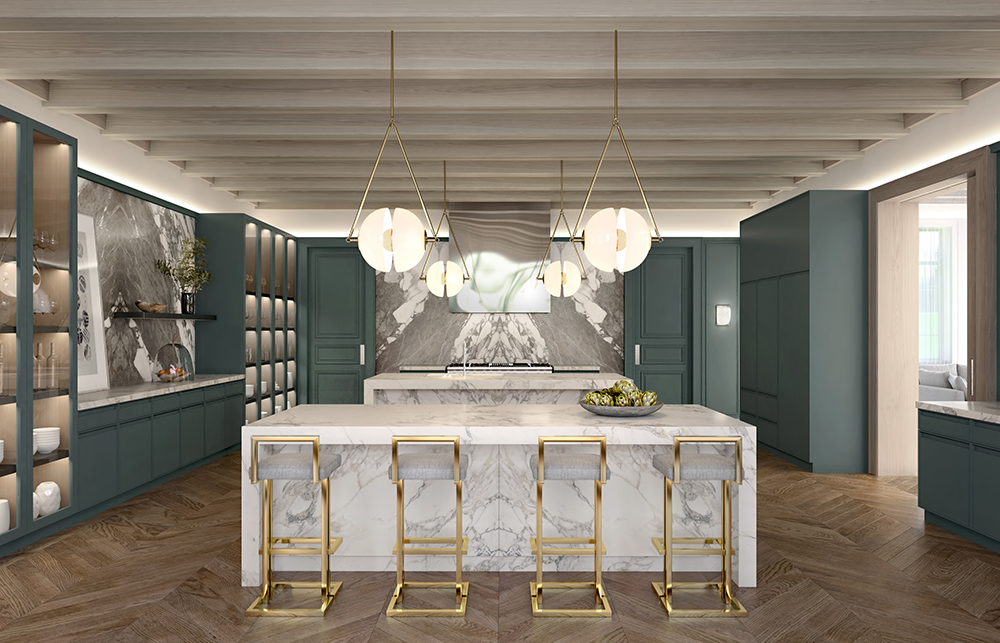 Sold Last Year for a Whopping $90 Million, the Historic Owlwood Estate Relists at Twice the Price

Just 10 months after gaining notoriety as one of the most expensive homes sold in L.A. in 2016—at a hefty value of $90 million—the legendary Owlwood Estate now has been listed as a redevelopment opportunity. Once home to the likes of Sonny and Cher as well as Tony Curtis, the Holmby Hills residence’s new $180 million price tag comes with plans promising to convert the property into one of the world’s most illustrious residential properties.

“The sheer magnitude and beauty of the Owlwood Estate is what makes this property so special,” says listing agent and Mercer Vine Co-Founder Adam Rosenfeld, who represented Sturmer Pippen Investments in the home’s purchase.

“When we bought the property last year, we felt it was undervalued. It made a lot of sense as an investment, in terms of both future potential development possibilities and from a ‘buy-and-hold’ perspective. We knew where the high-end luxury market was headed, specifically in Holmby Hills, Beverly Hills and Bel-Air, and now those market predictions are coming true.”

In the past year, two significant $100 million transactions have occurred in Holmby Hills near Owlwood Estate: the 22,000-square-foot Playboy Mansion that sold to Daren Metropoulos, a principal at the private-equity firm Metropoulos & Co.; and a 38,000-square-foot spec mansion on the grounds of Barbra Streisand’s former Mon Rêve Estate at 301 N. Carolwood that was purchased by Detroit Pistons owner, Tom Gores.

“By doing the math and assessing the purchase price versus what the market is telling us, it became apparent that the Owlwood Estate property was much more valuable,” says Rosenfeld. “In addition, there have been a significant number of people inquiring about the property. We decided to test the market to determine the property’s true value before entering the redevelopment phase.”

The gated property also offers two guesthouses, a 70-foot pool, pair of gatehouses and a sunken tennis court. For an additional cost, the new owner will have the option to execute an extensive redevelopment plan created by Woodbridge Luxury Homes and a team of top architects including Meyer Davis Studio and KAA Design Group.

The Plus Development Group has been slated to oversee the redevelopment, which includes tripling the size of the main house while maintaining the property’s architectural and historical integrity. There’s also an option to subdivide a portion of the 10 acres into buildable parcels or additional homes as part of a gated compound boasting a private street.

“This redevelopment will be a complete overhaul,” says Rosenfeld. “The property will get a facelift and expand, but many of the original elements will stay intact; we’re just bringing the estate to a new level of architecture and design standard. The land itself is really the most beautiful feature. Nowhere else in Holmby Hills can you acquire 10.1 acres of beautiful land; it’s almost two times larger than the second-largest estate in the area.”

Explore Story
A refreshing and revitalizing shade, Pantone’s 2017 Color of the Year lends both personality and peacefulness to a…
0
0
0
Explore Story
The opening of the city’s design debutante marks new territory for Knoll, which comes to L.A. by way of New York City and has only two direct-to-consumer retail locations—our local outpost the sequel to its longer-running show in NYC. Coveted for its modern designs—those geometrized, cleaned-lined things from Mid-century Modern masters like Ludwig Mies van der Rohe and current L.A. legend Frank Gehry—the au courant emporium is meant to connect two of the city’s more prolific communities: residential design professionals and consumers.
0
0
0
Explore Story
Table of Contents Home Prices Are on Fire—and Look to Continue to Stay Hot Through Balance of 2017…
0
0
0
Explore Story
At the midpoint of the 20th century in this country, few figures were as high-flying as billionaire business magnate Howard Hughes, who brought his flair for Hollywood drama to the world of aeronautics and took control of the major American carrier Trans World Airlines (TWA) in 1939. It was Hughes who tapped pioneering Finnish-born architect Eero Saarinen
0
0
0