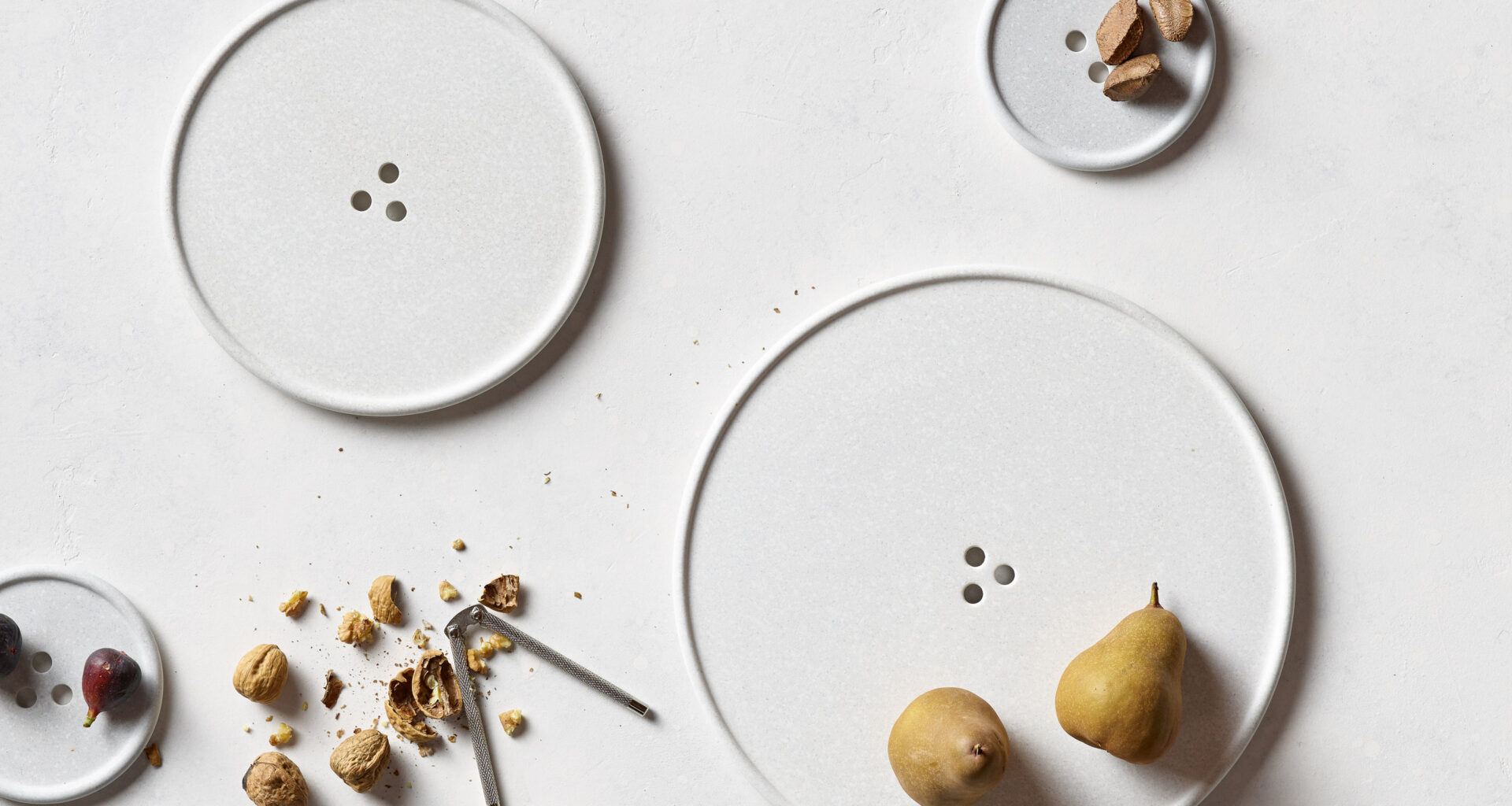 Mei-Lan Tan and Victor Lefebvre, the young duo behind Umé Studio, have different backgrounds but share a vision and great love for materiality. From an Indonesian family, the U.S.-born Tan studied at Cornell University before working under Caroline O’Donnell. A native of France, Lefebvre was educated there and in Japan. After practicing at Kengo Kuma in Paris, Lefebvre received a state research grant that led him to move to Kyoto and establish a practice.
Total
0
Shares
0
0
0

Umé Studio Combines Art, Craft and Function Through Creations Influenced by the Craftsmanship and Attention to Detail of Asia

Mei-Lan Tan and Victor Lefebvre, the young duo behind Umé Studio, have different backgrounds but share a vision and great love for materiality. From an Indonesian family, the U.S.-born Tan studied at Cornell University before working under Caroline O’Donnell. A native of France, Lefebvre was educated there and in Japan. After practicing at Kengo Kuma in Paris, Lefebvre received a state research grant that led him to move to Kyoto and establish a practice.

A few years ago, the two architects met while working at Herzog & de Meuron in Basel, Switzerland, and quickly realized that they were on converging paths.

“We felt we had a creative connection and shared a graphic vision of things,” says Tan. In 2016, they took the plunge and launched their own design studio in northern California.

“It was a bit of a coincidence; Victor was working on a project in San Francisco and we somehow found an amazing space in Oakland, which was perfect for our vision,” Tan remembers. But that doesn’t mean things are easy.

Yet, day after day these talents create series of limited-edition objects in partnership with other architects, designers, artisans, and artists on the West Coast, as well as around the world, including Paris, Kyoto, and Bali.

“The Bay Area design scene is very small. It’s all about tech so it’s a hard place to be creative.”

“It is very much a story of connections—sometimes friends—people we respect, people with a craft, always people with a story and with whom we can dialogue to create,” Lefebvre explains.

Our practice is at once global and local, with a focus on designing objects for the everyday, meant to engage and incite curiosity, be less prescriptive and more personal, and connect people, their cultures and their histories.” The items—ranging from soaps, trays, cups, and bowls to mirrors and sofas—designed by Umé Studio all reflect the idea of transcending the original function of these everyday objects, whose aesthetic are “simple and thoughtful” according to Tan and Lefebvre.

Simultaneously powerful and poetic, these products are the result of an exploration of their contextual relationships.

“We believe an object’s shape and use is derived from its making and is deeply committed to allowing an object’s function and the process behind it to inspire its form,” they say.

“It is this dialogue of the hand, the shape it produces, and an object’s ensuing use that creates this subtle tension that we understand as beauty.”

So far, one of Umé Studio’s most demanding projects has been the sofa the duo designed in collaboration with Japanese futon factory Takaokaya that took them two years to bring to life. Tan and Lefebvre’s biggest challenge, however, is something they face on a daily basis. “If you ask people, they tell you they don’t need design, while in reality, they don’t realize that everything is designed,” says Lefebvre. Giving importance to details, Tan and Lefebvre have an intuitive creative process.

“We travel, gather objects and experiences, and live our life,” Lefebvre says. “And one morning, you end up in the shower holding a little piece of soap that you have been using for months, and that gives you an idea on how to make something unique.”

That’s exactly what happened with the sculptural Erode soap made with Tonic Naturals (a soap maker in San Francisco). More recently, this creation inspired them the new mini-Erode version.

“We wanted to bring the same concept of Erosion to a more functional / compact item, keeping the idea of a very tactile object,” says Tan.

Not limited by any materials or techniques, Umé Studio’s main criteria is what inspires and gives them the opportunity to experiment. The same applies to color. “I don’t think we ever think in terms of colors,” Tan says.

“We like to work with the natural tones of a material and see where it brings us.”

Constantly refining their approach to some key concepts and continuing to combine traditional craft with contemporary design, Lefebvre and Tan have just finished a series of furniture for UNIQLO on Powell Street in San Francisco, and a Valextra store in Hawaii.

“These are the kind of projects we would like to focus on in the future,” Tan confesses. “Being architects by trade, we want to dedicate more time to interiors and space.”

And while the duo is currently working on a soap for COS, Lefebvre’s dream project is quite different: “a cabin in the woods where [I can] live and never come back,” he smiles. As soon as he and Tan continue to design, we will be fine.

Explore Story
Gracefully resting on the hilltop of 12th Street in Manhattan Beach dwells a crowning American Martyrs-section home, one with everything a family needs for the ultimate Manhattan Beach lifestyle offered by Mike Michalski and Sachi Fujita.
0
0
0
Explore Story
The Stanley House, the first single-family home project by Lenny Kravitz and his interior design firm, has hit…
0
0
0
Explore Story
A Rocky Mountain property once owned by the late folk singer John Denver has hit the market in…
2
0
0
Explore Story
Once a commercial hub filled with warehouses, Honolulu enclave Kaka’ako today is a hip, bustling waterfront district rife…
0
0
0