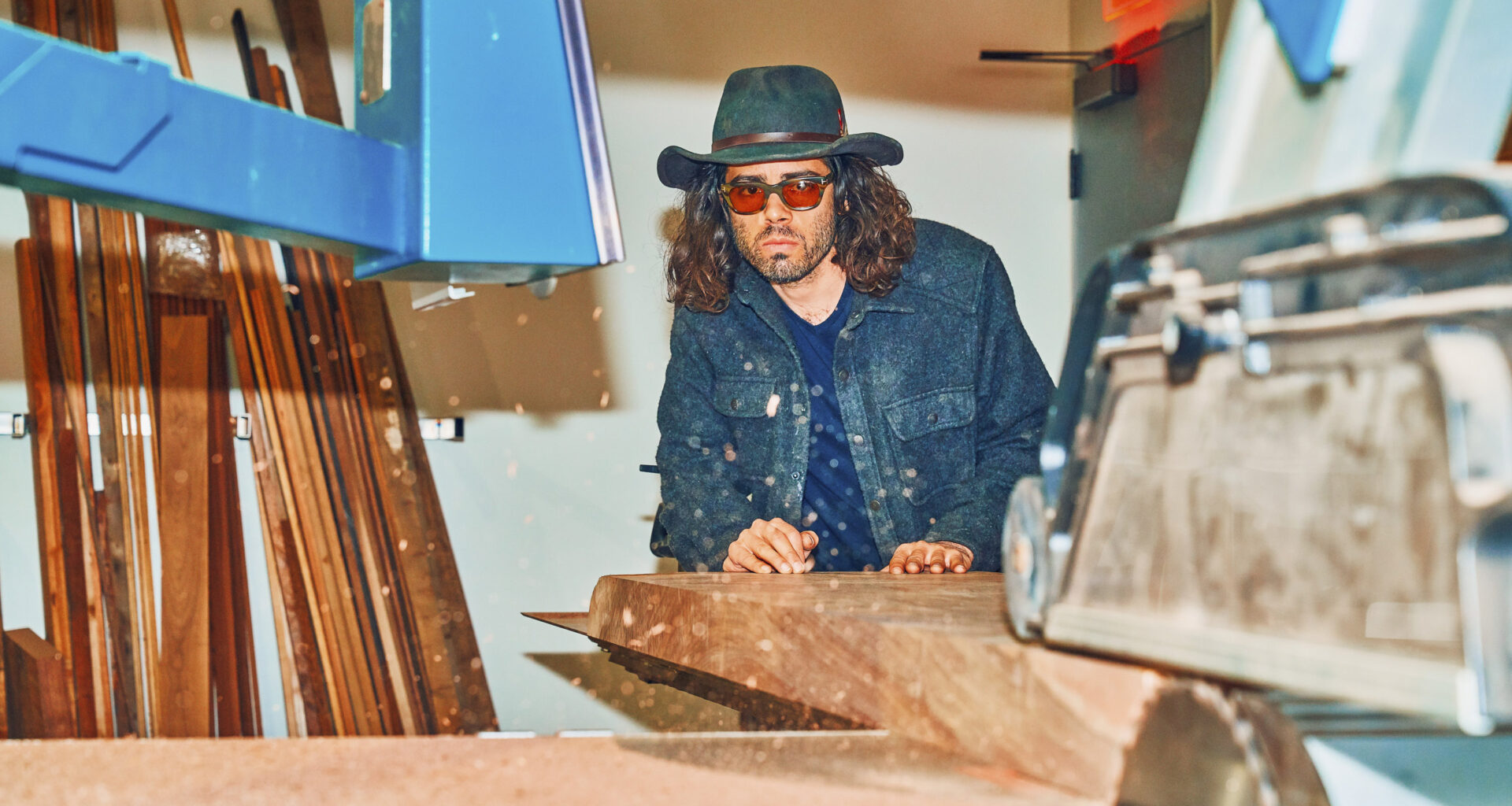 Taylor Donsker Back to Nature

Los Angeles native Taylor Donsker is, like the sculptural furnishings and modern industrial pieces he designs and fabricates in his vast Santa Monica workshop, something of a paradox, a woodworker whose primary instinct is to go against the grain.

Taylor Donsker is reluctant to call himself a woodworker at all, at least at this stage, maybe “10 or 20 years from now,” he says. Given what he has accomplished thus far, one considers with excitement what mastery at his hands might eventually mean.

Unconstrained by the strictures of a formal woodworking background frees the nondoctrinaire Taylor Donsker to use dissimilar materials in new and interesting ways, resulting in ingenious original work with a rich material language.

“Furniture is really a smaller form of architecture,” says Taylor Donsker, who turned to woodworking after architecture school. In his workshop are slabs of the California walnut he favors for its variations of color and characteristics.

“It’s not too dense, or too soft, and the grain is always surprising,” he says. While delicately assembled, his pieces, fashioned in the California Modern mold, are not demure; they’re insistent and assertive. Including an entire collection that came from a majestic, 100-year-old Bastogne walnut tree—the third-largest in California—that he tried hard to save.

Learning it would be removed (an arduous three-day process), Taylor Donsker used its wood for a whole series of furnishings so that its magnificence would live on. He approaches the material, and his work with it, as an almost spiritual partner.

“The whole world slows down. There’s focus. Rhythm and ritual. You just forget everything,” he says.

Explore Story
Yvonne Arias’ in-depth knowledge of the city’s rental market, property management, marketing and interior design has made her a valued resource as a consultant for real estate developers and investors.
0
0
0
Explore Story
Whether home or hotel, colors, materials and motifs inject personality into any space, defining and giving it soul. From Denver to New York to Los Angeles, three audacious examples push the limits of design to exceptional results.
0
0
0
Explore Story
South Bay Door & Window helps enhance a home’s most pivotal features Doors and windows are an architectural…
0
0
1
Explore Story
F. Ron Smith, a founding partner of Partners Trust Real Estate Brokerage, focuses on innovation and effective collaboration within the real estate industry to consistently provide his clients with the very best service.
0
0
0