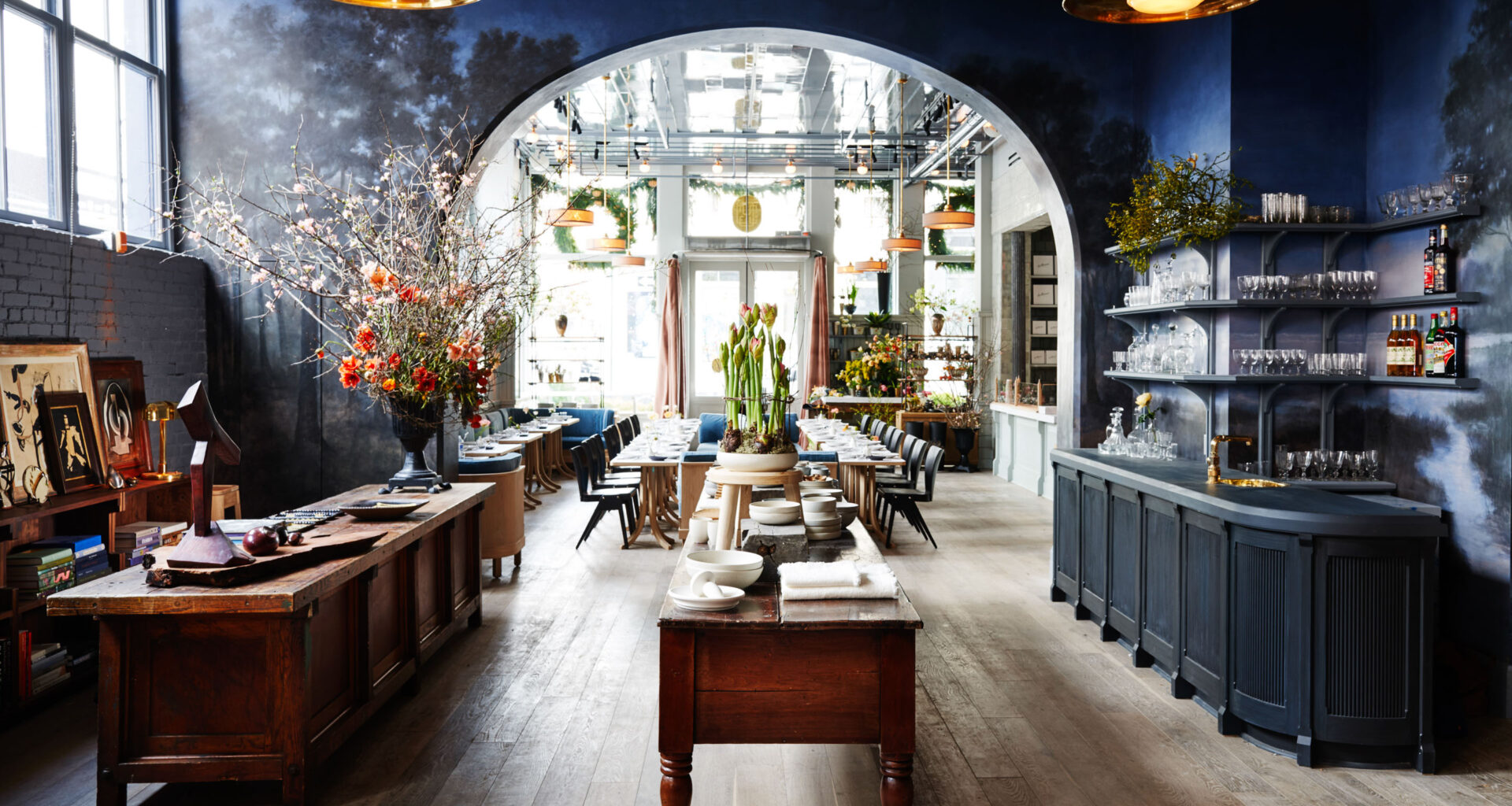 Since 2002, Robin Standefer and Stephen Alesch, the duo behind Roman and Williams, have designed restaurants, hotels, shops and furniture all over the country. At the end of 2017, they took a new step with the launch of their flagship store.

Located in SoHo, Roman and Williams Guild New York is spread over 7,000 square feet and home to a furniture store, a flower boutique, a cafe and a library. “We view the Guild as part of our home, and we made it the way we like things to be,” Standefer and Alesch say. “The Guild is a democratic sanctuary, which celebrates quality and the creative daring of craftspeople and artists.”

On display are glassware, ceramics, sculpture, lighting fixtures, home accessories and furniture pieces—comprising the original collection designed by Roman and Williams—plus objects collected from around the world.

In this eclectic place, the atmosphere stirs a feeling of being at home while every detail awakens the imagination and senses. “We built the Guild because we had a dream we wanted to share and a place where we wanted to be,” confess Standefer and Alesch.

PHOTOGRAPHS: COURTESY OF ROMAN AND WILLIAMS

Explore Story
Living in North Manhattan Beach offers the desired SoCal lifestyle with added conveniences: great surf, lively restaurants, an easier commute to Los Angeles, and a strong local scene. As a place to enjoy life with little fuss, the hot property at 320 35th Street has much to offer the buyer looking for a low-maintenance, high-style lifestyle home. “On weekends, you wake up and don’t need to get in the car. You walk to the beach, to restaurants or yoga. The sheer ease of living here is priceless,” shares Realtor Richard Haynes of Manhattan Pacific Realty.
0
0
0
Explore Story
The market makes way for small-lot homes with big-city style Written by Jenn Thornton Photography courtesy of Brandon Arant…
0
0
0
Explore Story
Louis Jonas Salk founded the Salk Institute—a private, nonprofit biomedical research facility on a bluff overlooking the Pacific…
0
0
0
Explore Story
Table of Contents Metallic accents in silver, gold, brass and copper exude a refined look and perfectly combine…
0
0
0