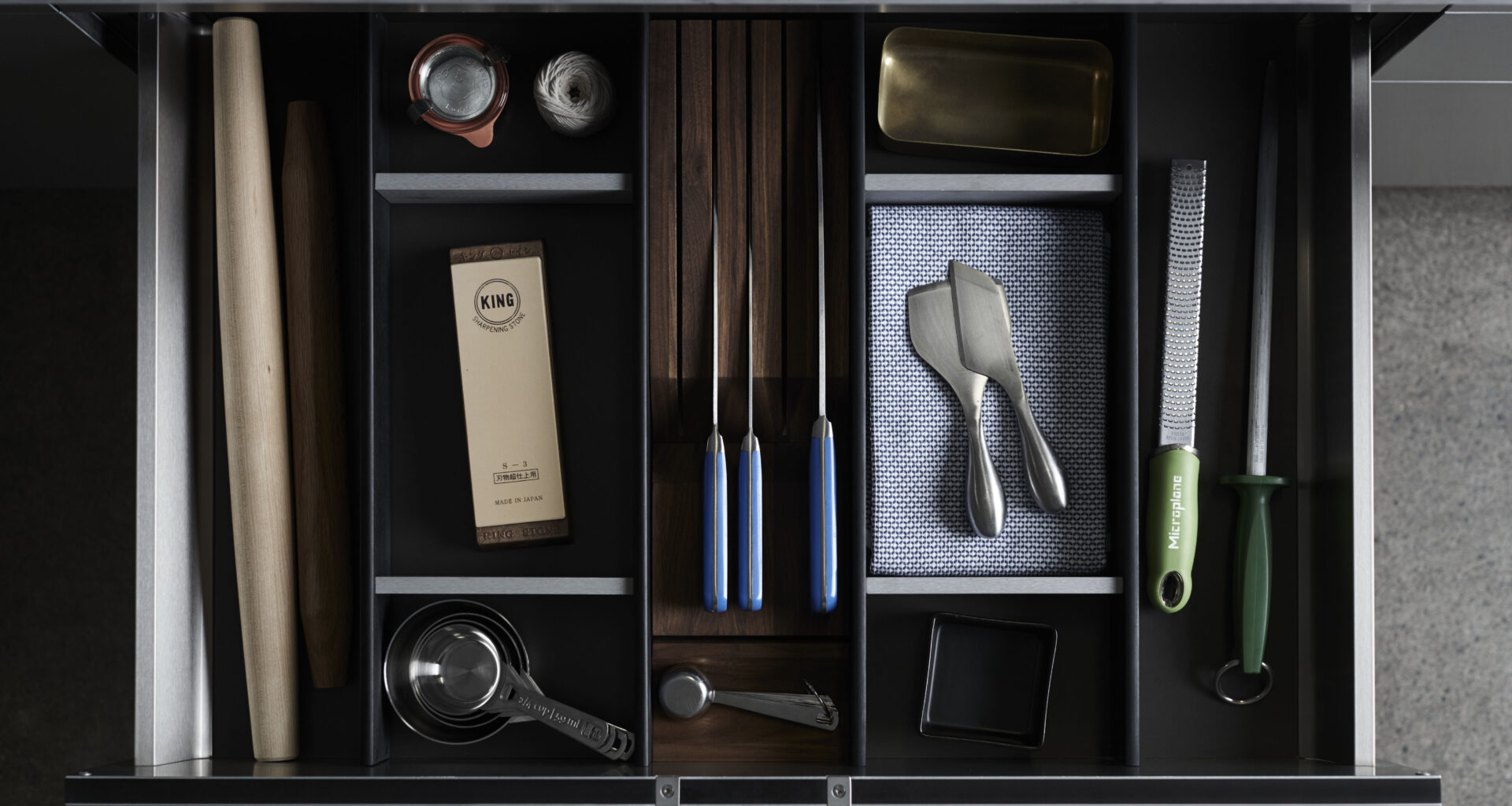 A carpenter, farmer, and stonemason born in 1912 in rural North Carolina, Henry swung a formidable hammer and taught his grandson, Scott Hudson, to do the same.
Total
0
Shares
0
0
0

The best of design endures. This is why master craftsmen like Sam Maloof, Wharton Esherick, and George Nakashima are regarded with almost mythic admiration. Had Henry Spurgeon Hudson the funds to attend architecture school as he had planned, instead of using $75 in total earnings to build himself a house in 1936, we might be talking about him. Because of Henrybuilt, the cult maker of craft-quality home systems, we actually do.

“Our lives revolved around things that lasted,” says Scott Hudson, the founder and CEO of Henrybuilt who grew up in the same farmhouse, and in the very same room, as his grandfather. Together they made cabinets, built framing and cleared trees.

“Loyalty, honor, love, respect—the things we all want to give and pass on to our families, that’s why I started the company,” Hudson explains.

Like its namesake, Henrybuilt hails from humble beginnings, starting in 2001 from the confines of a small shed on Vashon Island in Washington State. Today the operation enjoys an international profile, runs a 65,000-square-foot production facility in Seattle, and has showrooms there and in New York City and the Bay Area. Credit Hudson’s holistic, roots-run-deep commitment to quality, materials, and execution for the brand’s thoughtful expansion.

“For Henrybuilt, much of our product is made by hand,” he says. “Scaling while continuing to do that requires some sort of secret weapon.” It came in 2012 when Henrybuilt began integrating the tenets and techniques of the Toyota Production Method into its work.

“This is different than Lean Manufacturing,” Hudson explains. “It puts people first, takes a long-term view, and puts control of the process in the hands of people doing the work. We’ve added our own spin to this, and it’s enabled us to continue to become more efficient without losing the handwork.” On top of that, he adds, “today we all know that things that last are also good for the planet.”

In this and other aspects of social responsibility, like the importance of provenance to consumers, Henrybuilt is a bellwether. Chris Barriatua, the company’s executive director, agrees.

“The whole concept of ‘luxury products’ has been through a sort of whiplash over the past 20 years,” he says, pointing to a marketplace where cheaply-made things are placed shoulder-to-shoulder with the good stuff, causing confusion. Now, he adds, consumers are more attuned to value, “they want to know what they are actually going to end up living with—not just how well someone can dress up a brand.”

In taking a diametrically different tack, Henrybuilt is on the precipice of marking two decades in contemporary design. Most acclaimed for its elegant kitchen systems, the brand also produces a variety of high-performance home storage systems featuring intelligent details and architectural integrations.

Aesthetically, the designs are elegant precisely for their restraint and this, along with artisan practices and principles, is especially resonant with creatives and design purists. It is a natural aesthetic position for Henrybuilt to take because “it’s often the flourish that becomes the thing you get tired of,” notes Hudson. But not, happily, the beauty of working with your hands. henrybuilt.com

Explore Story
At the forefront of this movement, Egg Collective and O&G Studio are innovating all categories, honestly and sustainably, with a reverence for art and nature.
0
0
0
Explore Story
Cruise into Shanna Shryne’s design center on Pier Avenue and you’re guaranteed to bump into a positive message…
0
0
0
Explore Story
Now in its third year, WestEdge Design Fair is a mecca for home furnishings, and the source for inspiring designs and bespoke pieces. Occupying Santa Monica’s expansive Barker Hanger, WestEdge brings the best in modern design to the heart of Los Angeles’ Silicon Beach with innovative designers, manufacturers and architects worldwide, all showcasing their custom creations in an array of inspirational displays.
0
0
0
Explore Story
Mei-Lan Tan and Victor Lefebvre, the young duo behind Umé Studio, have different backgrounds but share a vision and great love for materiality. From an Indonesian family, the U.S.-born Tan studied at Cornell University before working under Caroline O’Donnell. A native of France, Lefebvre was educated there and in Japan. After practicing at Kengo Kuma in Paris, Lefebvre received a state research grant that led him to move to Kyoto and establish a practice.
0
0
0