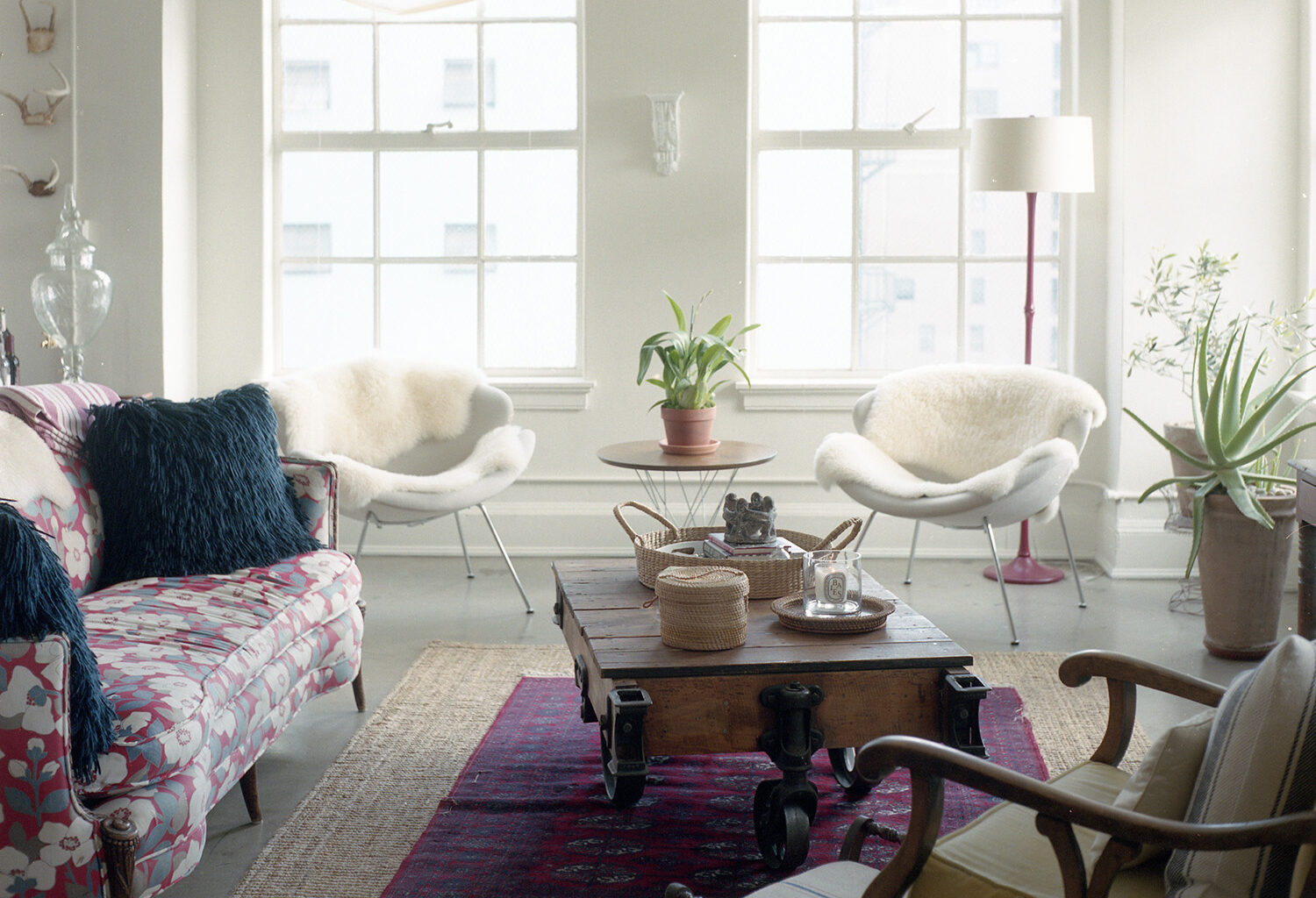 A wellspring of artistry, Ruth De Jong doesn’t so much as tap into creativity as she does seize it, and with an unstudied air that denes her multifarious work. Since seguing from painting to production design (for the likes of the Paulomas Anderson epic ere Will Be Blood and, most recently, a buzzed-about new television series for Showtime), she’s also forayed into interior design with LA eatery Son of a Gun and the design enterprise she launched with her brothers, De JONG & Co., which debuts a new furniture line this year. Here, De Jong dialogues about her serendipitous path from painter to polymath.

Professionally, how did you get your start?

After graduating in fine arts from Texas Christian University, I was planning to go to grad school to get my MFA in painting, when Production Designer Jack Fisk and I had a long conversation about art direction and production design. It was a bit serendipitous, but he had a similar background in fine arts. He asked me to join him on a film [There Will Be Blood] he was preparing to design. So I decided to see what it was all about. I deferred grad school for a year—thinking, of course, I’d go after the film. I have yet to go back to grad school.

What prompted your interest in art and design?

Fine art, painting and photography were always passions of mine. My father was a photojournalist, and my mother was an art historian. The arts were always around me growing up. Once I started designing sets, I fell into a passion for interior design. My early exposure to the arts heavily influenced the way I approached my design projects, and still do.

What is your driving creative force today?

When it comes to production design, the challenge of creating a world I’m not familiar with. For interior design, I always want to shape a space using beautiful pieces that are both functional and aesthetically pleasing, all the while creating an emotion within that space.

You delve into so many artistic realms—a renaissance woman.

I guess one could make that assumption. My problem is I can’t just do one thing. I envy folks who have one craft that they hone their whole life. I thought early on  that would be painting for me. These days, I’m lucky if I find time to dedicate to my painting; I know I will again one day, but right now it’s a lot of designing sets and spaces! I love that they all influence one another.

So interior design is an extension of production design for you?

Yes. It started at the different homes I lived in, around Los Angeles. I constantly began rearranging furniture, art, objects and painting walls! Soon, friends began asking me to help them decorate and design their homes and apartments. That led to designing my first restaurant in Los Angeles, Son of a Gun… I thought of the concept very much as a ‘set.’

My brothers and I then began talking about the idea of starting an interior design firm and custom furniture line. As I was designing various interiors, Peter was designing and building furniture, and Philip was taking beautiful images. We came together to collaborate on all fronts and opened our doors in January of 2014, with the idea that we can make our own furniture and use that in the spaces we design.

How essential is collaboration to your work?

Collaborating is a beautiful thing that I love very much; the sharing of ideas and concepts and then putting those in play together. … There’s a beauty to all the moving parts.

Never a dull moment. There is always something to be learned, discovered and unturned. Working for Paul and Terry is exciting, a constant ‘mission to accomplish.’There is a richness I take away from each project, and I’m thankful for all those experiences.

We recently wrapped up designing the interiors and furniture for the Nashville restaurant 5th & Taylor. We are currently rounding out our line of furniture this year with the inclusion of a coffee table, bed, side tables and more seating pieces. And we have several residential properties we are in the middle of designing, both the interiors and custom furniture pieces.

Medium aside, what do you want all your work to communicate?