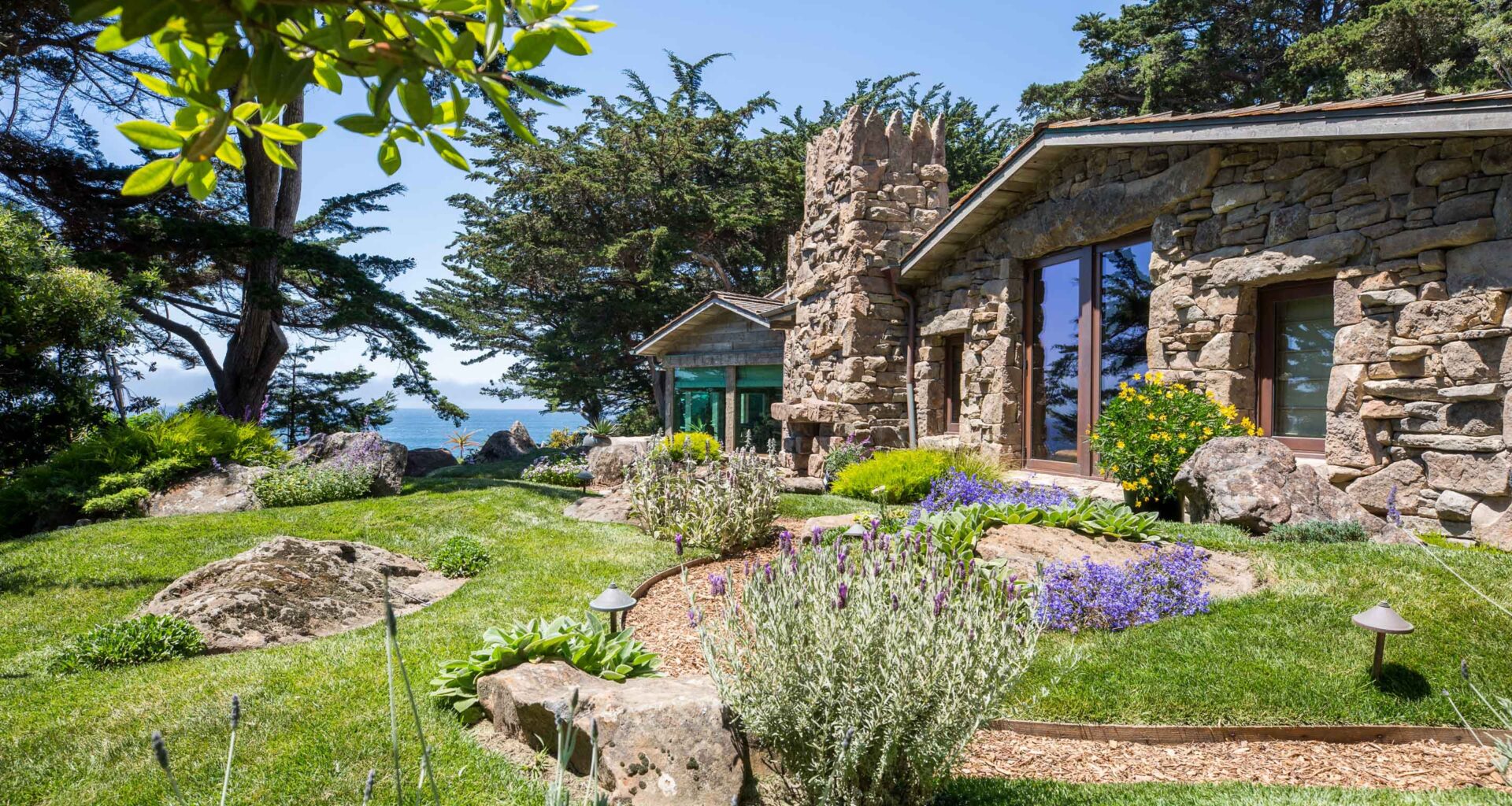 An unprecedented collection of four integrated coastal properties set amid a mature Cypress forest and the coastal cliff sides of the Carmel Highlands has entered the market as the highest-priced property in the area at $52.375 million.
Total
0
Shares
0
0
0

Four integrated coastal properties set amid a mature Cypress forest and the coastal cliff sides of the Carmel Highlands has entered the market as the highest-priced property in the area at $52.375 million.

More than 12 years in the making—due not only to the commitment, but also the scale of stonework and landscaping—this magnificent multi-home property today spans 4-plus acres and almost 1,000 feet of coastline replete with dramatic ocean vistas and a wealth of private outdoor spaces ideal for relaxing and entertaining.

Known as “Seven Coves of Spindrift”—and lovingly restored by its current owner, entrepreneur and former software developer Gary R. Vickers, complete with six grand stone fireplaces featuring 14,000-pound hearthstones and 8,000-pound mantels and much more—the collection of four linked coastal parcels encompasses a main residence that served as the setting for the 1992 movie Basic Instinct, and previously was owned by famed world record holder, adventurer and global explorer Steve Fossett. Spindrift also made a recent appearance as a couple’s retreat in an episode of the HBO series Big Little Lies.

“Seven Coves is one of the most rewarding projects that I have tackled in my lifetime,” says Vickers of the property, which is now being listed exclusively by Tim Allen of Coldwell Banker Global Luxury. “Due to the commitment and scale of the stonework and landscaping, the Cottages at Seven Coves, and now its monolithic main Lodge, have taken over 12 painstaking years to bring to fruition, and I feel blessed for every moment that I have spent in and around the property.”

Standing out is the renovated main residence — referred to as the Lodge at Seven Coves — which offers 12,000 square feet of bespoke environs on three levels. Among the highlights is a 1,000-square foot commercial-grade kitchen outfitted with a 1,250-bottle wine refrigerator, two-story walnut and oak library with an adjoining reading room, and a first-class fitness center featuring top-tier workout equipment, a pool, steam room, dry sauna, and spa.

The fully appointed North and South cottages are situated on ocean-side cliffs looking down in elevation about 100 feet to the crashing waves below, with each cottage including two bedrooms, a living room, and a kitchen. The Writer’s and Forest cottages, meanwhile, are nestled among the beautiful and rare private Cypress forest and offer a cozy, rustic one-bedroom experience with common areas, kitchenettes, and wet bars.

Outdoors, meandering pathways weaving throughout the naturally landscaped grounds provide an opportunity to relish the ocean-side gardens and to travel amid 150,000 pounds of mossy boulders down to the Pacific’s edge on a selection of coastal stairways.

“There is nothing available like this property in Monterey, and really, I would argue, on the entire California Coast, making this truly a once-in-a-lifetime opportunity for someone to acquire this breathtaking collection of homes in an ideal location that offers luxurious amenities, some of the most stunning views ever witnessed and absolute privacy,” says Allen. “The compound is reminiscent of the great Adirondack camps of yesteryear, but elevated with highly sophisticated finishes and state-of-the-art infrastructure.”

Explore Story
Born and raised in Palos Verdes, Darin DeRenzis certainly knows his way when it comes to navigating the South Bay market. Working in collaboration with both The Edler Group and Sotheby’s International Realty, DeRenzis has gained a loyal following of clientele with his strong commitment to delivering the highest level of personal service.
0
0
0

Explore Story
When the owners of 200 South Poinsettia Avenue purchased the corner-lot property, located a half-mile from the ocean, they went about re-working the approximately 5,061 square-foot house.
0
0
0
Explore Story
The Four Seasons Punta Mita is fit for a king, with guests given the same royal treatment. Handed fresh mango margaritas upon arrival, a stunning ocean view welcomes you in the lobby. With white-sand beaches in every direction, no wonder the resort is a top destination to visit while the dollar is strong.
0
0
0
Explore Story
A community of contemporary townhomes heralds the next wave of luxury living in Hermosa Beach If you’ve cruised…
0
0
0