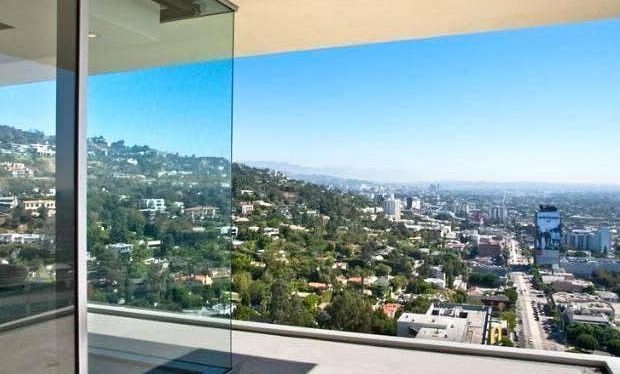 Sandra Bullock rents out luxury condo in Sierra Towers for $22,000 a month

0 people shared the story
0
0
0
0
As previously reported in Variety, Sandra Bullock has made one of the two multi-million dollar condos she owns at the celeb-stacked Sierra Towers complex on the border between West Hollywood and Beverly Hills, Calif., available as a fully furnished rental at a deep-pocketed rate of $22,000 per month. The Oscar-winning “Blind Side” star, who will appear in next year’s all-female spy heist “Ocean’s 8,” purchased the high-floor unit in early 2014 for $3.35 million.

Perfectly positioned in the southeast corner of the building with unobstructed, bird’s eye views that on a clear day sweep over Los Angeles from the downtown skyline to the Pacific Ocean, the 1,672-square-foot, two bedroom and three-bathroom aerie was once owned by “Friends” star Matthew Perry who picked it up in the fall of 2011 for $3.2 million and sold it at an eye-popping $350,000 loss, not counting carrying costs, improvement expenses and real estate fees, in the spring of 2005 for $2.85 million.

The freshly and expensively refurbished unit comprised a sun-flooded combination living and dining room with two walls of floor-to-ceiling windows and glass sliders that open to a slender terrace. The open kitchen was decidedly compact but smartly arranged and handsomely fitted with a mix of walnut and white lacquer cabinetry and a roomy laundry room with walnut built-ins included an under-counter wine fridge. The guest bedroom was fitted with a lengthy, built-in credenza with integrated desk space and the master suite offered a fitted walk-in closet and spa-style bathroom with heated towel racks and an over-sized shower behind a panel of frameless glass.

Explore Story
Mei-Lan Tan and Victor Lefebvre, the young duo behind Umé Studio, have different backgrounds but share a vision and great love for materiality. From an Indonesian family, the U.S.-born Tan studied at Cornell University before working under Caroline O’Donnell. A native of France, Lefebvre was educated there and in Japan. After practicing at Kengo Kuma in Paris, Lefebvre received a state research grant that led him to move to Kyoto and establish a practice.
0
0
0
Explore Story
Edward Slatkin, an owner of Shutters and Santa Monica’s Casa Del Mar, is asking $36 Million for his…
0
0
0
Explore Story
Whatever business or industry you’re in, it’s easy to find people giving advice. Too much advice in fact. Too much advice propels the “shiny object syndrome” forward.
0
0
0
Explore Story
Juliette Hohnen divulges to DIGS her inspiration for becoming a real estate agent, passion for interior design and what she loves most about selling properties in LA.
0
0
0