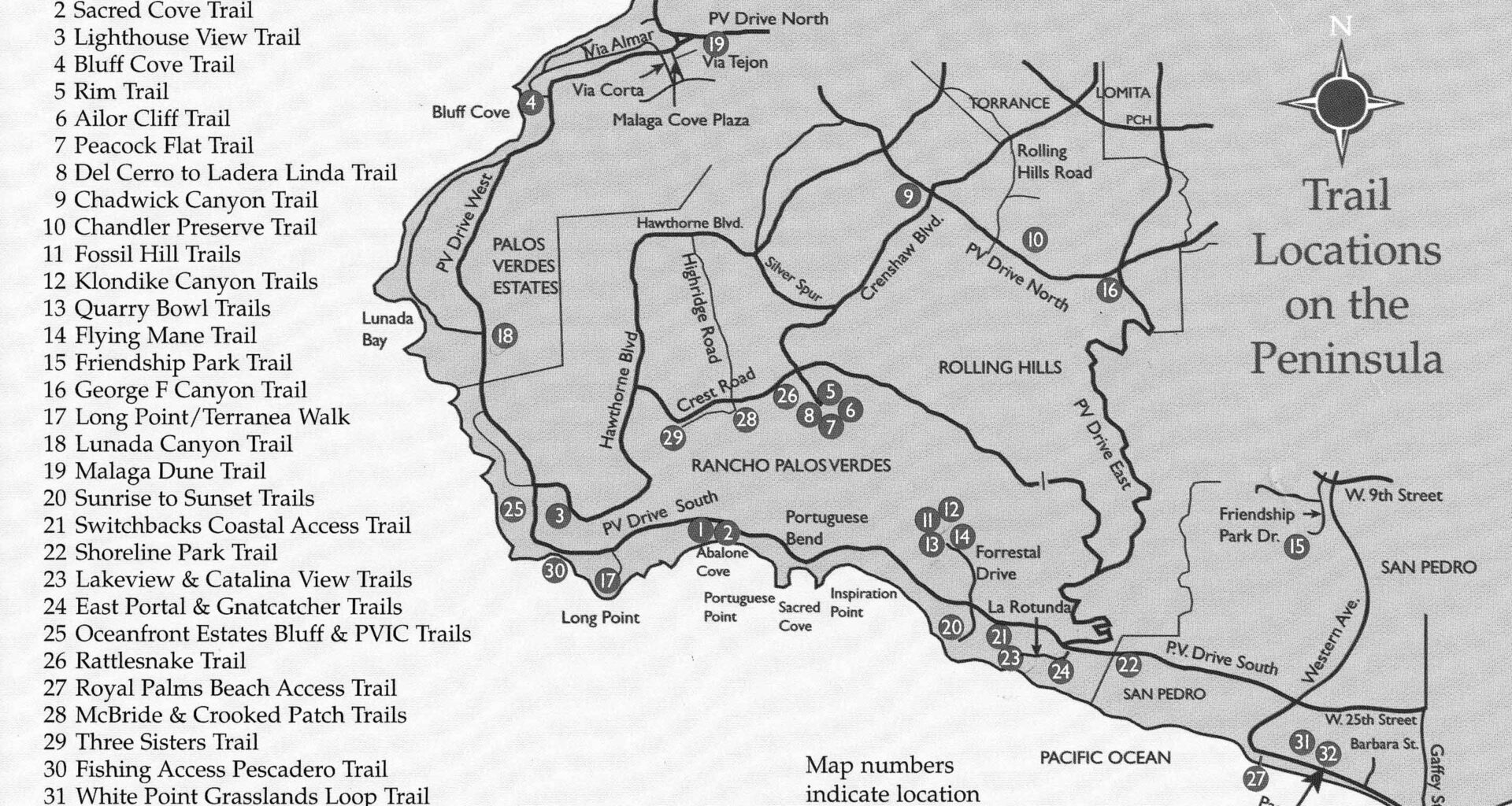 With summer around the corner and LA country re-opening trails and beaches after being closed amidst the current coronavirus pandemic, we’re all itching to get outside and catch a breath of fresh air. What better way to get outside and enjoy the weather then a Palos Verdes hike, chalk full of panoramic ocean views and nature?

“It is important for people to be able to reflect, take a breather from every day stress. You’ll feel a lot better after a hike in PV.”

With a distance of 2.2 miles roundtrip, there is no better way to begin a visit to the Peninsula. From paved pathways, you have views of the lighthouse, Catalina, and even the Santa Monica Bay and the Malibu hills. You’ll also see coastal sagebrush, which is home to endangered gnat catchers and other birds.

“It is a great walk, easy climbing, and probably one of my favorites,” Raue said. “You can see the ocean and hear the birds.”

Providing gorgeous views will very little incline, the McBride trail allows you to have panoramic views of Portuguese Bend Nature Preserve. You’ll also see the Vanderlip Estate. On the west end along the Crooked Patch, you’ll walk along a natural wetland that still has some tule reeds used by Native Americans.

Cutting between cliffs and hills, you can see where lava forced its way between sedimentary layers, causing it to fold and fracture. In such cliffs, you can spot marine fossils. In many spots under almost every rock, small brown fossil scales can be seen. You may also find shark teeth, bones and leaves. While the trail also has beautiful ocean views, the hills have some of the best and most brilliantly colored wildflowers throughout the Peninsula, specifically bright orange Indian paintbrush or cup-shaped Mariposa lilies.

“This was not done yesterday, it was done millions and millions of years ago,” Raue said. “Some places even have pillow lava and then you see it on a wall in Portuguese Bend.”

Entering the site of the former Livingstone Quarry, which exported rock for road building, the cliff walls are layers of Altamira shale and intruded basalt. Later on in the trail, you’ll reach a point with a panoramic view of Ladera Linda Park and Portuguese Bend fields. Purple sage, a fragrant flower reaching three to five feet, surrounds the area.

You start out on the trail passing mallow, myoporum and eucalyptus plants. Home to many unusual plants and wildflowers, yellow and orange deerweed is scattered throughout the dune, along with edible miner’s lettuce and wild pink and white roses. You many even see an occasional blue butterfly, endangered in the Palos Verdes hiking area. You’ll also pass a grove of locust trees.

While the entire area burned during late summer 2005, the area has been revitalized, with bush sunflowers, wild hyacinth and wishbone plants scattered throughout the trail. You’ll even pass rock walls installed by convicts when the county was constructing the extension of Crenshaw Boulevard that reactivated the landslide.

From the point of the trails, you have an impressive view over the Oceanfront Estates project in Palos Verdes Estates and can see Lower Point Vicente Park to the west. Hiking to the other side of the point, you’ll see a spectacular view of Point Vicente Lighthouse and Long Point. With coastal sage brush along the trail, you may also see endangered birds, including the gray California gnat catcher.

Walking down from Del Cerro Park and following the road as it loops around, you’ll see the active Portuguese Bend landslide, the largest in the country. Walking up a dirt path to an overlook, you’ll have panoramic views of Catalina and the Pacific and be surrounded by tall pine trees. If your lucky enough, you may even spot a peacock or hear its call.

You’ll first begin to smell licorice as you walk through a large field of fennel. Crossing the canyon, you’ll also find fragrant varieties of native vegetation, similar to coastal sage scrub. Into the second canyon, you’ll see and smell lemonadeberry bushes. At the bottom of another cliff, you can even see pillow lava, formed by the eruption of lava into ocean water.

If the tide is low enough, you’ll be able to cross past a cave entrance to a flat rock shelf. Before the cave, you’ll notice brilliantly colored rocks. With tide pools scattered through out the walk as well, sea stars, anemones and hermit crabs fill them. The beach also has black sand, full of iron minerals.

“You can either go to the beach or climb up on Portuguese Point and have a nice view of the sunset,” said Raue.

Always a popular spot for surfers, the cove at low tide has some of the best tide pools on the Peninsula. In the cove, you can also find metamorphic rock similar to that of Catalina schist. Other rocks have interesting intrusions, full of barite and quartz crystals. You’ll hike along the cliffside with nothing but Catalina and 180 degree panoramic ocean views.

On the trail, you’ll see the first Fire Control Base End Station, built in the 1940’s to provide firing data for guns at White Point and Fort McArthur. It is still the only one of its kind remaining. Further on down the trail, you’ll walk through the East Bluff Preserve, home to several pairs of endangered gnatcatchers. It is also one of the few locations you’ll find south coast saltscale.

“We try to convey anything on these hikes that may be interesting,” Raue said. “From spiders to geology to plants, we talk about anything to possibly make it interesting.”

“We have the California Coastal sage scrub, which has been the main goal of the Conservancy to replace and restore it,” Raue said. “We are trying to restore things by the way the land was years ago.”

Just 1.1 miles, the trail is handicapped-accessible throughout the grassland. The newly restored preserve, which has native grasslands that were once common across the country, are home to many native species, including meadowlarks. You’ll also see many different types of butterflies and dragonflies.

Formally the site of Marineland of the Pacific, movies such as Charlie’s Angels and Pirates of the Caribbean have been filmed at the location. At the bottom of the trail, you’ll see a good-sized cave. It served as the Bat Cave in the Batman television series.

Explore Story
Manhattan Meats quenches the South Bay’s yen for outdoor entertaining with a mix of marinated meats ready to be slid right on the grill. Add a bottle of wine and a side dish or two and, voilà—dinner is served.
0
0
0
Explore Story
Commercial & residential architecture across the Hawaiian Islands offers a fresh expression of modern Pacific style Translating the…
0
0
0
Explore Story
Raved-about repository of contemporary art, the Broad finally descends on Los Angeles. Written by Jenn Thornton It would…
0
0
0
Explore Story
Master architect Richard Neutra, a founding father of the modern architectural movement. Richard Neutra was born in Vienna in 1892, he would become a son of Los Angeles, articulating through his designs a blueprint that would serve as the thematic springboard for many who followed.
0
0
0