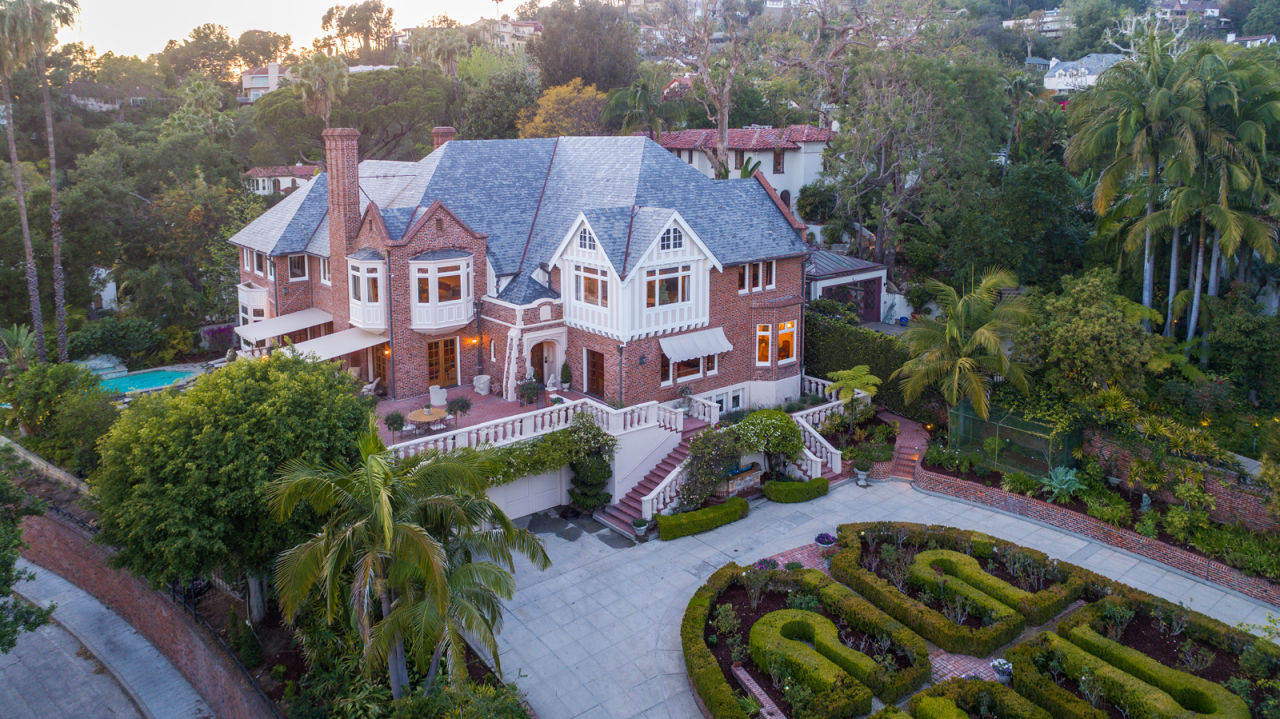 Now owned by singer and entertainer Michael Feinstein and his husband, Terrence Flannery, it’s on the market for $12.75 million, complete with an underground tunnel for secret entrances and exits, sweeping city to ocean views and fabulous grounds showcased by formal gardens.
Total
1
Shares
1
0
0

Grammy-nominated singer Michael Feinstein and his producer husband, Terrence Flannery, have listed their 1926 Tudor Revival-style mansion in Los Feliz for $12.75 million. According to Mansion Global, the residence previously served as the site of the Russian Consulate from 1935-51..

Expect 15,391 square feet of living space on four stories highlighted by an underground tunnel for secret entrances and exits, as well as an upper level sporting an office suite, bedroom, service bar and one of two movie theaters.

The six-bedroom house also has a fitness room, pool, wine cellar and guest house with its own private entrance.