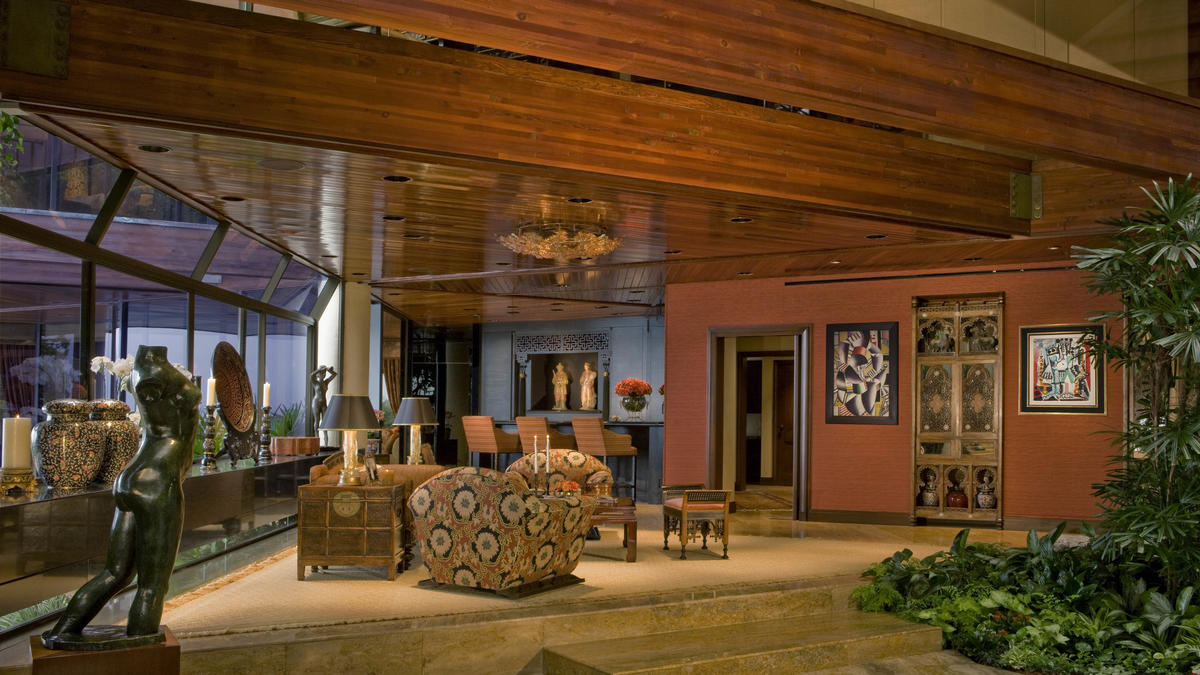 Fashion tycoon and film producer Sidney Kimmel and his wife, Caroline, have listed the former Johnny Carson estate in Malibu for sale at $81.5 million.

The longtime “Tonight Show” host, who died in 2005 at 79, bought the Point Dume estate in 1984 for about $9.5 million, The Times previously reported, and owned the property for more than two decades. The Kimmels acquired the home and two adjacent parcels from Carson’s widow, Alexis, in 2007 for about $46 million.

The estate, on a bluff of slightly more than 4 acres, centers on a modern showplace designed and built in 1978 by Malibu architect Ed Niles. Its 7,083 square feet include a living room with a copper-and-glass sunken fireplace, an updated kitchen, a media room and a wine cellar. A 30-foot-high glass ceiling filters natural light in the indoor arboretum.

Chris Cortazzo of Coldwell Banker and Linda May of Hilton & Hyland hold the listing.

Explore Story
The creative streak that feeds Gerard Bisignano’s real estate acumen can be traced to a pivotal moment in his early teen years. “My dad was a war correspondent in Vietnam,” says the Palos Verdes native.
0
0
0
Explore Story
In the late-1980s, Marco Rufo was a Boston transplant attending UCLA and working part-time as a limo driver. One of his steadiest clients was the head of a Japanese conglomerate.
0
0
0
Explore Story
Interior designer Lorenzo Cascino—the brand ambassador of Italian design firm Visionnaire—has fully outfitted this glamourous yet inviting Beverly Hills retreat with a wealth of luxe amenities, high-end materials and bespoke decorative elements throughout.
0
0
0
Explore Story
Local Realtor Justin Miller finds an innovative new way to help clients purchase property Written by Wendy Bowman…
0
0
0